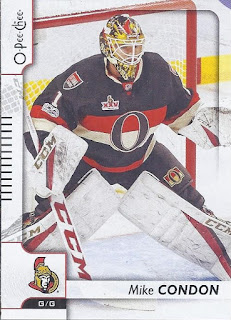 While I did get a retro parallel in the first group of packs, here's my first base Senators OPC card of the season. Also, although he did get a couple of cards in late releases, this is my first Sens card of Condon. 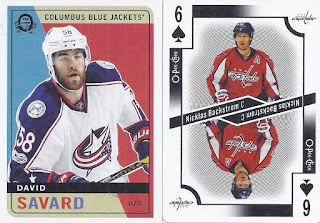 David Savard looks so baked on that retro parallel. There's another one of the playing cards as well. 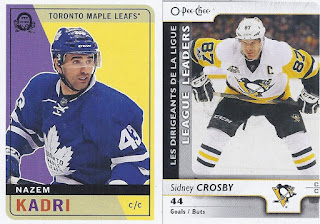 There's the League Leaders portion of the SP, and this time the retro features a Rangers alum. 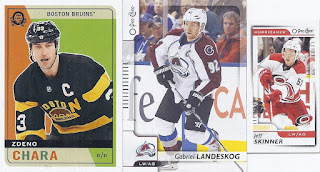 Rangers alum here as well, both in full-size and mini format. Of the retro parallels I landed, Chara's the major name of the bunch. 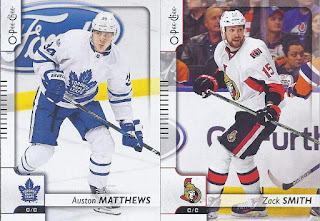 Auston Matthews leads the way in this year's set, being in the #1 spot. Another Sens card as well. 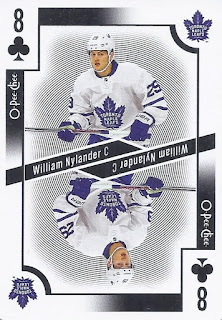 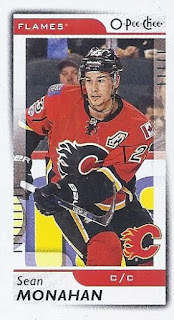 A mini! These are about the same size as the minis you'd get in Ginter. 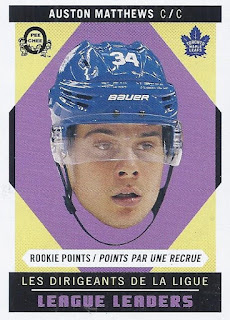 Halfway there!
Posted by buckstorecards at 11:03