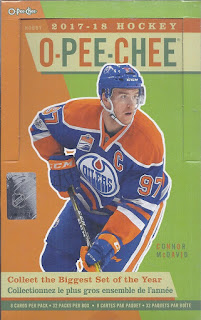 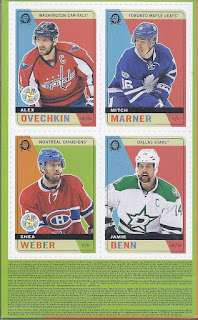 But I should show off the bottom of the box as well. Since cards on the box bottom are always a nice thing, even if OPC is the only product that does it. 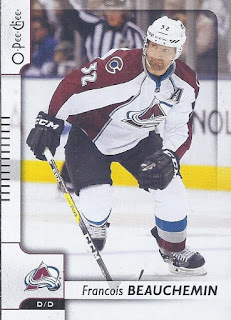 Something a little different this year. There's still a border, but some of it is faded for a little bit of full-bleed. 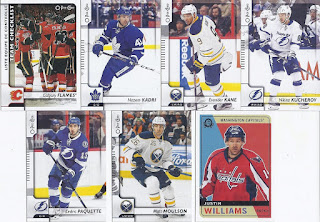 The rest of the first pack. I'll just hit the highlights the rest of the way home. The Williams is one of the retro parallels, falling 1 per pack in the hobby releases. The Flames checklist is part of the SP portion of checklists, rookies and highlights. The SPs are there, but unlike with something like Heritage this past season, fall at a rate of 1 every other pack to make it less intimidating.

As with MVP, no Golden Knights content in this. 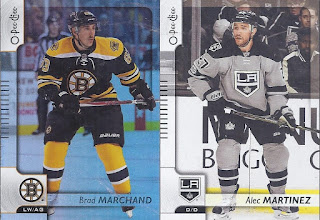 Pack 2 shows off the first of the rainbow parallels. These are 1:4, but I really wouldn't mind if these went away. There doesn't seem to be a need for them with there being a separate Platinum release. Since there won't be third jerseys this season, I'll take what I can get from the early releases. 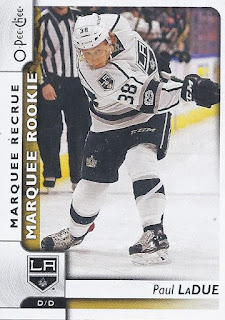 Pack 3 shows what the rookie base design looks like. 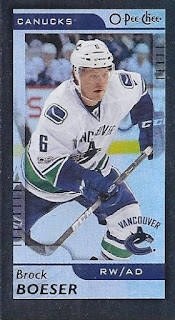 Pack 4 shows off another insert set - minis! These are actually the black foil parallels, which are 1 in 21 packs. There's nothing on these to indicate that these are rookies.

Pack 5: Another alternate jersey, a checklist, and another returning insert set with the playing cards. These are 1:8, with the Aces being 1:200. 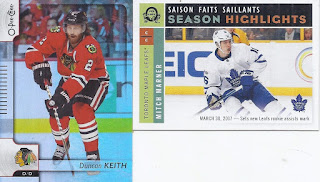 Pack 6 with another foil card. The retro this time around is one of Season Highlights from the SPd portion. 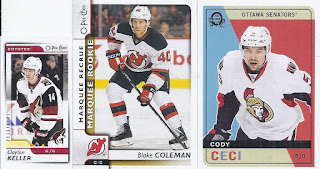 A regular mini. Another SPd rookie and my first Sens card of the box finally shows up in the 7th one. 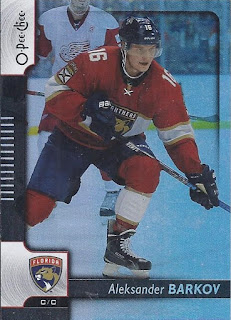 And a foil card ends this, but this is one of the black parallels /100. The odds for these aren't given, but in the past these have been two per box.