Time to put a dent in my set build with the first blaster of 2017 O-Pee-Chee of the season. 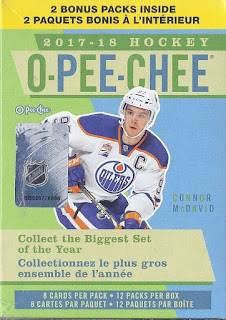 And here's the box bottom cards. 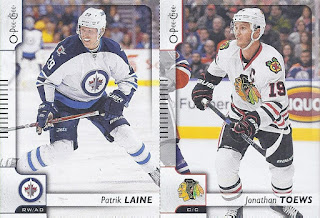 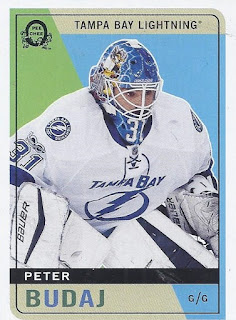 I'm only hitting the highlights through this, and a pretty great way to start this. I've got a mask binder card, featuring Peter Budaj's usual Ned Flanders themed mask, and since he is with Tampa Bay, Ned is shown as Thor. Because why not? 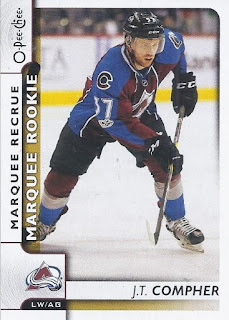 Each pack in the blaster will either have a short-print or a retro parallel. Here, I got one of the former, a Marquee Rookie. 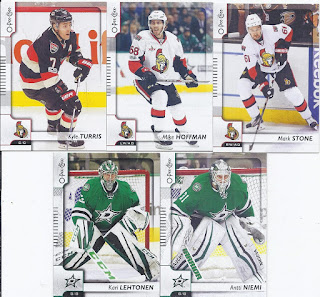 There's a theme in this pack. Stars goaltenders and Senators. 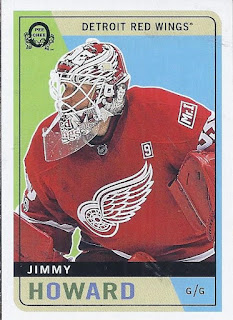 When in doubt, scan the Retro parallel. Even better when it is a mask binder certainty of Jimmy Howard. Nice look at the "Mr. I" patch, too, as well as Gordie Howe lurking on the side. 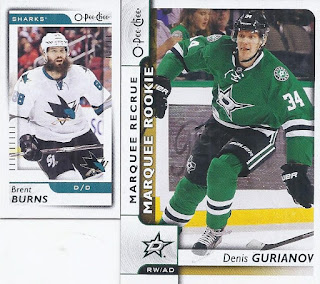 MINI! And a short-printed rookie.

A shiny. Brandon Dubinky appears in the easiest game ever of "which road game was this photo taken during?". Plus the knowledge that they use different photos on the box bottom cards than on the regular cards. 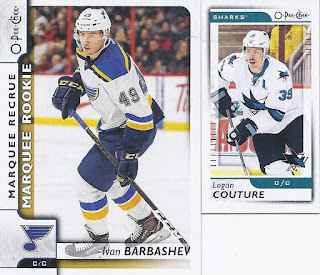 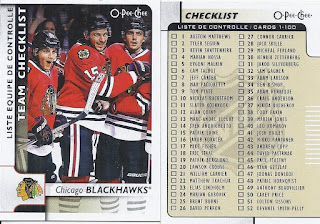 My first SP that isn't a rookie - the Hawks team Checklist. And a regular checklist thrown in for good measure. 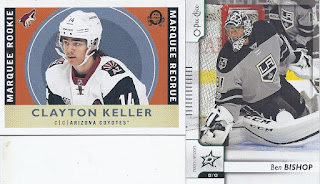 A rookie card and a retro parallel as well! Sweet, and of one of the more hyped rookies in the early releases. Ben Bishop is also kinda interesting, as it is a 'traded' card, very much a rarity in hockey releases. 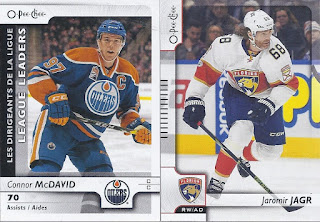 I hope this isn't Jagr's last OPC base card. But he did go out with a nice mullet-y entry. Connor is also from the SP portion of the set. 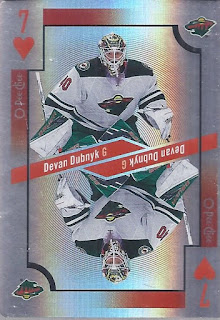 More shininess, but this time in playing card format. These are 1:66 packs for blasters, so along with the Burns mini, I did land a couple of tougher pulls from the retail product. The regular cards are 1:17, and I struck out on those. Which makes sense given the better pulls from the rest of the packs. 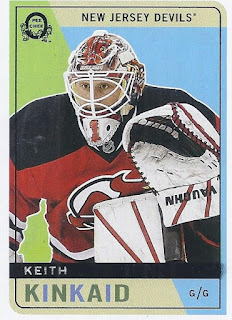 I'll end with another mask binder retro in Kincaid.

There you go! I have no clue when I'll get the wantlist up for this, but I do want to get more than 80 percent of the way through first.
Posted by buckstorecards at 08:30