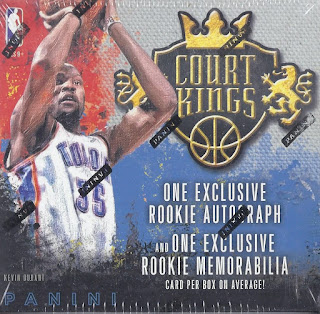 Time for some retail stuff. This could also function as a stand-alone set, as all the base cards, parallels and inserts were exclusive to these boxes. In addition to the promised hits, there are 10 base cards, 2 parallels and an insert. 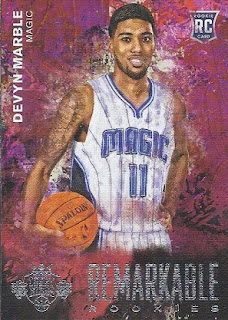 These are the base cards from the 50 card set (subset?). I hope you like that background... 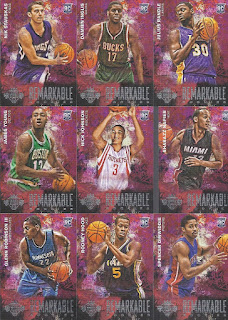 since you see a lot of it. Not too much of interest among the base cards, but at least the Robinson and Stauskas will find a new home. Unfortunately, I just sent out a bubbler last week, so it will likely wait until after the Expo. 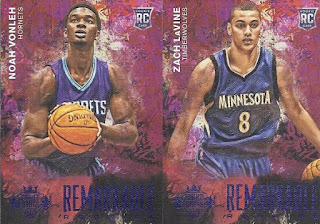 Not much different about the parallels. Blue foil and numbered /499. 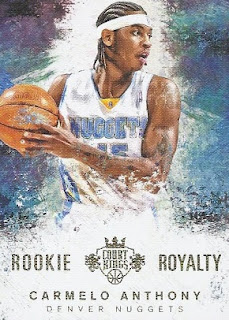 The only non-rookie card in the box was this flashback to Carmelo's time with the Nuggets. This theme was continued in this seasons release, as this subset returned in box topper form. 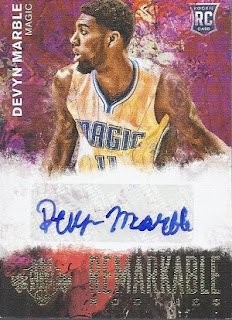 Devyn Marble is already out of the league, playing in Europe last season. I can parse all the letters in his last name, though. That's always good. He might be the only person who has a more legible sticker auto than for on-card autos. 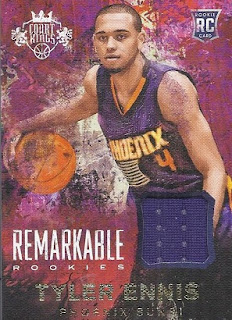 The relic does fall into my PCs, since Tyler Ennis is one of the Canadians in the NBA. He's bounced around since this card, with stops in Houston, Milwaukee and LA.

And there you have it. Next up, I stick with the retail theme and a product that was originally Target exclusive: 2014 Threads.
Posted by buckstorecards at 08:34