After being busy with box breaks over the past week and a half, back to my old friend the repack. Up first, the Dollarama double feature of a surprise bag and a $1 hanger. Starting with the cheaper of the two. 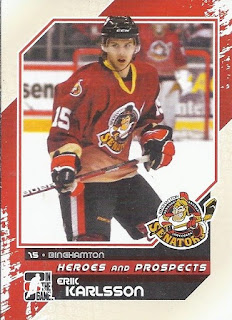 2010 ITG Heroes & Prospects - Erik Karlsson - The reason I went for this one. Erik was already with the big club at this time, so he's more Hero than Prospect here.
1991 7IS - John Spoltore 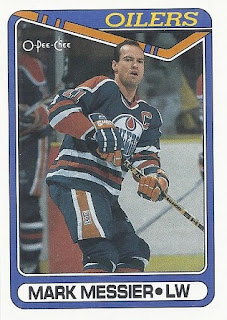 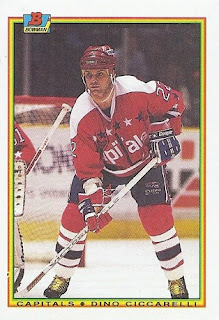 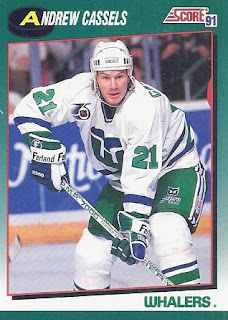 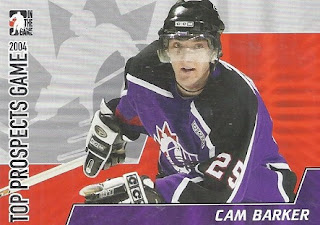 2004 Top Prospects Game - Cam Barker - I had no idea this was even an insert set. My first of these! 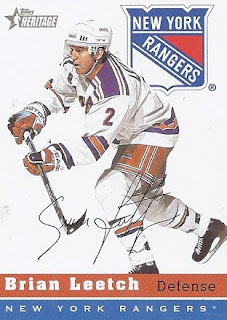 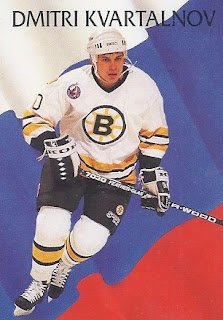 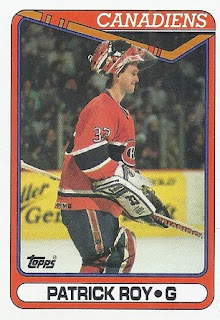 I wanted the Karlsson. All else is a bonus, and the Leetch, Barker and Cassels were nice bonuses.

The Score pack contained nothing of note. 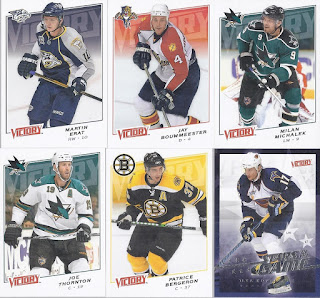 I've already put this base set together, so I was hoping for an insert I didn't have previously. The Kovalchuk counted there.

2 of the 3 2000s cards were throwback designs, and all three such cards in this post were from different companies. How can one not love a design based on 1971-72 OPC? 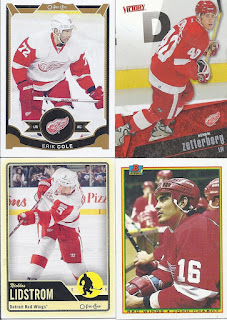 And only one of the cards in the Original 6 pack was a junk wax card, and 2 of the three others are pretty recognizable names. That was Lidstrom's last card from OPC before being a part of the veterans portion of future sets. Not quite on par with his 2012 UD base, but still nice.

I have no complaints about this. A solid grouping from this trip to the Dollarama.
Posted by buckstorecards at 13:06