And now, the 2009 packs from the repack. 2 packs of Philadelhpia and 1 of Bowman. 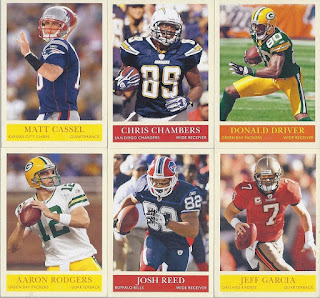 Philadelphia has a kinda Heritage-y feel to it, with the cards being more cardboard-y than usual, and the backs not being very colourful. There's a Bills card lurking in this, and for those who lamented the lack of a Packers clip earlier this week, Rodgers and Driver give an excuse to show one: 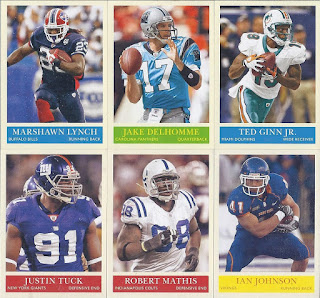 Another Bills card in the second pack, although Lynch appearances just remind me of how he was given away to Seattle for a couple draft picks that didn't amount to much. 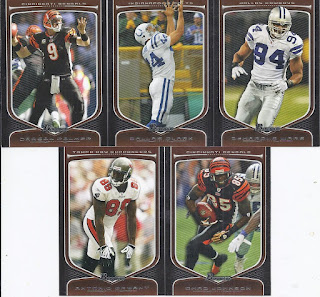 I usually balk at scanning the entirety of 10 card packs, but these are divided up nicely enough to make logical separations of the groups. There were 5 veteran cards in the Bowman pack. The Dallas Clark card, with the photo including a stretch outside of the border, is nicely done. 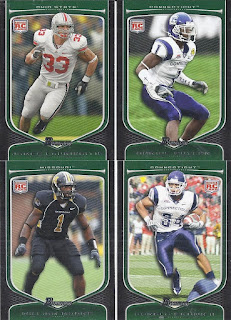 A quartet of rookies. Darius Butler is the only one of this group still active, as James Laurinaitis hung up the cleats earlier this week. 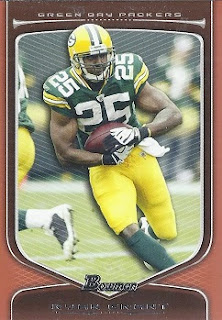 Finally, an orange parallel. And another opportunity to use the other Packers clip.
WOO!
Posted by buckstorecards at 11:06