Look What I Found!

In a drawer that probably hadn't been opened in about a decade, this was contained within: 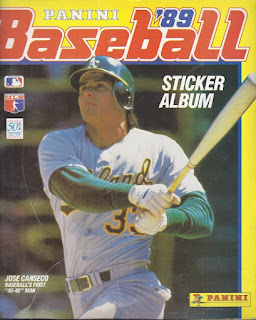 Time for a trip down memory lane! 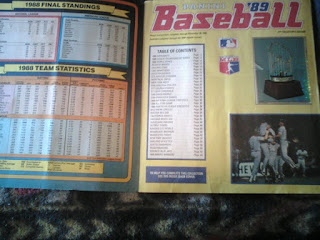 The inside of the cover recaps the '88 season. Only two stickers here, those being the puzzle pieces that formed the trophy. 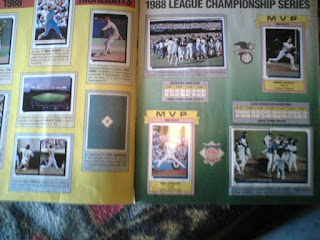 Highlights from the season on page 2. Lights at Wrigley, 40/40 Canseco, and Browning's perfect game are among them. Doug Jones' record for consecutive saves at 15 shows how things have changed concerning bullpens since this was released. LCS on page 3. 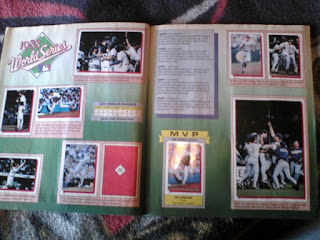 The World Series gets 2 pages. I like that Game 1 shows the celebration with the team as opposed to Gibson's famous trot, just for being something different. The 4 sticker team celebration is the only 4-sticker puzzle in here. 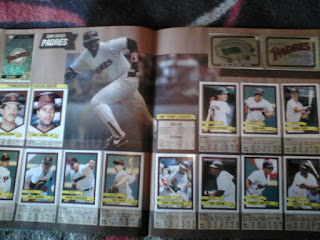 This is what a completed team page looks like. Logo, stadium and team lettering in foil across the top, with the paper stickers starting with "Tomorrow's Headliners", followed by pitchers, catchers, infielders and outfielders. Since the TH portion included the 88 Rookies of the Year among them, these are more second year players as opposed to entirely rookies. There were 3 future Hall of Famers among them - Roberto Alomar, Craig Biggio and Randy Johnson. 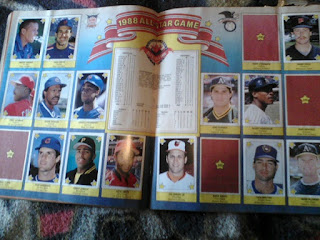 All-stars as the centerfold - and positioned nicely so the staples don't ruin it. 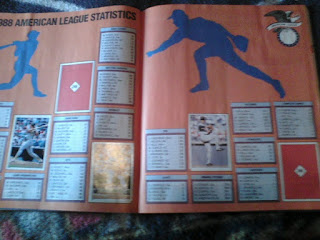 Along with the various league leaders on either side, before the AL portion of the album starts. 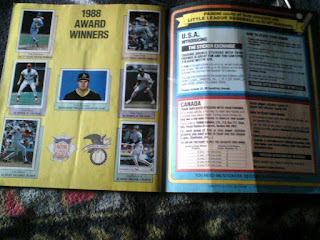 Closing with award winners. I doubt that supplies have lasted long enough to use the information on the back cover to complete the album, so I've added the needs to my set wantlist at the side. No better time than 28 years later to finish the thing!
Posted by buckstorecards at 04:14