Time to summarize another envelope to show up at Chez Buckstorecards. 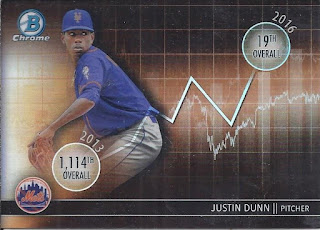 Starting off with a Mets card from an interesting-themed insert set, especially one in a prospect/draft themed set. As the graphics indicate, it salutes those who were drafted in late rounds out of high school, but underwent "Draft Dividends" to move up after their NCAA stint. Justin is not the lowest (original) pick in this set, as Daulton Jefferies 1162-->37 takes that honour. 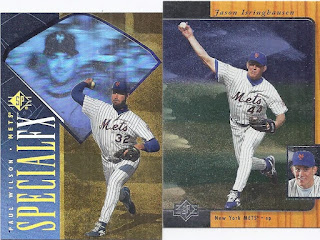 2/3 of Generation K in somewhat shiny form. Sounds good to me. 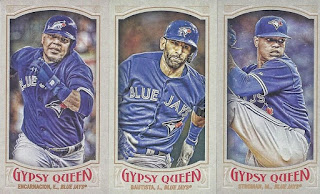 Jays content in mini form! That should get me ready for next week's actual GQ release. Even though there won't be minis in the 2017 release. 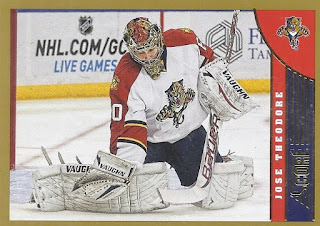 Time for a shift over to hockey with a new card for my mask binder, or a random addition to my gold parallels from 13-14 Score. Either or. 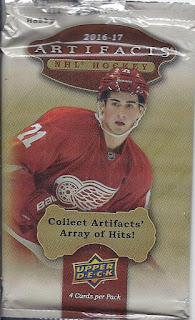 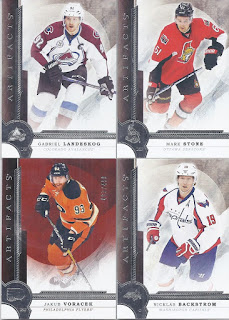 The big two here are the non-numbered base cards on the top. A Senator and Kitchener Rangers alum are a great start. The Voracek continues to fill up my next serial-numbered insanity mail-out, currently at about 55 cards. Poor Backstrom. 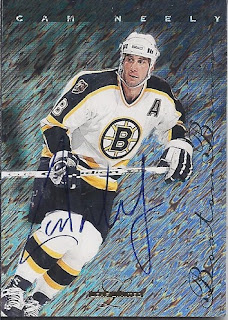 And the big card. While it isn't a certified auto, it still is enough to reach the "Who cares if it isn't certified - it is Can F'N Neely!?!" Dang. An auto of one of my favourite players of my youth. What a killer way to wrap up a trade post. Thanks for Cam, and I'll try to be on the lookout for Sacramento Kings and Washington Redskins goodies at the Expo in May.
Posted by buckstorecards at 13:53