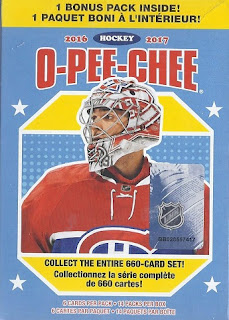 Time to end this with a blaster. 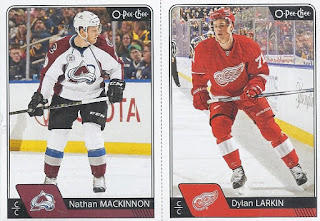 Box bottom cards! These actually use different photos than the regular base cards. I'll probably separate them and send the Larkin off to TMM at some point. 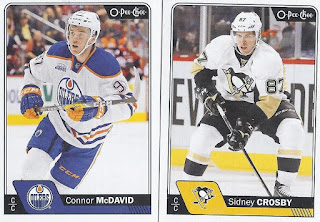 Although these aren't SPd, it is nice to knock a pair of the bigger names off the want list (which I should have up next week). 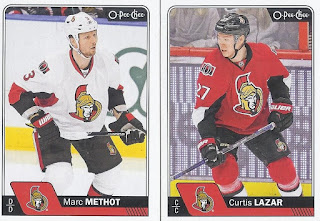 2 Senators in this box. 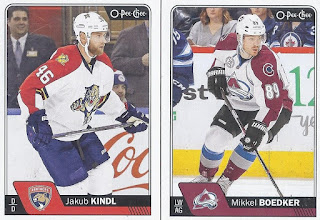 And a pair of Kitchener Rangers alum. 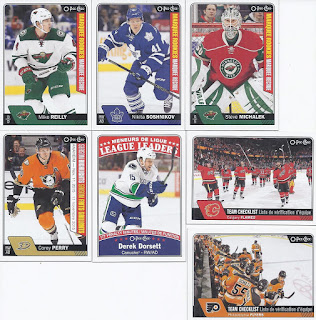 The base ends with the expected 7 SPs. I don't like that they are SPd, but they did a really nice job this year with the team checklist cards in terms of photography. Although I wouldn't be upset if at least one of them used the traditional "team photo". 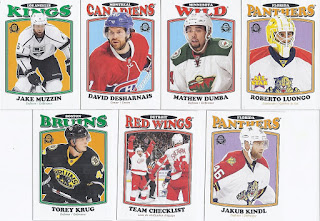 The Retros. Kindl makes his second appearance in this blaster. I'm probably the only person happy to get 2 of his cards in the same box. 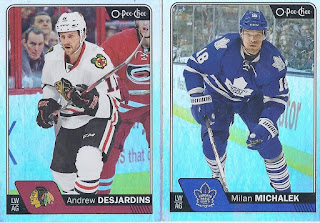 And these two shiny cards end the week of OPCs.

I've enjoyed the week, and made a major dent in the wantlist. I'm tentatively putting it at about 150 cards, with less than half of those being from the SP portion. Hopefully, I can dent that even more before, and then finish it off as best I can at the Expo in May.

Posted by buckstorecards at 11:54