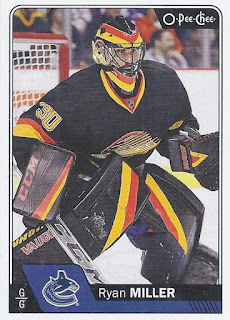 If only they had used the old school Canucks logo to go alongside all the throwback equipment sported by Ryan Miller, this card could be perfection. Still pretty cool, though. 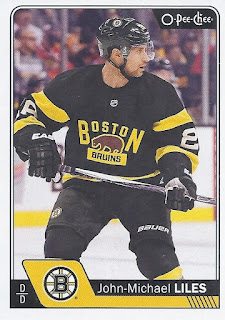 One great throwback jersey deserves another. 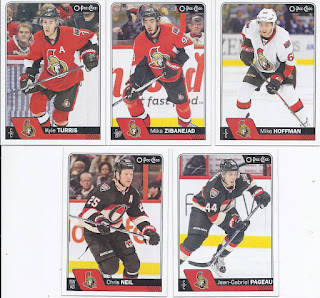 After going  0-for-72 with any Senators content in the first group of 9 packs, the second batch more than made up for this. It was also nice to see a variety of uniforms among the base cards, after nothing but home red among the Series 2 base. 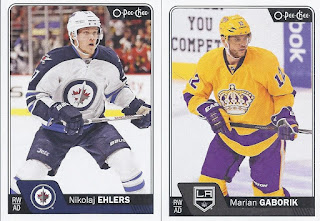 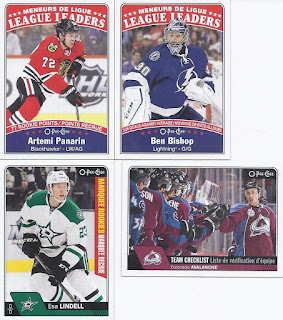 The SP content wasn't the best. While the League Leader content was new, the other two were both dupes. In fact, this is the third Lindell I've pulled. 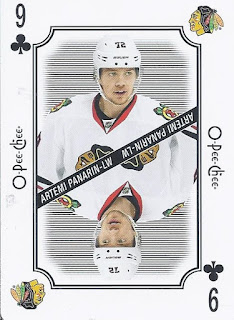 If the Aces in this weren't horribly short-printed, this might have been a fun set to try and build. 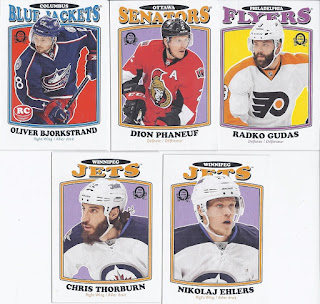 No other inserts here, so I've got to be content with some retro cards to end this bunch of cards. And they're a worthwhile bunch. More Senators content is always welcome, along with the second appearance of 2-14 baby Ehlers. I'd added the base one to my collection even before this box, and a parallel from the retro set is a nice addition as well.

A couple interesting cards with retro uniforms, and some parallels for some of my PCs. That's a pretty good bunch of packs. 9 more packs get summarized tomorrow!
Posted by buckstorecards at 05:51