So many cards for different binders left among the rest of the trade package from Dennis @ Too Many Manninghams. Here's a whole bunch of things from the mailer that aren't enough for an individual post per category, but might be too miscellaneous for a single post. 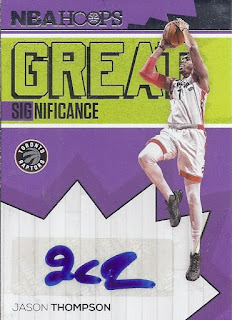 Although I knew that this one was on the way, it was still my favourite in the package. This autograph of 1/4 season Raptor Jason Thompson was a hit for the front of the Raptors binder, but it also was his only card as a Raptor. He spent last season in China. Or at least that's what his wiki article claims. As a bonus, we get a rare appearance of an auto not-signed using an ultra-fine tip. 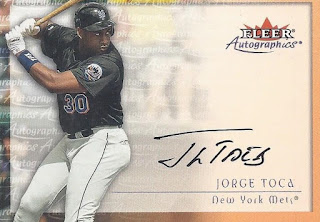 One autograph deserves another! 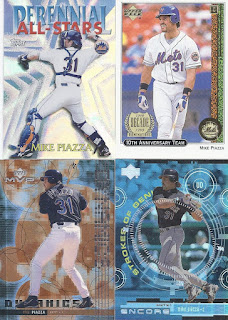 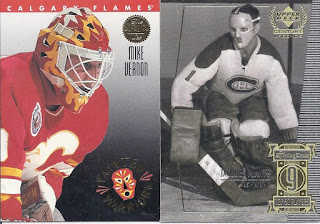 I usually balk at adding mask cards without a paint job on them, but do make an exception for iconic ones like Plante. 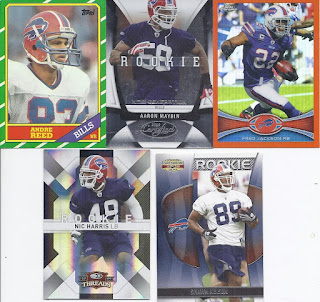 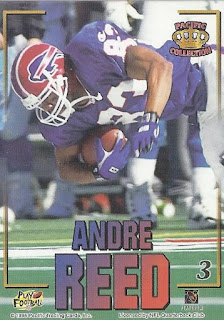 And here's another Andre Reed card. 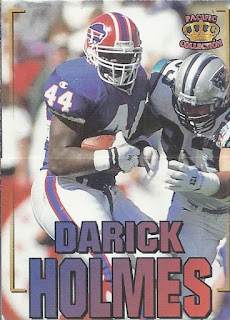 Or is it a Darick Holmes card?

And I still have more to get to, but that's going to have to wait until I'm in the mood for a non-card post.
Posted by buckstorecards at 11:55