Who knew that it would take the purchase of a box of cards to get me to finally put some effort into finishing this? 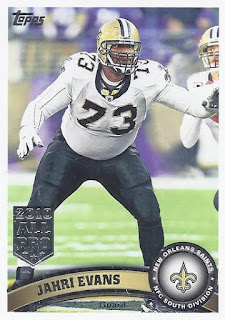 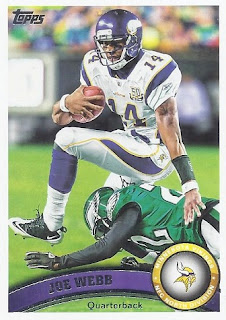 Joe Webb - While a player leaping over a tackler might be a frequent photo for a card of a running back, not so much so for a quarterback.
Antrel Rolle
Brian Urlacher 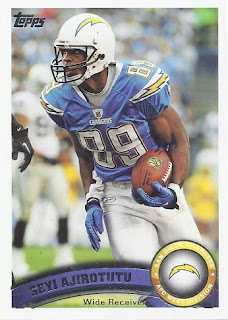 Seyi Ajirotutu - Throwback uniform and the best name in this pack.
Kevin Boss 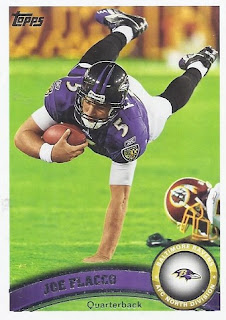 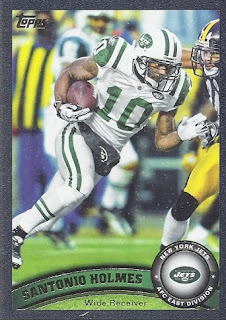 Santonio Holmes - Black Parallel - These fall 1 in 15 jumbo packs, and are numbered to 55. Not that bad of a player to get as well.
Calvin Johnson - Topps Town
Payton Manning - Super Bowl Legends 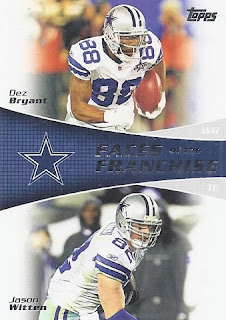 Dez Bryant/Jason Witten - Faces of the Franchise - My goodness! Both players still on the team. That is 6/17 for the box overall.
Ed Reed - Game Day 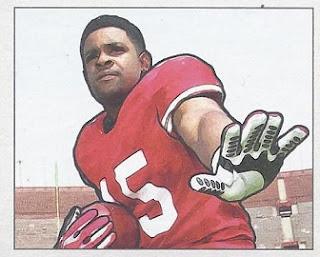 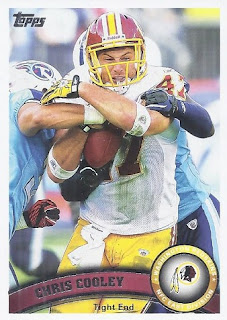 Chris Cooley - If there was a photo in this box that better showed the struggle for every yard than this one, I didn't see it.
Jerome Simpson
Brandon Pettigrew
Jacob Tamme
Vince Wilfork
Roddy White
Justin Smith
Antonio Brown 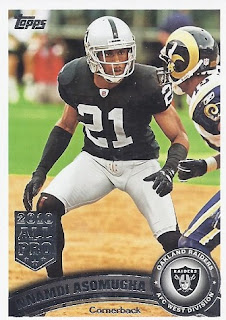 Nnamdi Asomugha - I miss seeing infield dirt on cards. Sadly, the only place you see them any more is on Oakland cards.
Chris Johnson
Denarius Moore
Colin Kaepernick
Aldrick Robinson 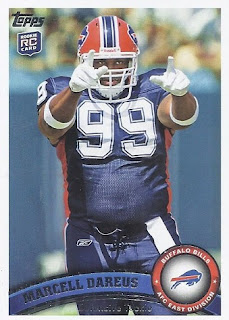 Marcell Dareus - A Bills card as this pack draws to a close.
Nathan Enderle

And there you have it. 1 pack left, and it contains the toughest pull that I landed - one that falls 1 in every 861 packs. That's next!
Posted by buckstorecards at 09:44