Back to the box. 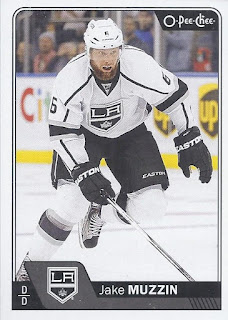 To be honest, the base cards in this portion were not the most interesting bunch. If I had to pick a favourite from this group, I'd probably opt for this Jake Muzzin card where the beard makes him seem Amish.

I did say this group was pretty blah. 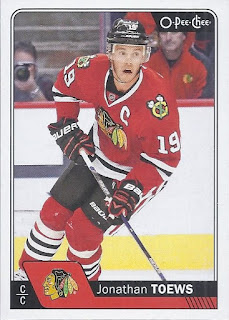 An honourable mention to this Toews, only because you have someone taking a photo directly across from the person who took this photo. 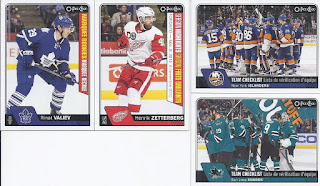 Here's the SP content from this group, and the second time I lament not getting the Leafs player I was looking for (Nylander, mainly because I didn't want to have to get that card on the secondary market). 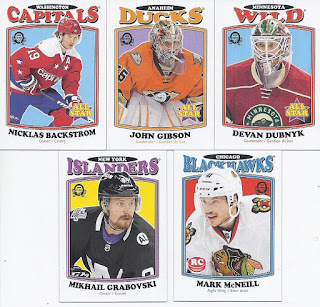 A nice mix among the retro cards. We see how the All-Star base cards and the rookie base cards get modified for the retros, as well as a nice look at the Al Arbour patch on the Isles jersey last season. The Gibson is a dupe, so that one will make its way to my Rangers alum collection. 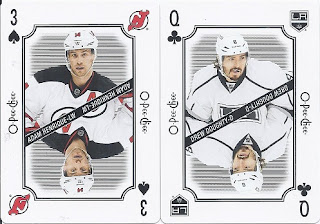 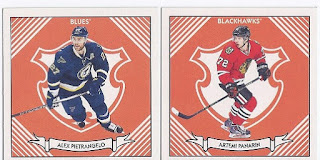 And there's a surprise in this bunch as I land 2 of the V Series C cards. These are 1:32 in retail boxes, so this was a pleasant surprise to wrap up this post. Artemi is actually a dupe, so that will be part of a future 2*3 Heroes mailing.

There you have it! 1 more post to go to wrap up this box!
Posted by buckstorecards at 07:51