Zistle might be in its final days, but there are still those clinging on to the remnants. And there are some traders still there. Someone else was doing the set build of 2016 O-Pee-Chee as well, so a trade was born. 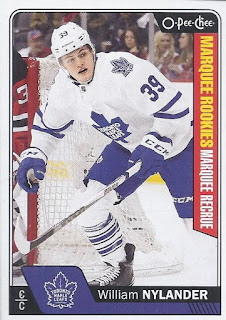 This was probably the big rookie in the bunch of SPs that I still needed for the base set. I had to unload several of my SP dupes to get this, but am really happy this is out of the way. 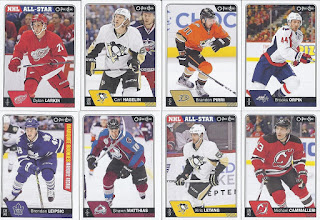 With all the Wolverines alumnus in this grouping, you'd think it was a trade post for Too Many Manninghams. Nope, just 8 cards, and another SP off the wantlist. 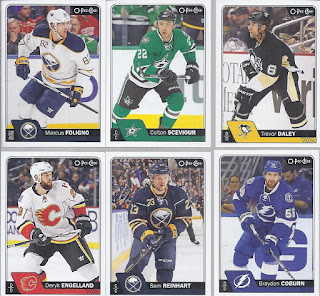 And the final 6. Engelland is the really interesting one here, as this marked his first card since his rookie debut in the 2009 season. Stuff like this makes me appreciate the larger set, since it does allow for players who you wouldn't expect to get cards to have them.