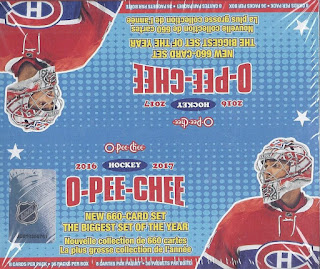 I opted for the retail box over a hobby box for the simple reason that there are more base cards. Hobby boxes are 32 packs, with 8 per pack, and one of those being a retro parallel. Retail has 36 packs, and only half of those contain retail parallels. SPs fall at a rate of 1 in every other pack on both of them, as well as with the blaster I'll hopefully get to post on Friday. While SPs do form a significant part of the set, they aren't SPd to the level of, say, Heritage. Hanger packs even contain 3 SPs per hanger. Despite these being half-rookies, the SP isn't too intimidating.

Time to hit the highlights of the box in easily-digested 9 pack bites. 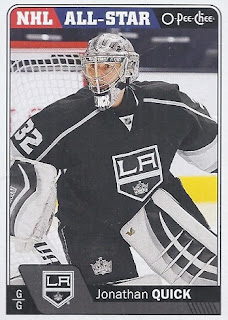 Starting off with #1, literally. This is card #1 in the whole set. There really is no position of honour with being card #1, as #1s over the past few seasons have ranged from Martin Brodeur to Scott Darling. 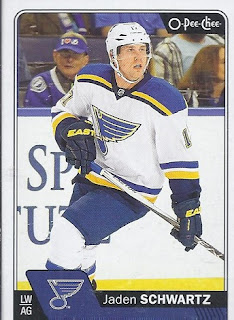 This is scanned not so much for the photo, but for the Tampa Bay Lightning visor sported by the fan behind the glass. 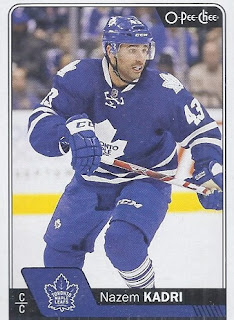 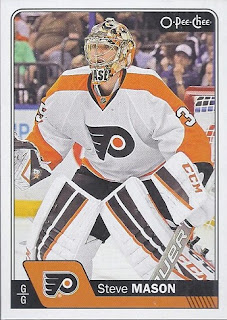 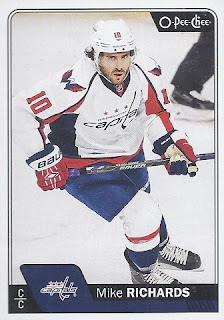 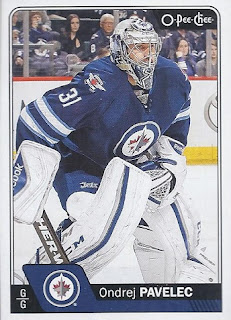 If for no other reason than my ability to use the BRUUUCE label to go with his Springsteen themed mask, here's Ondrej Pavelec's base card. 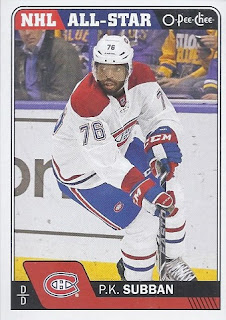 And to close out this bunch of cards, one of the last PK Subban base cards where he will be with the Habs. 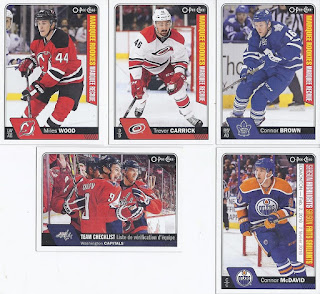 A nice mix of cards among the SP portion of the packs. That's not the Toronto Maple Leafs card (Probably not the first time I'll be saying that this week) I was looking for, but it was still a need. 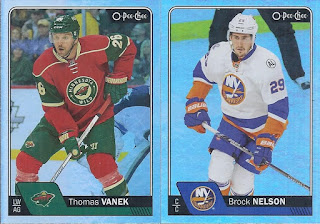 Here's the rainbow parallels. Is this really a needed thing with OPC Platinum now a thing? 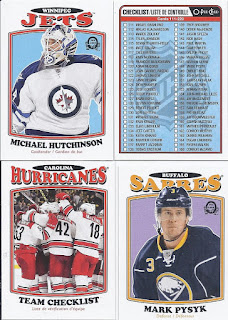 Here are the retros. Since the team checklists are horizontal cards, they have to crop the photo differently with these. Poor Victor Rask ended up on the cutting room floor this time around. 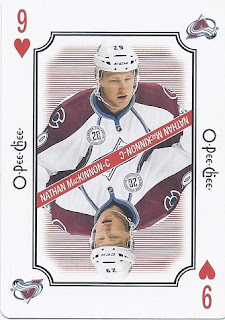 Here's one of those playing card cards to end this. 3 more groups of 9 packs, then a blaster to go!
Posted by buckstorecards at 10:24