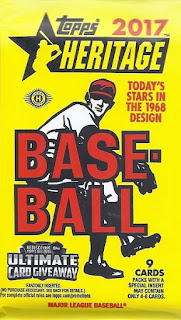 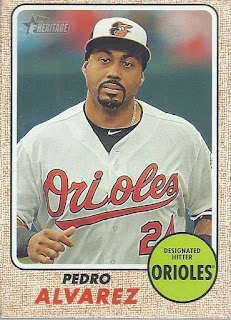 And here's my first Heritage card of the year. I guess it is in OK start - I love the minute font used for the position, and I kinda like the burlap background as something different. Plus, the photo stands out from the rest. 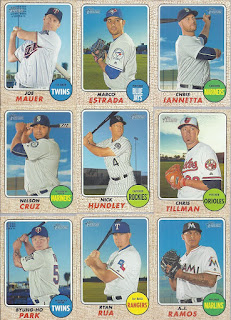 It stands out because it isn't a photo of the player's upper body posing against a blue sy backdrop. Wow. That is dull and repetitive. At least the actual 1968s would occasionally get the stadiums in the background. Combining with the expanded SPs (even with perfect collation, you'd bust a master case and still not get the complete set), I can't see myself busting too much beyond these packs.

But at least I got the nice 40th anniversary Jays patch on the Estrada. 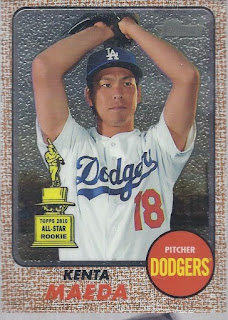 At least I landed a shiny parallel. 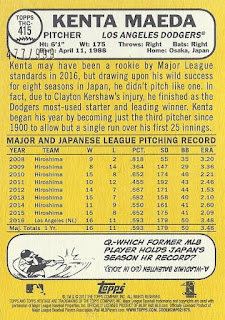 But this /999 card will be Super Traded away at some point. 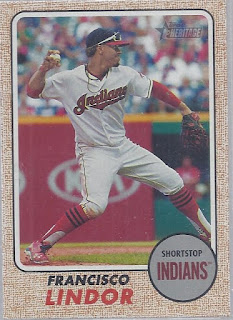 Along with the Alvarez, this was the only card in the 2 packs that wasn't the generic blue sky photo. This is the action parallel of Lindor, meaning that both cards that would count as SPs by the numbering scheme technically were not. Yegads.