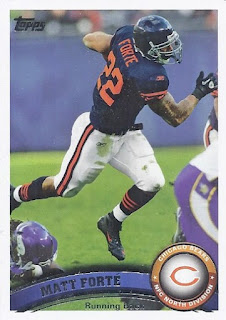 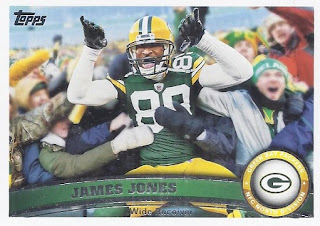 James Jones - Every large base set should have at least one Packers card with a Lambeau leap on it. 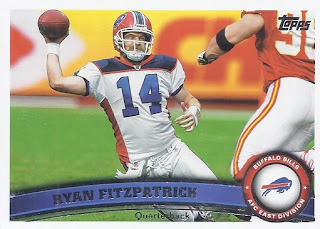 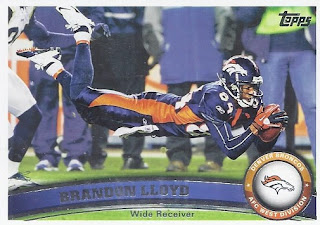 Brandon Lloyd - I hope after all this effort he didn't drop this pass upon landing.
Vincent Jackson 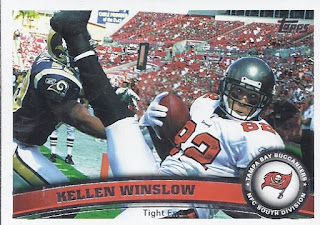 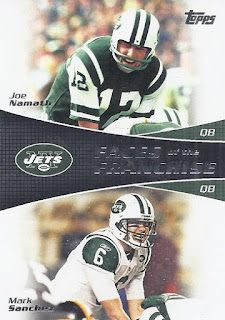 Joe Namath/Mark Sanchez - Not counting legends, only 6 of the 18 players featured on these cards were still with the team as the supposed FotF.
Frank Gore - Game Day 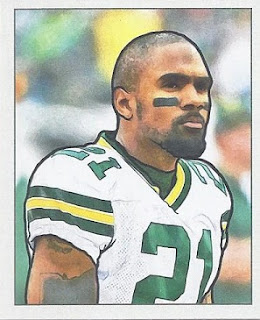 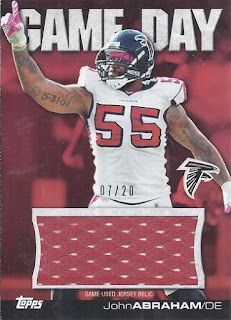 John Abraham - Game Day Jumbo Relic /20 - This was the 1:861 jumbo packs pull I alluded to yesterday. You'd think something numbered that low would have a patch on it, but I guess not.
Darnell Dockett 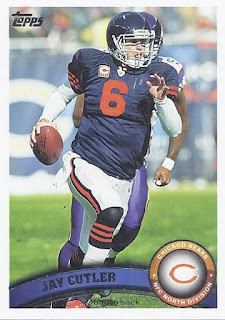 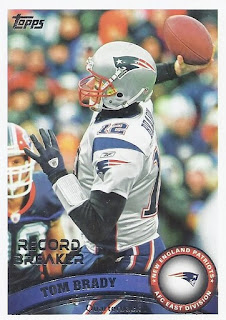 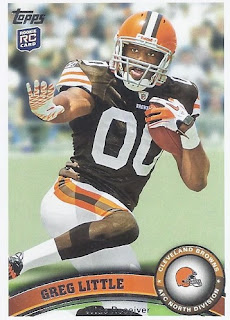 Greg Little -  And that's the end of the box.

A good ending, and perfect collation. Not one single dupe among the base cards. Combining it with some cards I already had, I'm only 5 cards away from the base set. That made it a lot of fun to put this together. All 3 of the rookie hits were of people still in the league, including a former MVP. The 4th was of a player who has since retired, but was a low numbered pull. Plus, getting a bonus hit is always a good thing. Assembling most of the set through packs is always more fun that just picking up a factory/collated set off the secondary market as well.

And now, I'm ready to start digging into the box of OPC that is on the way. Just some envelopes to deal with beforehand.
Posted by buckstorecards at 10:26