I Could Not Resist

Since retail doesn't drop until later this week, I'm still stuck with the hobby shop option for Series 1. So, I grabbed a few packs over the lunch hour. 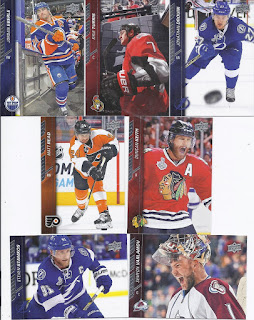 Here's the base. The Kyle Turris entrance card is my first Sens card out of this set, and a definite contender for the best photo in this pack. The Drouin puck chase is another one, and it is certainly a unique perspective of the game. That should win it, but ties always go to the Sen. I might look for another Varlamov for the mask binder. 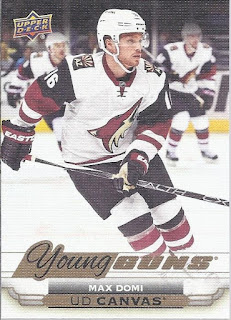 And the insert. Connor doesn't have a canvas YG in Series 1, so Max Domi might be one of the two (alongside Eichel) that you really want to get. These fall at a rate of 1 every two hobby boxes, so it is nice to get not only one of the cards, but a chase card. I'll probably COMC it at some point. 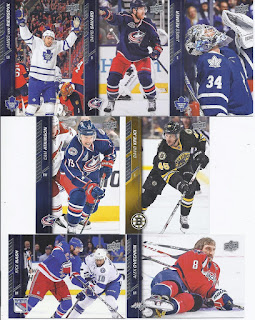 A little blander in term of photography, but I do like how the casual Ovie card contrasts against the typical action shot. 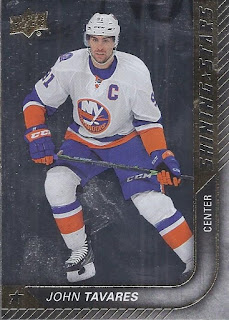 You pretty much knew that the insert would be a step down from the first pack. Not really Tavares' fault, though. 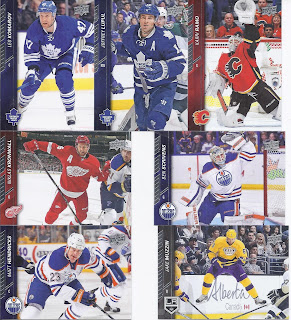 A very Canadian team pack, with 5 of the 7 base being for north of the border teams. Alberta is also lurking between Jake Muzzin's legs (I know how wrong that sounds without the context of the photo). A couple throwback uniforms are the highlight here with Leo and Jake, the latter being the best photo of the pack. I can't look at goalie photos with the pose without thinking of Patrick Roy's own goal. 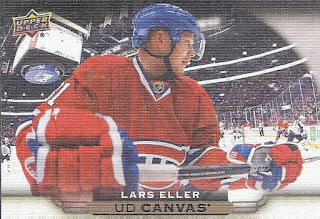 Another canvas card to wrap up this pack. Extreme close-up and it makes it 6 for 8 for Canadian teams. 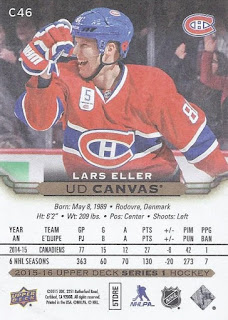 Here's the back of the Eller. The Domi had a bland back with the stats and a paragraph only. This one brings another nice second photo.

And there you have it. I swear that this will be my last UD pack purchase outside a retail environment.

Posted by buckstorecards at 14:02