One more trip through the randomizer to make another post.

That works out to: 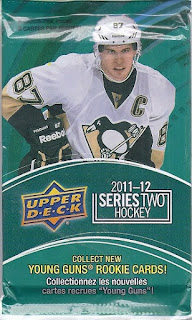 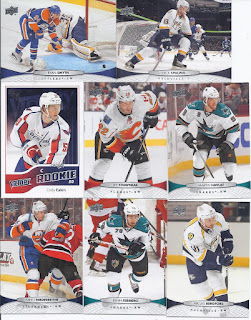 The insert Victory rookie is someone that's still active in the NHL! That's all that I ask. I couldn't remember the trade that brought him to Dallas, but it was draft day trade that included a second rounder (Mike Rinther, now with Calgary, as in the University of) for Mike Ribeiro. But I do add my second Nick Spaling of the break, as well as a nice photo on the Smyth. 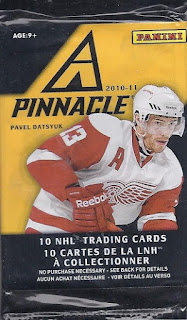 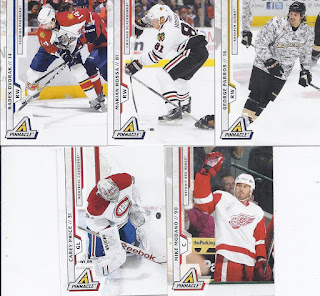 Some really nice cards here. While the Modano seems the dullest of the lot, it might be the most interesting photo as it is from his return to Dallas. The back of the card tells the story of the game/photo, which is something I'd like to see more of when card space allows for it on UDs flagship when the photo isn't the standard skating shot. How did I not already have that Elliott? Or that Iginla? 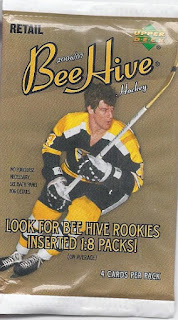 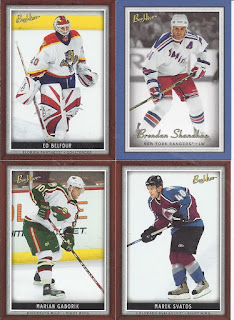 3 for 4 in terms of keepers. It doesn't really matter the team, any of the Eagle masks are always nice. The Shanahan is a nice parallel, albeit one with a majorly dinged corner. And there's a second new Gaborik for the 2/14 collection. Poor Marek Svatos is odd man out. 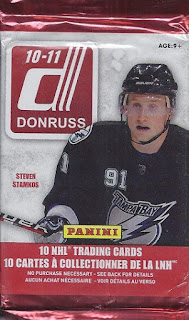 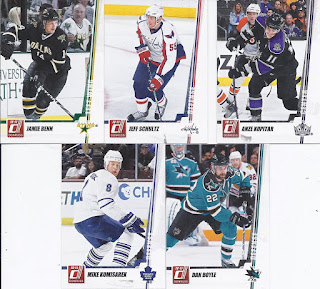 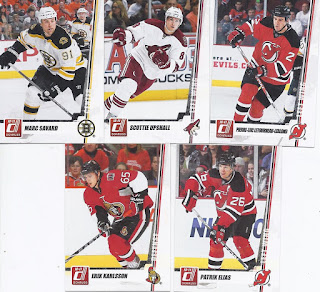 Yeah. It is 2010 Donruss, so I wasn't expecting anything major. There's pretty generic photos throughout the set, despite a Carey Price that is worthy of the Hall of Fame, so it is up to the player content to save it. A Karlsson is always nice, but spectacular name of Pierre-Luc Letourneau-Leblond makes the pack memorable. He's moved around a bit, but is back in the Devils system as of now.

75 percent of the way there!
Posted by buckstorecards at 08:06