Appropriate for the US Thanksgiving, some football cards from last season. 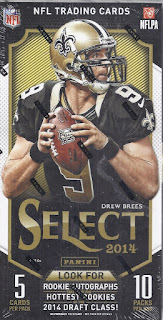 The 10 packs are split between 5 mini boxes, although one of the packs in the first box had only 4 cards. So, 49 cards total instead of 50. The box flap opens up at the right, giving a feel of a locker when busting the box. 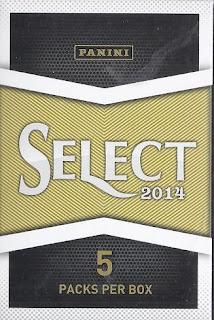 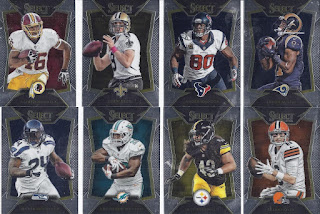 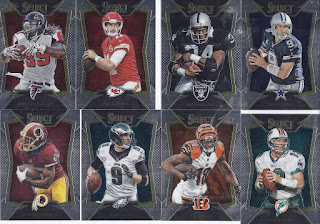 Here's the base from the 5 packs. They compromise the first 100 cards in the set, with the final 5 being retired players. As with the Sterling, you might be seeing some of those show up in future trade packages. 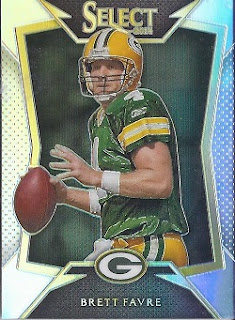 And the only parallel from the veteran portion. PACKERS! WOO! PACKERS WON THE SUPER BOWL!

It is Turkey Day, after all. 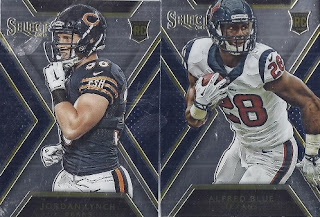 Only two base rookies among the 5 packs. 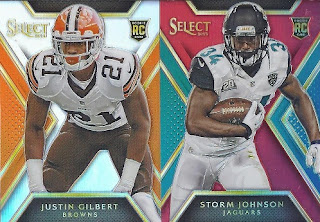 But two shiny parallels instead of base rookies. Justin Gilbert is the Prizm variation and the Storm Johnson is the red /99 version. This was the lowest numbered card in this mini box. And it is of a guy named Storm. I guess his parents thought they were naming a future American Gladiators. 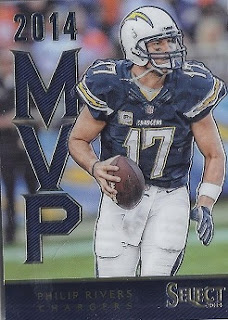 The only non-hit insert. If Rivers had won NFL MVP, I could have redeemed this card for a Blue Prizm set. He didn't. 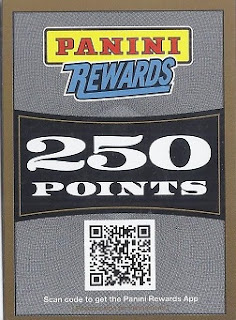 Yay! Of course, this was just after I turned in some rewards points for some new Raptors cards. 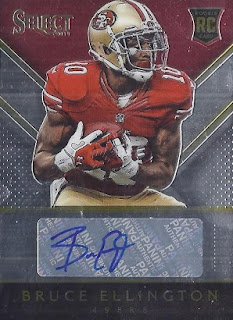 And the other. Upside: He's still active. Downside: He's had just over 100 yards receiving over the past season and a half.

Halfway through. Fortunately for me, the second mini-box was better than the first one.

At this rate, I've got 1 Select Mini Box, 4 Sterling packs and a box of 2011 Enforcers to go, but, I might take a short break tomorrow for a repack.
Posted by buckstorecards at 13:02