Stacks of Wax Part 3: Getting crowned

Might as well get the worst of the boxes out of the way. 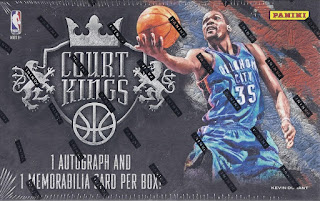 And this was it. 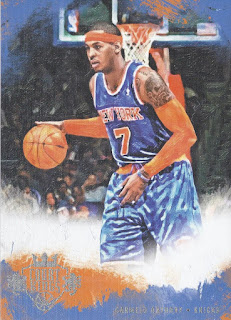 Here's the box topper. One per case comes autographed. I do like the textured feel and how the border colours match the team logo. 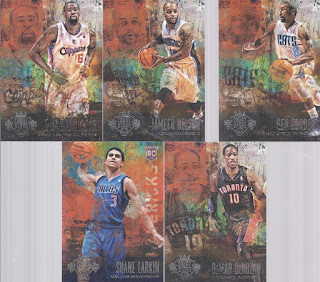 The base cards! I got a Raptors card. That's a plus. Despite the image being used twice on the front, the second image looks nice with the colour changing as it moves from the face to the jersey. The Cats stands our really nicely on the Gordon. 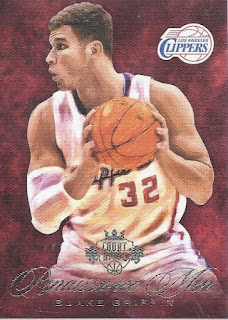 Unnumbered insert. The back describes how Blake (and Chris Paul) made the Clippers move from the "other team" in LA. I guess that's a Renaissance. 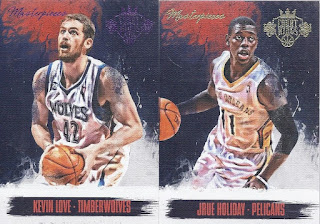 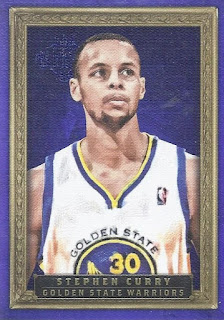 This is probably my favourite card of the break. Mainly for how the colours work with the blue on the Warriors jersey. The blue framed (and backgrounded) parallel is /75, and this, along with the DeRozan base is the only sure keeper for me. 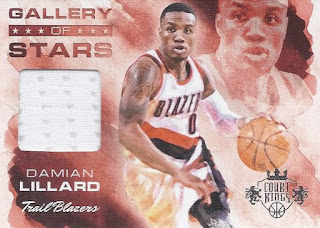 A plain white relic. At least I know Cards on Cards will enjoy this once I get enough stuff together for a more significant envelope. I think this is the second card I've set aside for an Oregon mailing. 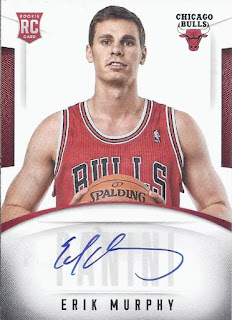 And the auto. Erik managed to play 21 more games in the NBA than me. At least it is on card, but it deviates from the Court Kings theme.  It is never a good thing when one has to google to find out who their hit was of.

At least this was bought with COMC credit.

Tomorrow, some of the Sterling packs. Or one of the two Select mini boxes. Either way, there's no place to go but up from this.

Posted by buckstorecards at 13:09