At the end of January, I showed off a soccer card of Cyle Larin, to celebrate that he became the Canada's top goal scorer in international play. But there was a few more players from the Great White North outside of hockey that I decided to throw into the mailer.  And getting to them less than 3 months after their arrival (at least for some) seems positively speedy for me. 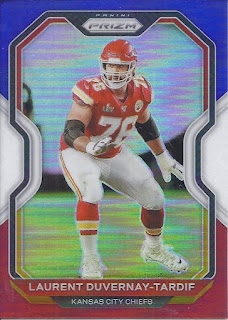 When Laurent Duvernay-Tardif was named one of 2020's SI Sportspeople of the Year, I believed that the super-rare Canadian NFLer who also went to a Canadian university would finally start getting cards outside of Instant. Turns out, that was wishful thinking as his only pack-pullable card so far has been from Prizm, along with about 40 variations. So, here's my first card of the eventual Dr. Duvernay-Tardif. 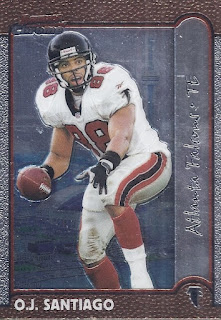 Bowman did the International thing with 1999 football as well. Only they called them Interstate parallels, and instead of the language being changed to the tongue of the player's birthplace, they just  use the license plate. 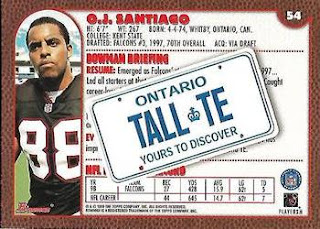 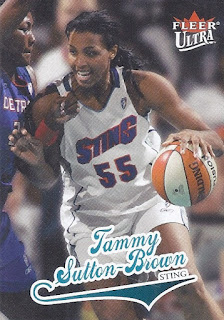 The first WNBA card in my Canadians in basketball collection. I'm surprised this didn't end up being Kia Nurse. 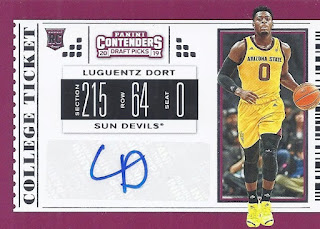 If you read my gushing over Fred VanVleet, you know that I love stories of undrafted players making it in the NBA. So, when a Canadian starts putting up a solid career with that parameter, I'm gonna hunt down their autograph. Even if it is an initials-only signature. 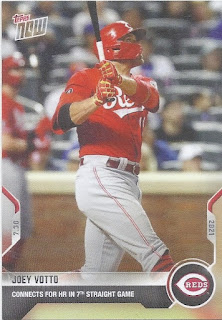 There were a couple of cards I was interested in over on Topps Now one day. There were a couple more that I could have included for my trade partners, so I ended up  buying the bundle for the whole day, and selling the remainder on COMC. I really only wanted the Jays/Mets content, but some bonus CanCon from Joey Votto's streak will always be welcome in the collection and eventual mailer. 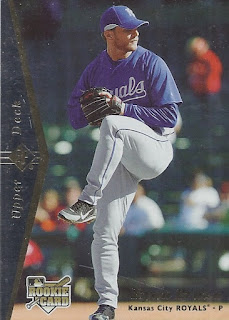 The other Ryan Braun from the 2007 rookie class, and until Calvin Ziegler, the only one with my hometown on the reverse of his card. albeit not this one. 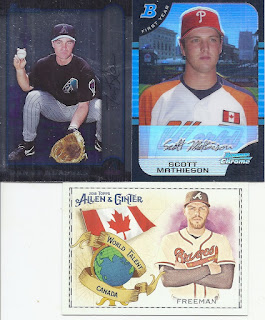 A few more, including one those International parallels I'd mentioned earlier with the Santiago. 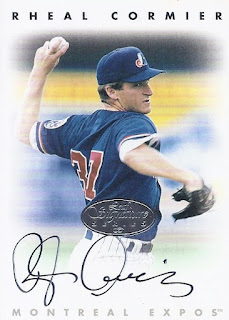 It wasn't until after hearing of his death that I realized I didn't have an autograph of his. A Canadian player who had an autographed card as an Expo? How did I not have one of his cards? Not even one of his base cards with the team? I guess when you realize your error, you might as well get the nicest card available for both those parameters. Even if it does seem ghoulish to do so right after his passing.
There you have it!
Posted by buckstorecards at 10:30