All that's left was basketball. There were several visible on the hangers - I opted for the only one that didn't have a Hoops card visible on the front. 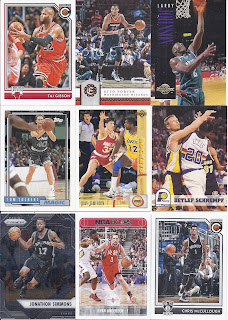 The best thing about this was that the hit was perfectly in the middle, making it easy to break this up for scanning. It is a fairly basic start, but there is an alternate jersey in there with Ryan Anderson. And while Schrempf and Johnson aren't in enshrined in Springfield yet, they are in the FIBA and Collegiate Halls of Fame Halls. Also, you probably shouldn't confuse Larry with the conspiracy-spouting former running back.
At least he isn't Eddie Johnson. 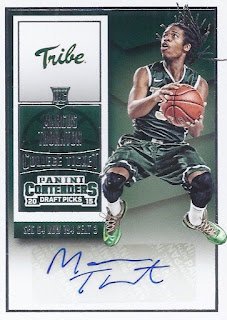 And my hit! Marcus may never have played a minute in the NBA, but he's still my first William & Mary Tribe autograph in any of my collection. They've retired his jersey at W&M, so that's still far more of an athletic feat than I've ever accomplished. He's been playing in the G-League and overseas since this card, so he still seems to be doing well on the court. 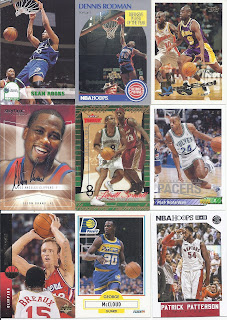 Some nicer looking sets here, with the Autographics of Brand and the Throwbacks of Sprewell. The McCloud might be my favourite here, if for nothing else than the classic Pacers uniform. Also: Raptors content! Also: Pooh! 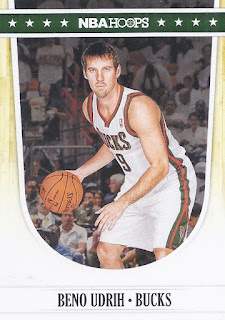 And the finale is a green screen, new team special!
Posted by buckstorecards at 17:25