I'm finally travelling again! 2 years ago, my parents planned to take a trip to commemorate the 75th anniversary of the Liberation of Holland. But 2020 was 2020, so that got delayed a year, then another year. They considered themselves too old to be insured for the trip this year, so I'm going instead. That means I'm auto-posting for the next two weeks or so. 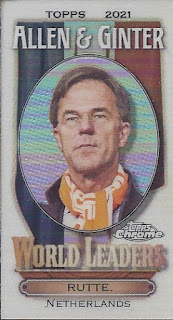 So, this posting of a card of Mark Rutte, Holland's Prime Minister is very appropriate for today. Did I acquire this card in advance of trip just for this purpose? Maybe. But more important for me is that Rutte is a 2/14 baby! So it was really just an inevitability that I'd acquire a card of his. Maybe I can find some cheesy souvenir of his as well while over there. Perhaps I should take this with me, on the 1 in a million chance that I get an IP auto opportunity. 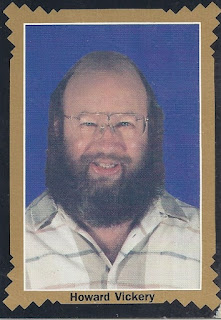 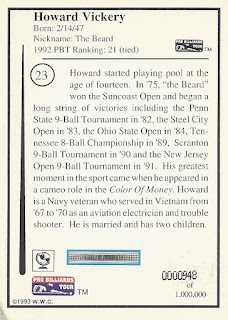 And only 1 million copies of this card! He even had a cameo in the Color of Money! I wonder if he's still among the living. Let's see what the ol' internet says...
Oh fuck. I really should google these folks that I hadn't heard of BEFORE getting their cards. From the Ohio Sex Offender Registry: 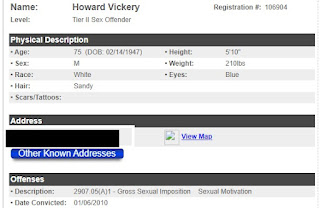 The word 'gross' is in there. And it only gets more horrid from there. If you want his address badly enough, you can find it. I don't want a TTM auto. But yeah, fuck this scumstain. He easily passes Derek Norris (domestic violence) as the worst person in the collection.
I swear that I was only wondering if he was still alive.
Fuck. This post went really dark really quickly. 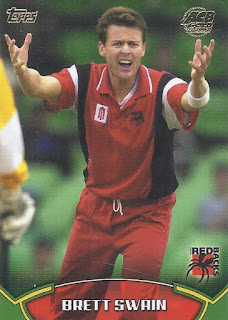 Googling "Brett Swain cricket" turns up nothing loathsome on the first page. At least my first cricket card is more pleasant than with billiards. 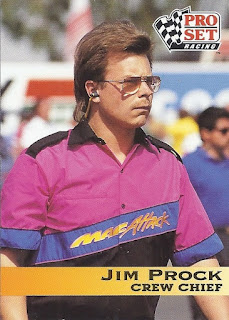 There's a haircut on a Pro Set racing card worthy of a Pro Set hockey card. And nothing on the google first page either.
Just what I want before I go away. A card of a nonce.
Posted by buckstorecards at 04:30