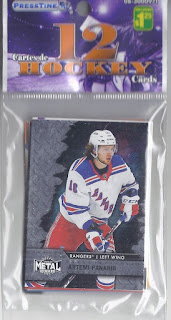 Metal Universe as the starter here! This might be my first true base card from that set. 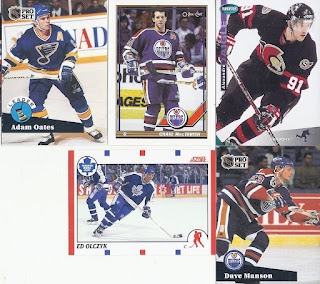 Junk wax behind it, but there's a Sens card, and a helmetless in-game photo from the time where that certainly wasn't the norm. 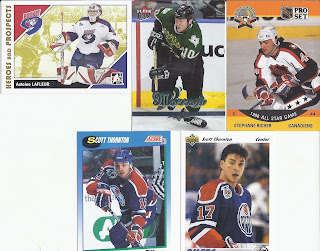 It is a Scott Thornton hotpack! The repack I showed off yesterday provided my first Pulaski Mariners card, and this one gives me my first PEI Rocket card. 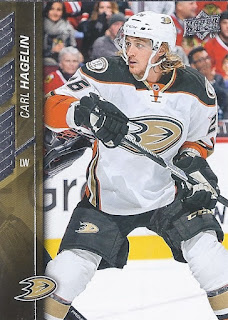 The final is filler for a future Ann Arbor mailer. 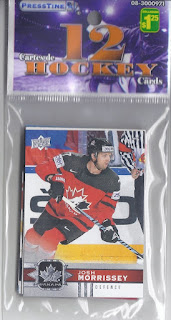 A patriotic start to #2! 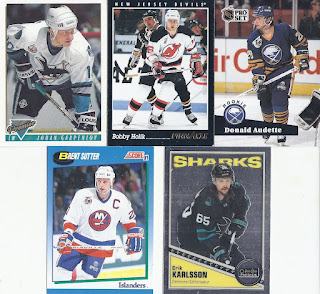 If the previous pack was Edmonton Oilers intensive, this one is pretty deep in San Jose Sharks content. The Karlsson is a retro insert out of 2019-20. I'm really surprised that his trade out of Ottawa worked as well as it did for their rebuilding, and as poorly as it did for San Jose's "let's go for it now" attempt. 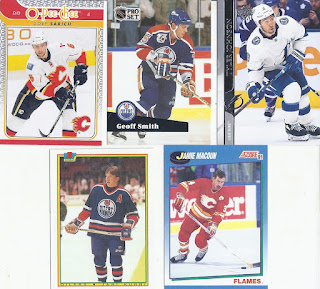 2020-21 UD flagshap sets are really going to morph into the new 1990 Bowman. It will be harder to find a repack that doesn't contain them in some form. 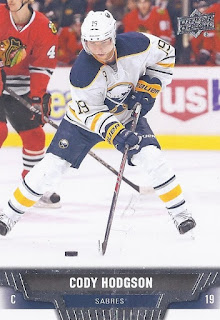 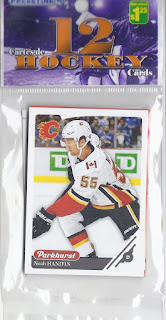 Your final pack - I really just grabbed the first 3 I saw that didn't have a flagship card on the front. So, Parkhurst! 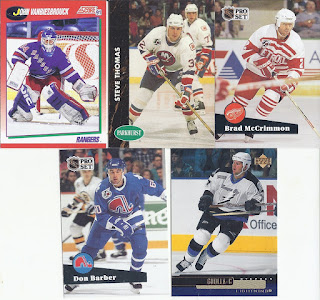 One of the most enjoyable things about these is coming across cards of players  I have zero memories of. Steven Guolla is one such player, despite being a Senators draft pick, albeit in the supplemental draft, in 1994. The Don Barber is also interesting, namely because that he's with the Nords on the card. He'd play two games for Quebec. Long live Pro Set! 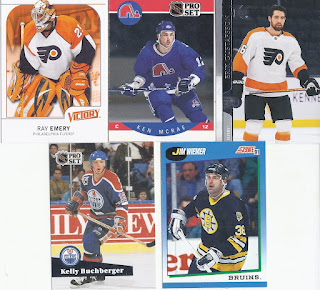 Each of these repacks contained a 1991 Pro Set card of an Oiler. While that Ray Emery is a really nice mask binder card... 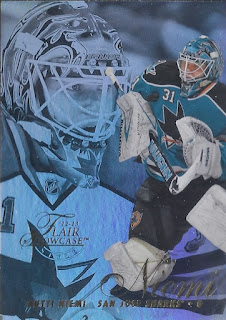 It isn't the best card for that binder when this one shows up on the back. I rarely look at the card on reverse on these repacks, so this was a pleasant surprise when I took a look at it. This is technically an insert from 2012 Fleer Retro, so even the set this was from was unexpected. Anyhow, a nice shiny finale to this, with a bonus of it being a binder hit.
There you have it!
Posted by buckstorecards at 09:04