Build My Own Rookie Anthology Box #2

Since box cost and availability are prohibitive, let's do this one more time. I set myself a budget of about 50-60 bucks at COMC (that might rise for Build-a-Box #3) and try to put together as close to a regular box as possible, without any dupes of Score or the base. What did I pick for my custom box this time? 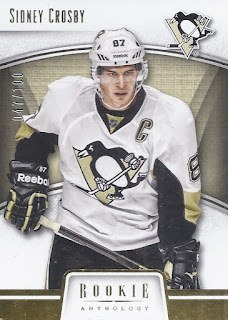 My box, my rules. So I don't have any qualms about using a portion of my budget to add one of the bigger names available in the base set for the gold parallel card. Which aren't one-per box, but it is my box, after all. 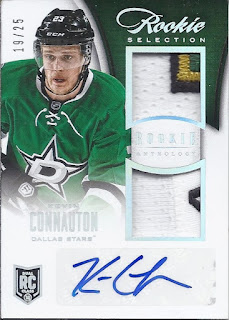 The Rookie Selections are, however, one per box. So I do have to get one of the lower numbered parallels here, having put that portion of the set together. A couple patches, one with four colours, and amother that could be one of the points from a jersey star is a nice choice. 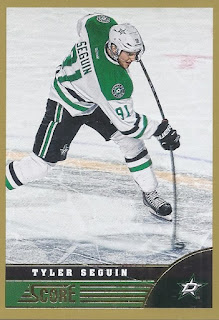 Here's the Score Gold parallel. Being as they were losing the NHL license, I could understand if the coasted through this, but here's an outstanding photograph for one of their going away releases. 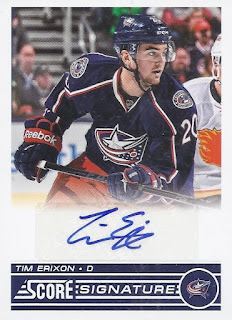 Sometimes, you have to just look for the cheapest available card that fits the criteria of not being a dupe, but still necessary as a requirement for the box. Sorry, Tim. 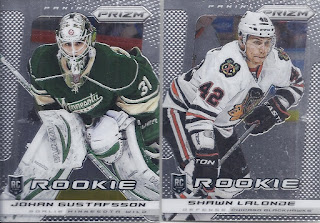 The Prizm portion of the set is getting close to complete, as I'm only 10 away from the 100-card Update portion of the set. I still need the Kucherov and Hertl, so completing this is going to get costly if I decide that I want to. But here's a couple more cheap additions. 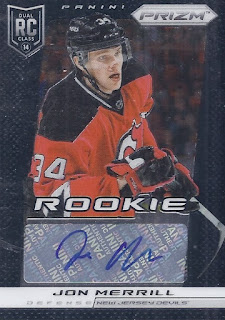 I've probably sent a copy of this off to Ann Arbor previously, so I might as well add one to my binders. 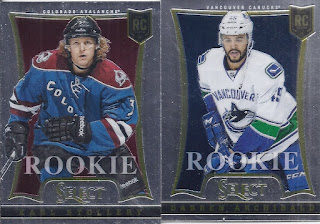 Select is probably also about 10 away from completing the non-auto update portion out of RA. The names here are less intimidating among my needs than for Prizm. Will I complete this 101 card insert set? Probably. Eventually. Just like Prizm. 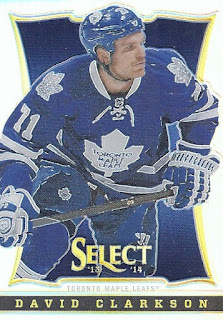 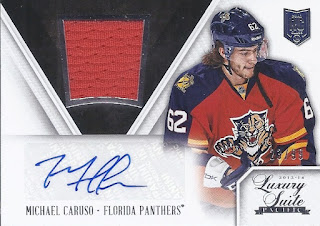 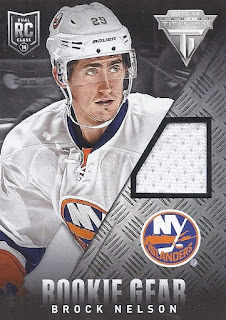 Rookie Gear swatches also seem to be one-per, so as with the Erixon, here was the cheapest available that I didn't have. 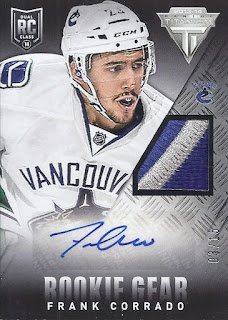 And I end up starting the post and ending it with the two cards that took up the most of my allotted budget for this box break. We have another nice patch to go with the ones showed off earlier with the Selection card. There's also a personal bonus for me, as despite it only being a part-season, Corrado still counts as a Kitchener Rangers alum.
There you have it!
Posted by buckstorecards at 12:09