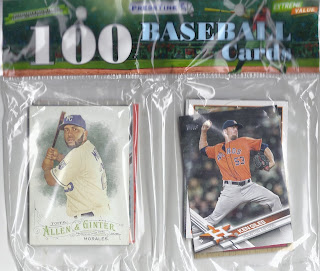 The final repackage of the big box that Dennis @ TMV sent late last year. The advertised, but not actual, makeup of 100 cards is  perfect for a 4-post series. 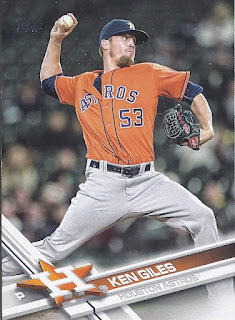 Let's start with a better look  at someone who would go on to provide Blue Jays content for the collection. 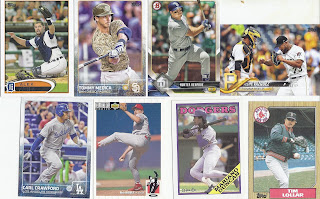 O-Pee-Chee content! YES! Even though that is offset by the appearance of Felipe Vazquez, one of the worst people to appear on a card in recent memory. There's one that I definitely won't be adding to my "To Be Donated" boxes. 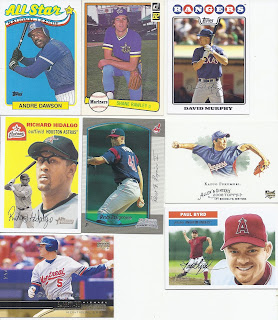 1982 would provide the oldest card in this repack. A pair of cards out of Heritage sets and the Expos appearance are the highlight for me here aside from that. 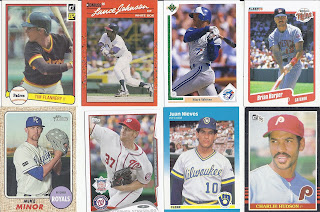 More 1982! It might not seem like much now, but I think if busting a repack-like product back in 1990, and coming across a card that was 40 years old in it, I'd be elated. The Strasburg looked a little different thanks to the NL logo on the card, and it originates from something called 'Factory Set National League All-Stars'.
There's the first quarter!
Posted by buckstorecards at 11:18