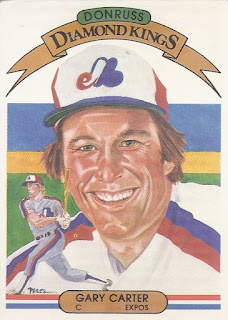 Finally, I bring this one home with the final team bag of the bubbler. 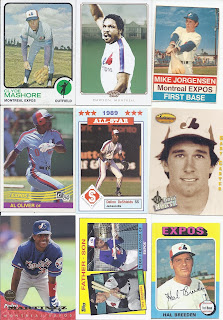 This might have been the most repack-like of any of the team bags, going all over the place with teams and cards represented. The Expos won the numbers battle here, with this very random grouping of cards. Vintage! Food issue! Minor Leagues! Everything fun about repacks in a mailer!

Bumping up the numbers for Les Expos with some Vladdy content. 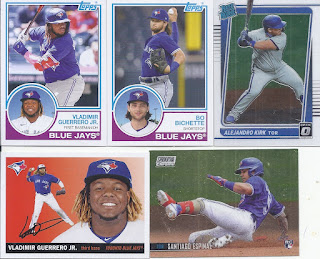 Vlad junior shows up with some the Jays content. I really like that Santiago Espinal appearance as well, as he's done well, but has been overshadowed by all the other young talent on team. 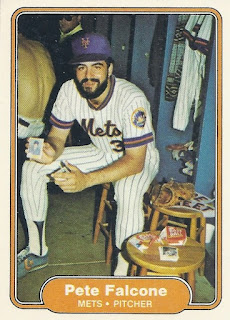 The Mets content was small, but mighty. How did I not already have this Pete Falcone classic? Even if I wasn't a Mets fan, how did I not have this? 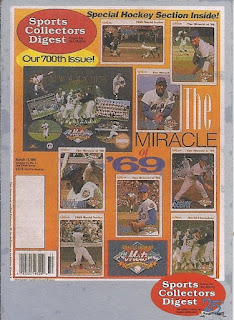 I'm at the point now where I don't really remember which cards I requested in the giveaway. But I do remember asking for this one! I've actually received that box set pictured here in a trade (I think w/ Dennis @ Too Many Verlanders) and I've yet to open it. The card itself is from 1998 and Fleer. 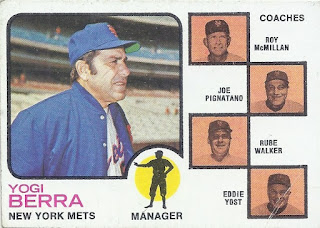 Vintage! This seems like a logical card to have with my set build of  Heritage this year ongoing. 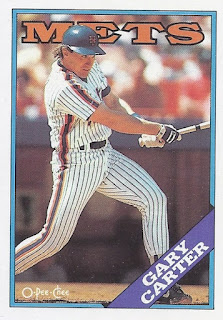 There's always room for O-Pee-Chee and its impromptu French lessons. 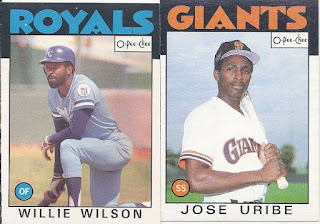 Even if they aren't PC players. Disappointingly, the "Did Not Play" is not translated on the back of his card. I'd really like to see "Il n'ai pas joue" for those seasons. 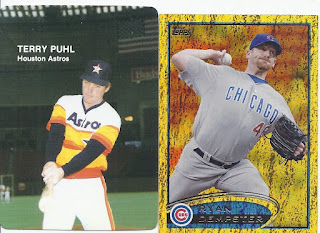 Canadiana! Terry Puhl being a  Mother's Cookies issue is a pleasant bonus. 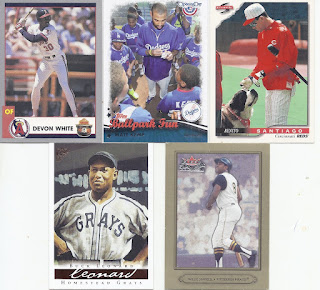 Finally, a whole bunch of miscellany to end the mailer. Sure, the first card might feature a future Blue Jay, but the best thing about it is that it is a Smokey the Bear card.  It might not be as touching as the tender moment Kurt Bevacqua had, but it is still pretty good. There really aren't enough cards with dog cameos. and I'm still salty that the dog series that made it onto the previews for Big League never came through.
Those Stargell and Leonard seem the perfect finale to  a great envelope!
Thanks for all these goodies, Nick, and hitting a lot of  my PCs.
Posted by buckstorecards at 11:10