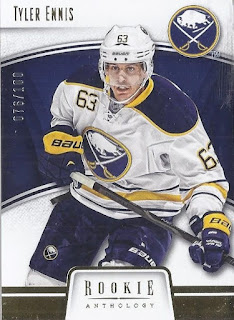 Box #10 leads off with another gold parallel. 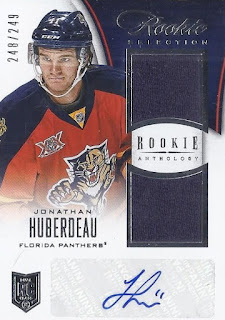 This was definitely a Huberdeau hot case, as this is the third time I've landed an autograph of his combined with relic content. At /249, this is by far the highest numbered version of his hits, beating the previous /15s by quite the margin. 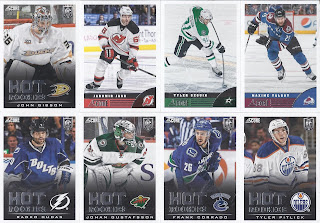 Your Score base cards. Collation of these throughout the case wasn't the best, as I ended up with 3 or 4 of the names you see here, and many not appearing at all. 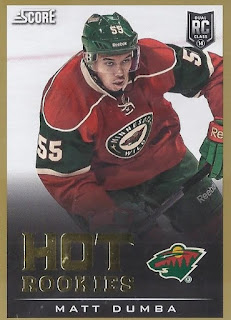 But the gold parallel was new. 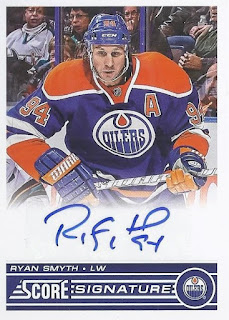 And nice veteran content on the Score Signatures hit.

The Prizm content allows one to see what the base version of that Fedun 1/1 I pulled earlier looks like. 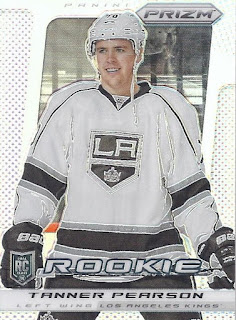 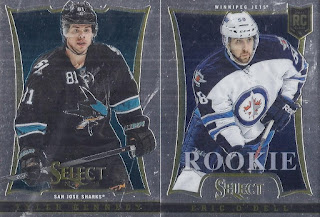 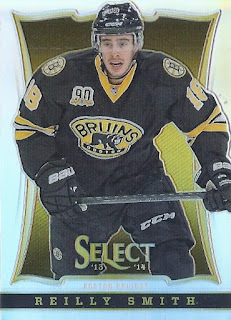 And the shiny parallel. 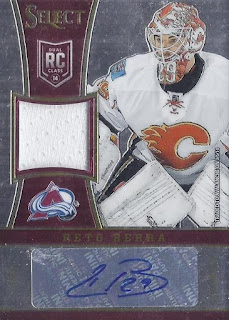 Select's final appearance in this post will be a hit. Although pretty much all of Reto's cards in Anthology listed him with the Avs, only about half of them pictured him with them. 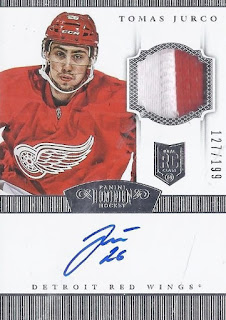 That's a pretty nice looking patch to go with an on-card auto, but it isn't my favourite card in the box. 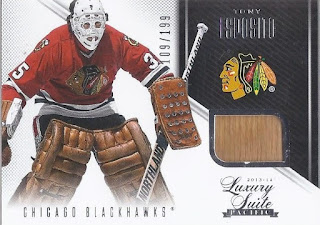 This is! A nice vintage piece of stick of a Hall of Famer is an easy win as the best card in the box, even if it lacks an autograph to go with it. It even looks like an old 70s stick, and feels like it, which is perfect for a relic hit.

And there you have it! The next box has what will probably be one of the better non-numbered, non-hits you can pull from this product. Until then!
Posted by buckstorecards at 09:10