Today will feature goodies from a box of 2019 Panini Leather and Lumber. The boxes are configured oddly, with 4 mini boxes with 10 cards with two hits each in one larger box. There's lots of colour among the cards, a nice variety of inserts, and that's enough to make me overlook the lack of logos. Time to crack the boxes!

These are the base cards. This might be the most die-cut set out there since some of Pacific's Atomic releases which had die-cuts of the team logos in the background. Generally for these, at least with my cards, if there's a bat visible in the background, it has the bat. Otherwise, it is the glove. Starting off with some Blue Jays action with the Smoak is hopefully a good sign. 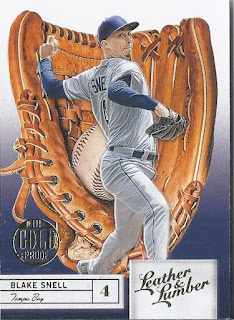 How prevalent are the die-cuts in this set? This unnumbered gold proof parallel was the only rectangular card that wasn't a hit. 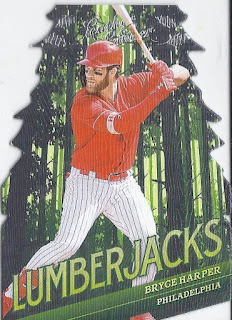 A bat-themed subset is a necessity in a set that includes the word 'lumber'. 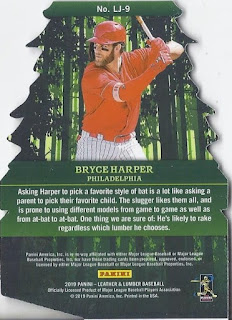 And this is taken to the point that the text on the back is about the player's bat choice. 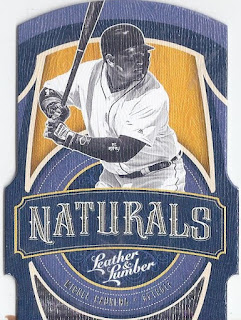 Naturals might be the most subdued of the insert sets, at least in terms of the die-cut design. 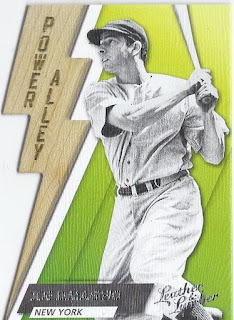 But things pick up with the Power Alley set, and an appropriate lightning bolt. 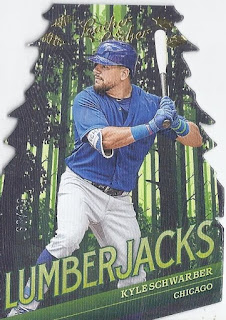 One more Lumberjacks card before the hits, but this one is a gold parallel /99. Or a bronze. Or something. 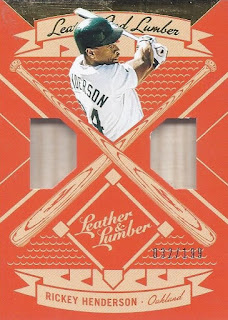 The hits start with a pair of bat relics of Rickey Henderson. While perhaps cleat relics might have been appropriate as well, Rickey still showed enough leadoff power to also make these slivers a satisfying relic. 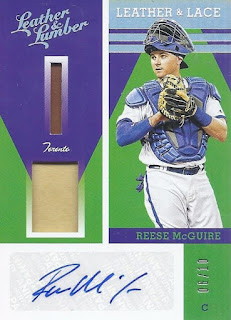 While this isn't the Blue Jays rookie auto that everybody is chasing, it is still a great auto for my Jays PC. And it includes what might be my first 'lace' relic in my collection. While I'll assume it came from the glove. I guess it could be a filthy shoelace. These two relics are also amazingly thick cards. To the point that they might be the thickest cards in the collection. By comparison, it would take 11 base cards from Titanium to equal the height of either of these cards. I guess that's one way to combat pack weighers. 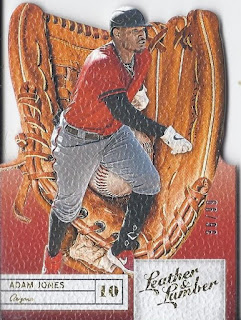 And my first parallel base card from the break. I'd completely blanked on Adam Jones now being with the Diamondbacks until getting this card.

Some inserts sets make their return from the first pack. 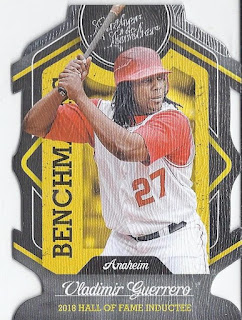 But this is new! And it is a new Vladdy Sr. The design however. Wow. Placing this card into a sleeve was not easy. 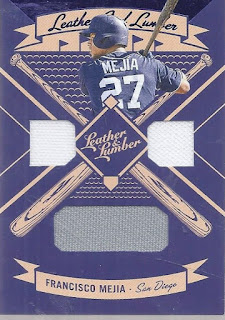 Off to the hits, and they're far less bulky than the ones in the previous pack. Thankfully. 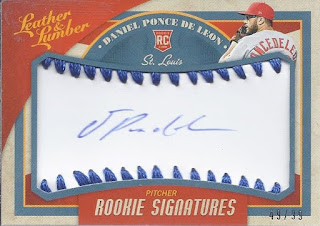 And the auto may not be a major name, but at least it is a cool name.

Your base cards. And probably my first card of Harper on the Phillies, but I'm way too lazy to check how precise that statement is. 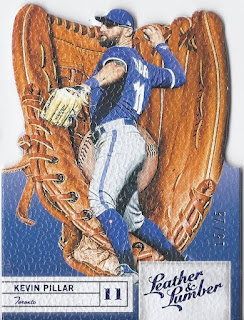 Even though I didn't land a Vladdy Jr in this box for my Jays collection, at least I landed another low-numbered Jays card for the collection. This should likely be one of the last cards featuring Pillar with Toronto. 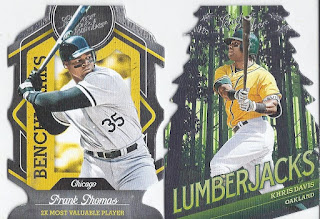 Here are the returning inserts. 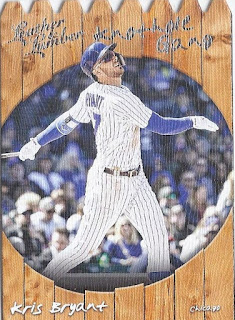 And the first of the new insert. I really like this look, with the fence and the hole design being very appropriate for a knothole themed insert set, but perhaps the image should be entirely confined to the circle? 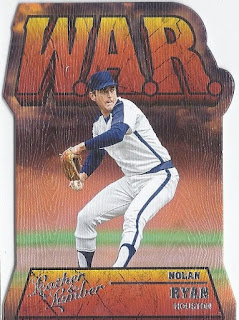 And a fairly recent statistic gets its own insert as well. 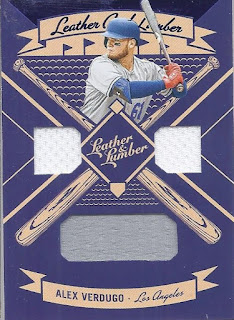 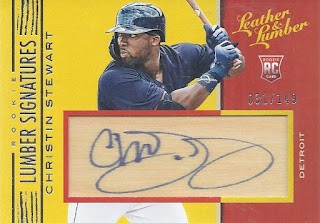 And the auto. There's been variety so far to what the autos have been on, with this sliver relic joining a manufactured baseball and a sticker.

This was the only pack where I didn't get a numbered parallel. 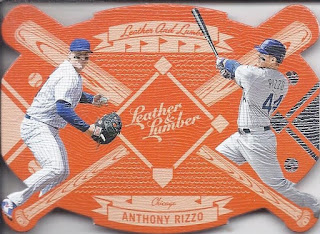 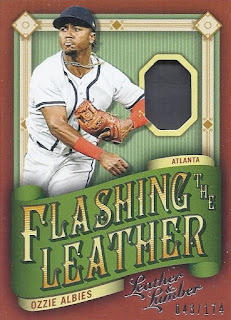 And here's some actual leather to go along with that. I do find the /174 numbering of this amusing for some reason. I guess Albies' hand was just too small to extend it to /175. But, seeing as I love somewhat outside-the-box relics, this will do nicely. 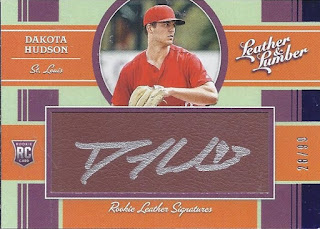 And more leather here, as the Cardinals pitcher breaks out a silver pen to sign on some leather.

There you have it! Nothing too major, but I did land some nice keepers for my Jays PC. And the colourful, die-cut designs make it a really interesting break for looking at all of the cards.

Some basketball up next, before I visit an old favourite.
Posted by buckstorecards at 05:30