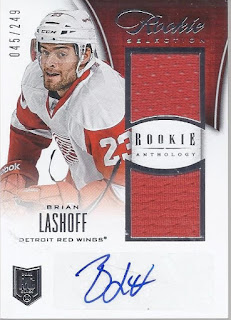 I'll lead these posts off with the Rookie Selection card, which is technically a base card in the release. Lashoff is still in the league, although he's spent most of his time the last couple seasons in the AHL. Most importantly, it is a Red Wings relic with red swatches. 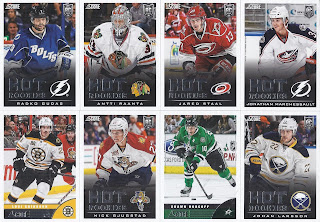 Here's the Score Update inserts. Since my tentative plan is to send all the non-trade bait dupes I land here off to my COMC account, I won't complain that Marchessault was a part of this lot. 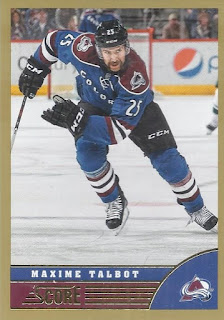 Speaking of dupes, here's one among the parallels. 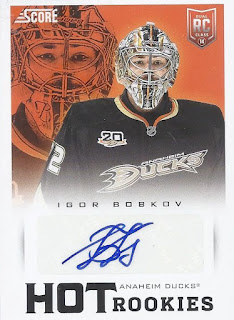 And my first Score auto from the box is Igor Bobkov. He was one of those goaltenders whose only appearance in the the NHL was staying on the bench as a back-up, but that's still enough for a card. He's been back in the KHL the past few years. 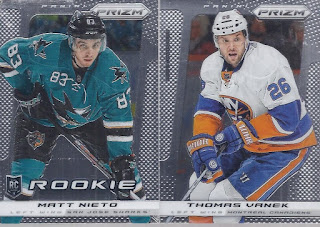 The base Prizms. I swear after this break I have more update Prizm cards from the 100 card RA portion than regular base cards from the 300 card portion. 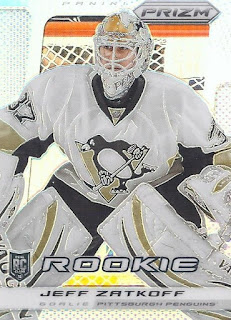 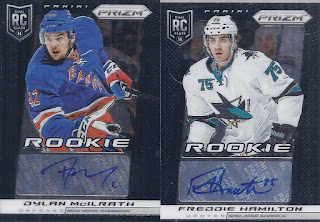 And here's a few more autographs. While Freddie appears to be out of the NHL at this point, McIlrath, much like Lashoff, spent last season between Detroit and Grand Rapids. 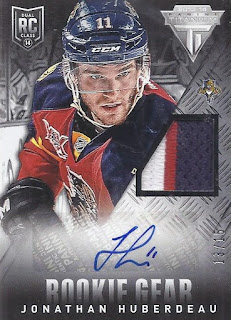 And the first box ends with a big one. A low-numbered patch autograph of a player that's still pretty relevant. This won't be the first time Huberdeau makes an appearance in this case.