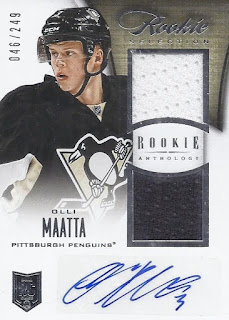 Back-to-back posts where I'm opening with a Penguins card. Olli's a little further up the hierarchy, though. 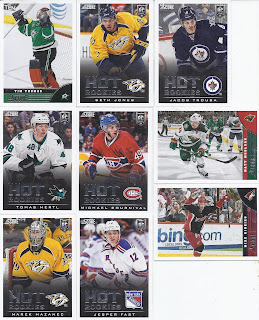 Your Score base cards. As usual, collation indicates that Hertl and Jones are in the same box. I've busted way too much of this stuff to know that. 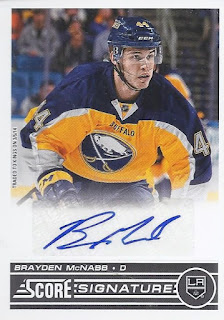 GAH! I'd completely blanked on these ghastly jerseys!  Thanks for the flashback, RA. McNabb was at least able to somewhat reduce the ugly by having this actually be an LA Kings card. He'd play a few seasons in LA, and has been in Vegas the past two years. 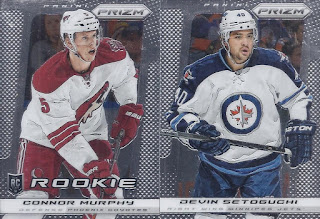 I don't want to return to recap every post I've ever done of a box of RA, but this might be the first one with more Select than Prizm Updates. 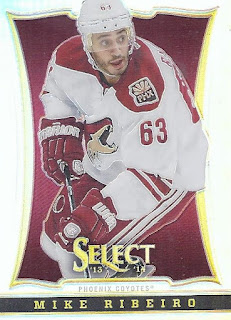 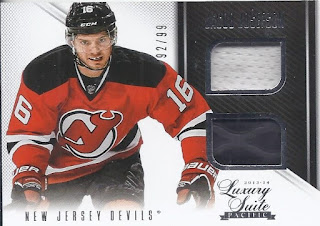 Luxury Suite returns with a swatch of jersey and a sliver of a stick. The foil on black is especially hard to read on this one, so it is poor Jacob Josefson that had to have people turn his card over to find out who the hit was of. 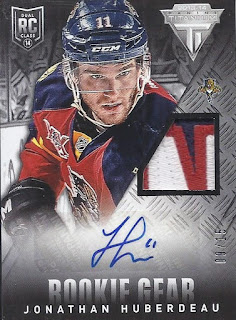 Yes, I've duped up on /15 patch/autos of Jonathan Huberdeau. Of all the players on the checklist to do that with, that's a pretty good one. Under my plans to COMC all the dupes, I'll probably be keeping this one, since the patch on this one is more interesting than the one on the other.

But that's a good problem to have.
Posted by buckstorecards at 05:15