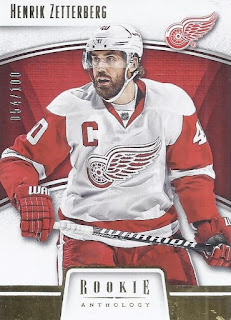 Off an running with yet another gold parallel. 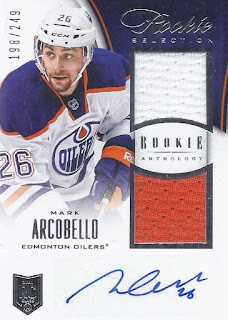 And the second last of the Rookie Selections in the case. Mark bounced around for a bit, including 4 different teams in 14-15, and has been in Switzerland the past few years. 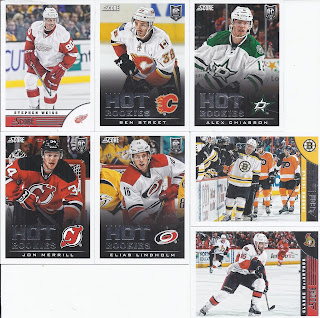 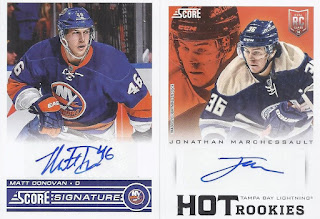 While I didn't get any gold or black parallels in this box, that was offset with a pair of autographs. Donovan has a decent looking autograph, and Marchessault has become a pretty valuable asset in Vegas. 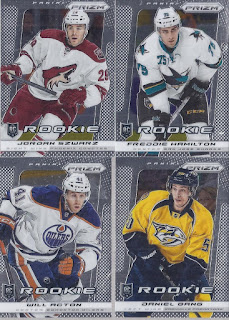 A quartet of rookies. Not one of these 4 played a game in the NHL last year. 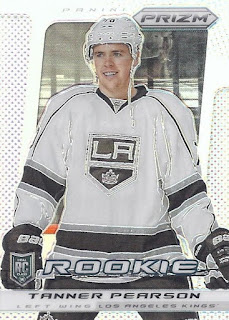 But things pick up nicely when I get to the shiny cards with a nice Tanner Pearson appearance. 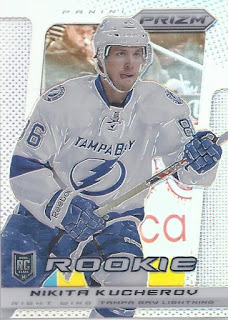 And much like when I landed a black parallel of Nathan McKinnon in a previous case, the biggest card in the case might not have been a hit, but a parallel. A nice shiny parallel of the reigning MVP. While these are not numbered, they're probably limited to about 200-225ish. I'll probably hang on to this for the time being, at least until Tampa shakes off the memory of their playoff choke. 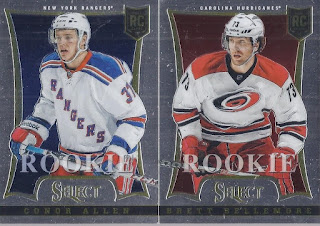 Your Select base cards. Both of these guys have been overseas the past two seasons. 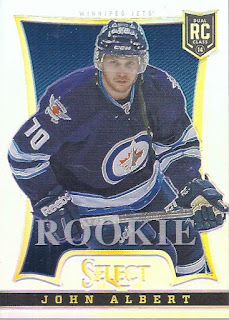 I don't care how shiny this cards is, it is still a step down from the Kucherov. 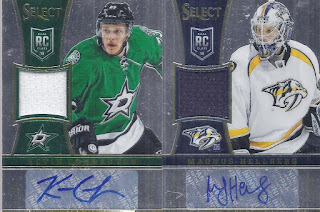 The odd collation in this box continues with a pair of relic/autos, which are technically considered base cards it. Of the Prizm/Select card on the whole, Connauton is the only other one to have spent time in the NHL last season, doing so with the 'yotes before being traded on to Colorado about a month ago. 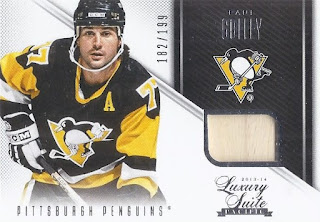 All those Select and Score hits meant there probably wouldn't be too much beyond those sets, and there was only this. Only being another relic of a Kitchener Rangers alum.

One box left in the case, and then the extra box from the LCS!
Posted by buckstorecards at 07:34