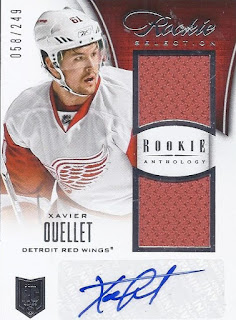 As I approach the double digit point of the break, here's the Rookie Selection found within this box. While the signature itself is fairly minimalist, it does have a nice start and finish with the bold X, and the crossing of the T going through the whole auto. Ouellet spent last year in the Montreal system, and is one of a handful of NHLers born in France. 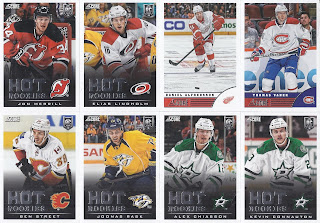 Your Score base cards. 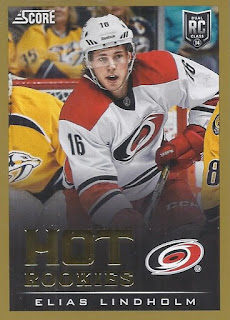 And your Gold parallel. Along with Huberdeau and Corrado, Elias Lindhom was the third player that this case was a hot case for. 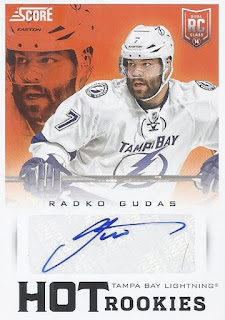 Switching to Prizm, here's their base card content. Not too bad landing a rookie card of Morgan Rielly. 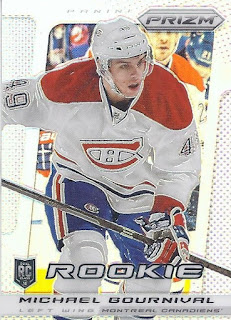 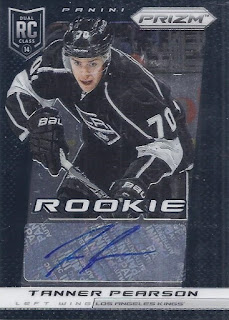 And an autograph wraps up the Prizm portion of the set. Local product Pearson got to raise the Stanley Cup during his rookie season, and was traded to the Penguins this past November. I can call him a Kitchener Rangers alum as well, since he was the team's stick boy at one point, although he never skated for them. 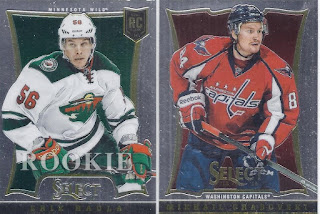 Just a pair of Select cards in this. 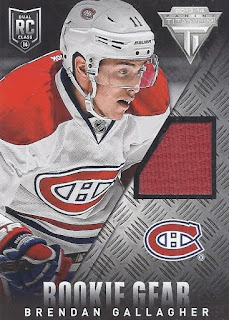 Just a plain ol' relic for the Titanium content. 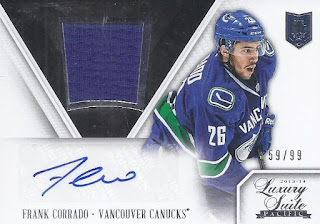 To end it, here's Frank Corrado again in sticker-auto and relic form.

That was pretty bland. But they all can't be winners, and there were a still a trio of pretty good cards with the gold Lindholm, the Rielly and the Pearson.
Posted by buckstorecards at 10:17