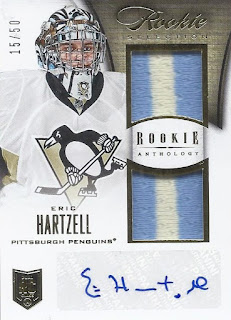 My first of the Prime Rookie Selections starts off this post. Unfortunately, Eric was one of those 'backup only' netminders, but at least there's some nice retro uniform swatches on the card. 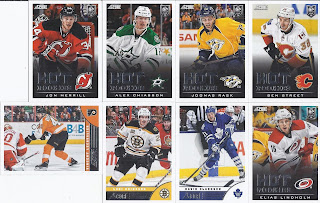 The Score update inserts. Nothing too much of note here except for a couple cards to fill out future mailers. 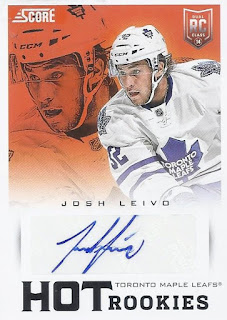 The Score auto isn't a bad one for me, despite being a Leafs card. He spent a half-season in 12-13 as a member of the Kitchener Rangers, and that's the only excuse I need to make it part of that collection.

Only the LeCavalier wasn't a need for my "I swear, I'm not building the update set" Prizm set. 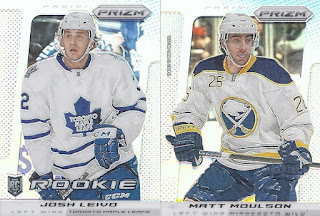 The aforementioned Leivo makes another appearance in shiny form. 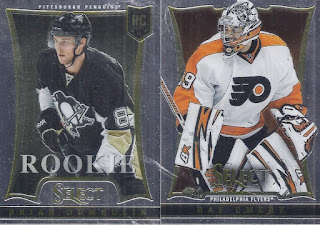 Here's the Select base cards. It always sucks to pull a card of someone who has passed away from a time where they were still active. 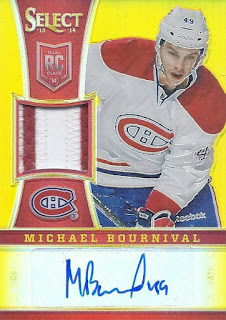 Whoa! There's some brightness in your life with a gold parallel /10! And if you like the blanc et rouge aspect of this, 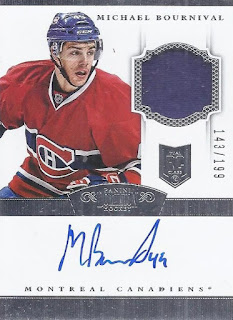 here's some bleu! It is a Michael Bournival hot box! While not the player I'd choose to dupe up with, a low numbered patch/auto is always nice. As for the Dominion card, this the 3rd time I've pulled one of these. 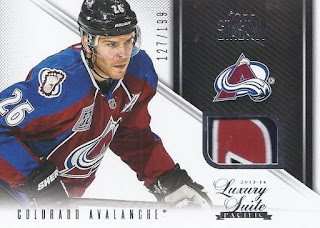 I can't end on a dupe, so instead I'll end with a colourful piece of Paul Stastny's stick.

Posted by buckstorecards at 07:22