Box Break: All About the Titanium - Part 2 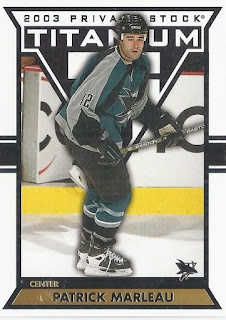 It was kinda tough to pick the most interesting card among the base, Titanium and Complete included. I guess the open door during a line change gives it to this. 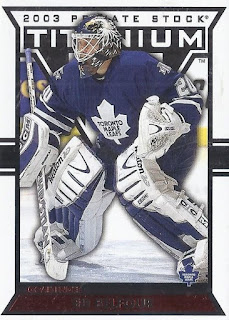 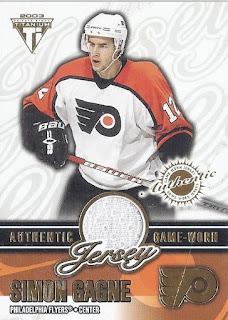 And your hit. Just a plain white relic. Nowhere to go from here but up from here! 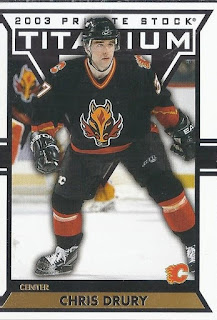 The base cards here were pretty basic as well. I guess the unlamented flaming snot horse jerseys are the most memorable among them. 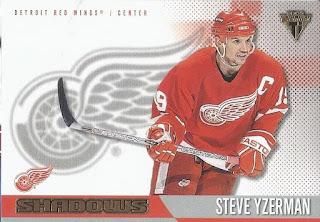 In 1990, there was a Shadow subset in Score hockey that highlighted defensive players who shadow the opposition. Here, they just work the word 'shadow' into the text on the back. As in 'without a shadow of a doubt, Yzerman is a legend in Detroit'. 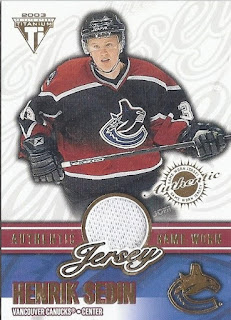 Another plain white swatch. Sedin's a little further up on the hockey hierarchy than Gagne, so this counts as a step up. 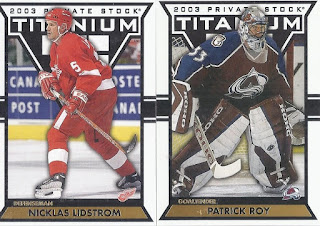 The base card portion picks up here with a pair of Hall of Famers. 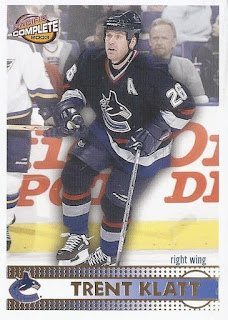 And one of my favourite names to say out loud - Trent Klatt. It is short, but all the hard consonants improve everything. 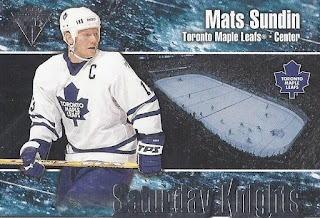 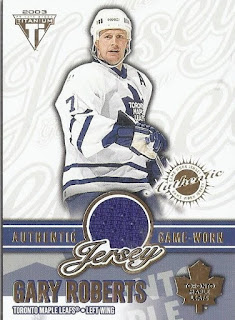 The second-last hit from the box continues the Leafs theme from the first insert. 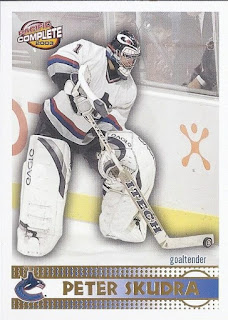 The most interesting base card here is this mask-binder bound Complete card of Peter Skruda. For those that wondered what the Canucks logo would look like if it was from the front instead of the side, wonder no more! 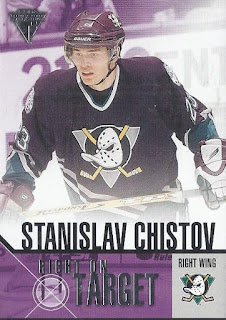 I had thought they'd ditched the Mighty Ducks logo by this point. At least this does allow for a rare purple bordered insert. 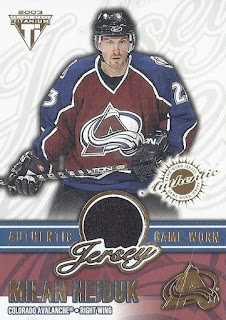 Now that's a perfect way to wrap up a box - a hit for the PC! My 2-14 PC to be precise, as Hejduk's cards extend their lead to 202-192 over Marian Gaborik with this relic. I was really surprised I didn't have this one in the set already, but I guess they all start to meld together at some point.

But there's a box of Titanium. I'll switch to some really recent baseball next, with Panini's Leather & Lumber. Hope you like die-cuts!
Posted by buckstorecards at 05:05