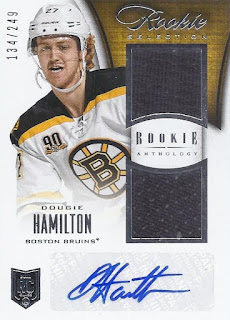 That's a pretty good way to start off this one - a still relevant player as the Rookie Selection in this box. Hamilton was part of the trade that sent the previously shown Elias Lindholm to Calgary. 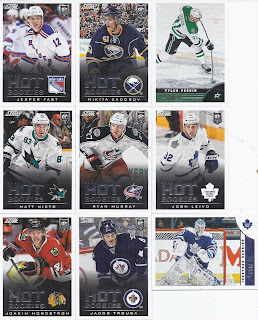 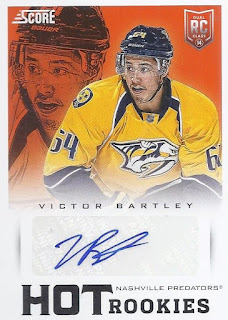 And the autograph. He's been playing overseas the past couple years.

Definitely a Habs hot box for the Prizm base inserts. 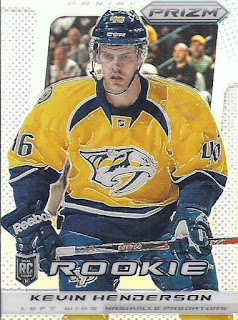 This box was a Kitchener Rangers alum hotbox. Good news for my PC, and this was the first of three among the inserts. 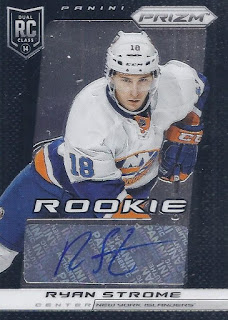 With the lack of Drew Shore content in this, and this being the third Prizm auto I've pulled of Strome, maybe I'm more of a magnet of him at this point. 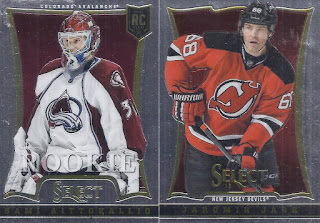 There's definitely a contrast between the two players I got Select cards of in terms of experience. One played in 2 NHL games, one played in 1733. 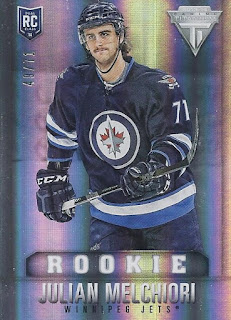 Rangers alum #2. It's a true rookie as well, as it is one of the cards numbered to the jersey number. Even better, he's a player that didn't get a lot of cards over his NHL career. 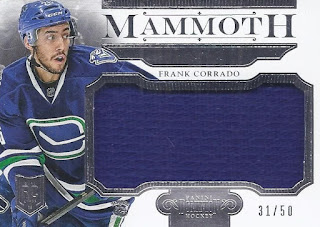 And here's #3, and this definitely counts as a Mammoth swatch. 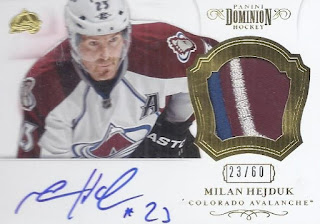 Let's hit another PC for the final hit of the box - a beauty of a card for the 2/14 collection. This particular Dominion auto/patch was an update from the 12/13 release. A three colour patch and an on-card autograph might make this the best Hejduk card in the collection of the 200+ in the set.

That's quite a way to reach the 2/3 portion of the case!
Posted by buckstorecards at 09:24