While I didn't expect to land a Martin Brodeur patch/auto like last time, here's another box worth of Ice. 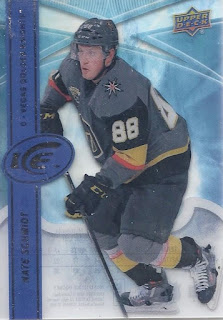 I didn't get any Sens cards this time, so here's a card from Mark Stone's new team. 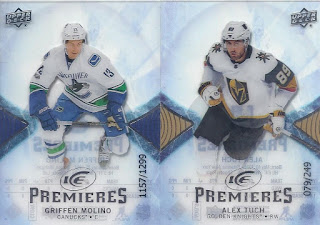 That's not really the Canucks Ice Premieres card you want from this, but at least the Tuch is a decent one to land. 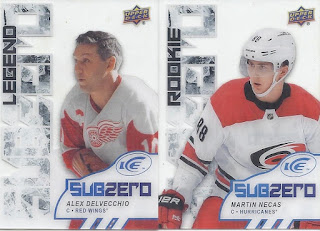 In contrast to the Ice Premieres card, here's a nice acetate card of a Hall of Famer. 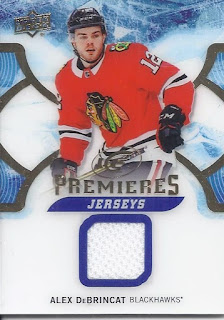 The relic card in the box. Just a plain white swatch, but at least it is of one of the better rookies from last season. 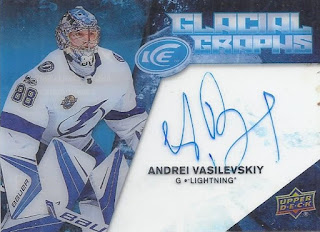 And the auto. With the playoffs just about to start, and Tampa having an incredible regular season, that's a pretty good one. But, given that I pulled this RPA not that long ago, I probably will be keeping that Vasi auto and COMCing this one.

Decent stuff, but probably around the middle of the Ice boxes from 17-18 I've busted as a whole.

There you have it!
Posted by buckstorecards at 05:03