Off to my COMC to-be-posted box again, and a bunch of football cards, which, at least for this shipment, dwarfed all the other 2/14 goodies combined. I'm just going to go through them in the order they upload. 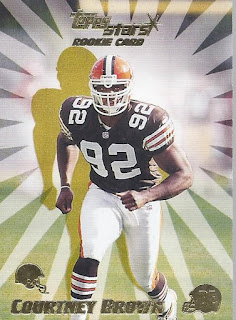 I'm not sure if is a good thing or a depressing one when rookie cards of a first overall pick are available cheaply. 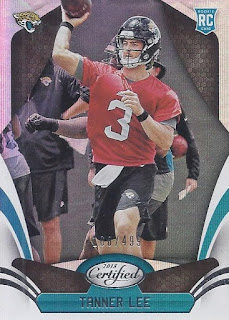 Tanner has yet to throw a pass in a regular season game after being drafted in the 6th round last season. It is always nice to have a player to follow as the draft approaches for this collection. This year, it looks to be Mack Wilson out of Alabama, who is projected by some to go around the middle of the first round. 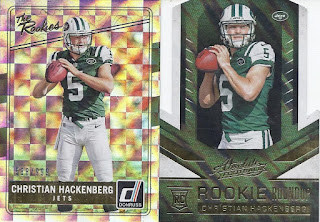 Oh, Christian Hackenberg. 0 passes in the NFL. At least he got to run for a TD (while throwing 3 INTs) in the AAF before getting benched prior to the whole league getting benched. 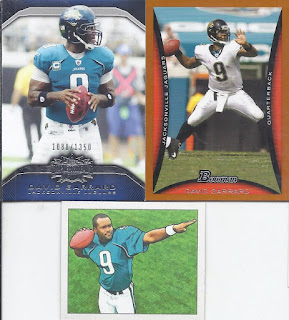 Numbered cards, along with a retro 1950 Bowman move David Garrard into the 90s with 92 cards total. He's tied for 4th among football players, along with Drew Bledsoe. 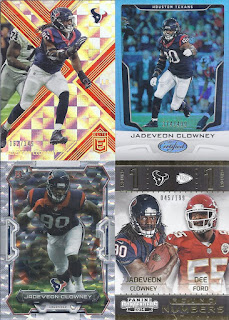 There is quite a gap between Garrard/Bledsoe and the next player on the list, with Jadeveon Clowney having 52 cards with the addition of these 4. 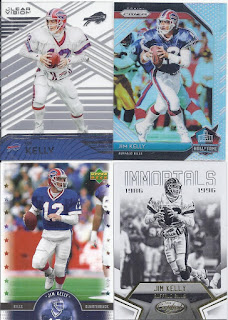 Also with 4 new cards is Jim Kelly, and he remains in the lead overall with 116 cards. 101 cards has Steve McNair in second place. 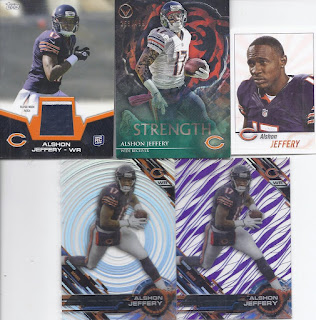 3rd place belongs to Alshon Jeffrey with 94 cards. The relic at the top is the only true hit in this post, even though there were a lot of numbered cards in this post. The upper right isn't a card, but a sticker, but they still count towards the collection.

And there, you have it!

Posted by buckstorecards at 08:18