This repack shipment finally draws to a close with a final, smaller repack. 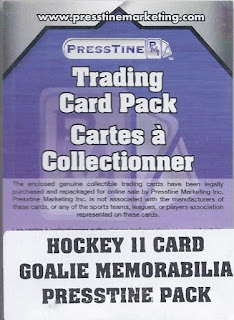 These contain 10 base cards, and a relic. I'll do this in the order of the cards in the repack, and end with the relic. 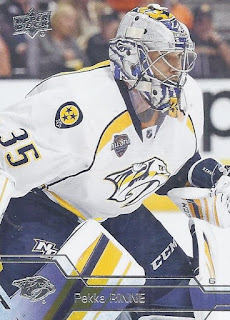 Pekka Rinne leads the way here with a base card from 2016. A perfect side angle shows his mask that saluted the city of Nashville as opposed to his more traditional use of the logo. 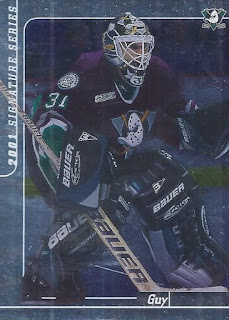 Guy Hebert was one of the original Mighty Ducks, dating back to the expansion draft. 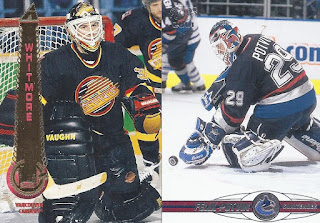 Back-to-back Canucks cards, with Potvin keeping his cat theme while out west, just colour swapping over for the team colours. 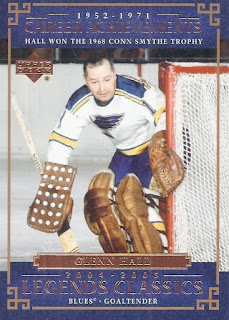 The only card in the binder that wasn't a mask binder candidate, but this might be my favourite of the group. It is from the lost season of 04-05, where the lack of a regular season meant a lot of regular releases didn't happen, and there were a legends set like this one, as European themed releases. 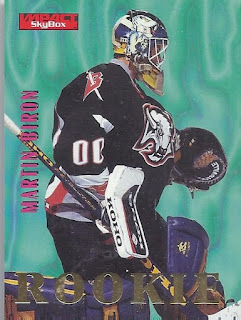 This card is interesting for reasons beyond the mask. He's still sporting his Beauport Harfangs gear here, but the real interesting thing is that he's wearing jersey #00. He was one of only 2 players to sport that jersey number in NHL history. 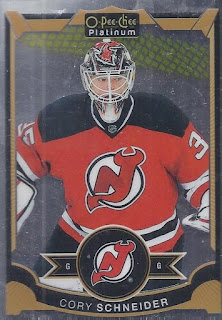 Platinum always reminds me when it is time to clean the scanner. 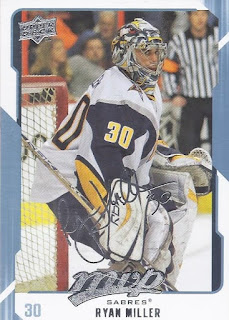 The Sabres make their second appearance in this repack. 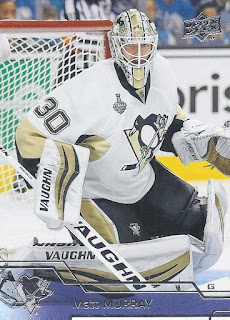 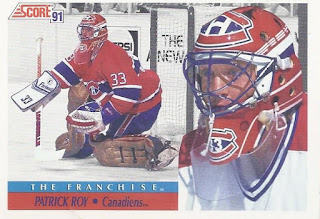 The base cards end on a beauty for the collection, with Patrick Roy's classic Habs mask. 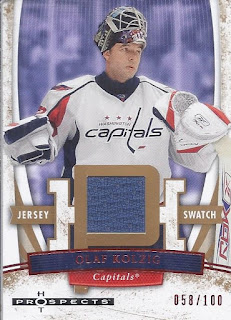 And the relic! Even though it really isn't a good candidate for the binder with the mask being up, I won't complain about a new Kolzig card.

And that ends a bunch of repacks, directly ordered from the repack provider. It was a lot of fun to go through a bunch of cards, moreso than I'd likely get from a similarly priced hobby box.
Posted by buckstorecards at 08:52