With the 'straight from the source' series out of the way (although I'll probably do it again over the summer), time for something more traditional. 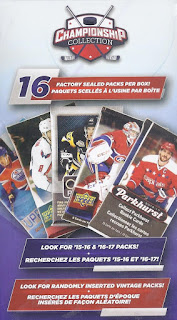 16 packs that I had to actually go out in the world and purchase. These were the packs contained within:

I'll do these chronologically, starting with Victory. 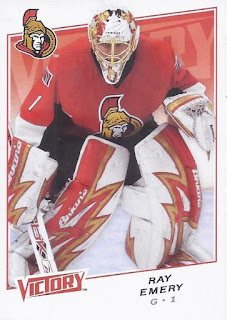 And the first card out of the pack is of someone who has since passed away. I hope that isn't a sign. 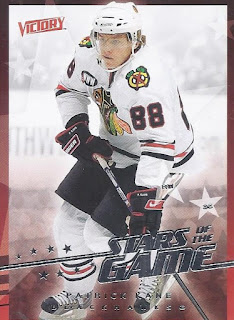 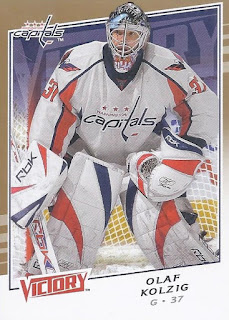 But the packs redeemed themselves with this card. This is one of the gold parallels, which fall at a rate of 1 per box, or 1:36 packs. That's two straight repack posts with a nice Kolzig card. 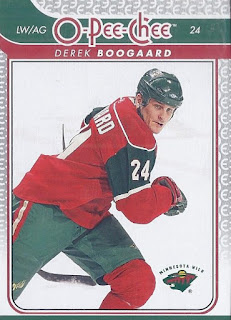 How does the 2009 OPC pack start off? The exact same way as the Victory - a player who is no longer with us. 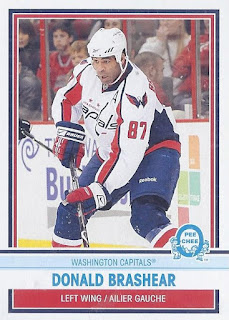 But I did get a retro parallel of one of his fellow enforcers. 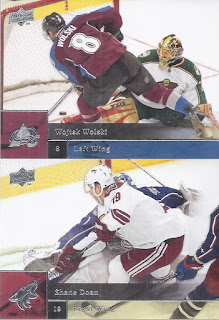 A pair of great, but similar photos out of the base content in the UD Series 2 packs. The Wolski wins, as the puck itself isn't obscured by the design on it. 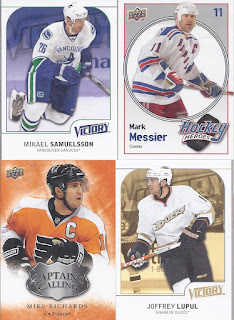 Here were some of the inserts from those packs. Disappointingly, the Mike Richards insert, which even mentions his Kitchener Rangers stint on the back, is a dupe. 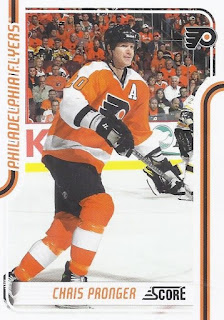 A nice glossy parallel of a veteran in the Score pack. 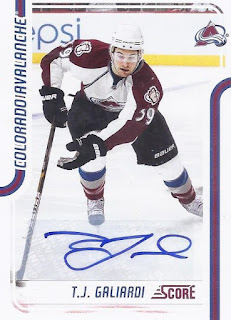 And a hit! That was unexpected! He had a respectable NHL career of over 300 games, and also spent a few season in the KHL. An auto is still an auto, especially when unexpected in a repack.

Another 1-per-box parallel in the 12-13 Score packs with the Silfverberg. While the regular cards are one per pack, the rookies are far scarcer at being an additional parallel in a single pack. And he's still in the league - not that common for 12-13 Rookie class members.

As for the 12-13 OPC pack, there's a sticker, a retro parallel, and for no other reason that I rarely post stuff from that year, a sample of one of the base cards.

Just gold parallels to go with the base in the 13-14 Score packs, although all of these were needs for my "I swear, I'm just keeping them separate - I'm not building the set set". 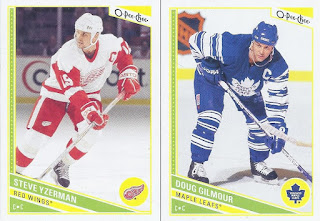 13-14 OPC was a little strange when it came to the checklist. With the double rookie class, the Marquee Rookies portion took up the entire 501-600 SP portion, so they just mixed the legends portion of that in with the regular base set. 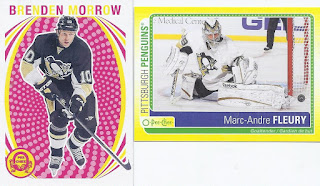 But, as with 12-13, I got another sticker, and another retro parallel. These were exceptionally obnoxious in 13-14. 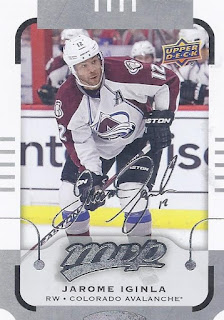 The only thing of note in the MVP pack was a silver parallel. 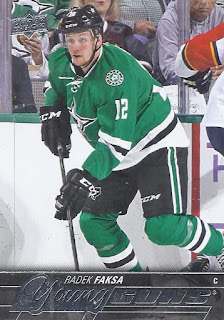 The S2 15-16 pack was a blaster pack, so only 5 cards, but one was a Young Guns card of a Kitchener Rangers alum. 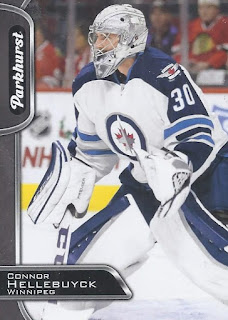 One final parallel card to end it. The black border parallels are 1:10 packs, and at least it is of a pretty decent player.

And there you have it! While it is nice to have repacks delivered to your door, there's just something about picking up one yourself off of actual shelves.
Posted by buckstorecards at 08:30