I've hit ship on another bunch of cards from COMC a few days ago. While most of that lot are set builders for Heritage, there's some 2/14 content in there, so I'm going to use that as motivation to return to my COMC to-be-posted box, and clear out the rest of the 2/14 content. 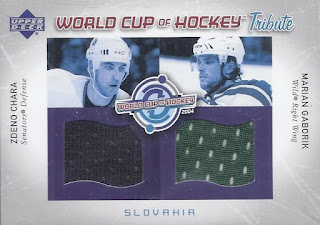 While this card would fit nicely in either my Senators collection or the 2/14 collection, I'll opt for the latter. When in doubt, go for the more interesting swatch, and I've got fewer green swatches in my varied collections than black ones. 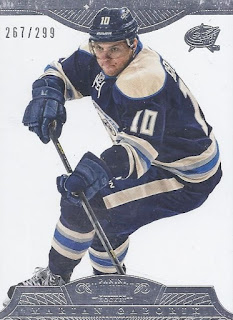 Here's hockey entry #2, a thick numbered entry out of 2013 Dominion.

Hockey ends with a pair of "they are cheap with e-packs, so I'll just add them" entries. 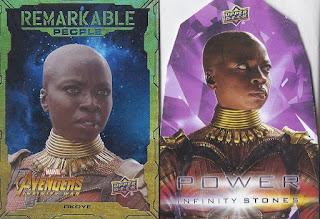 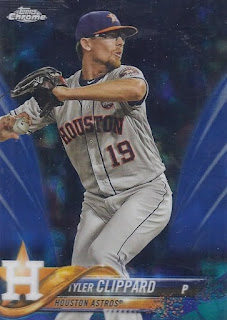 This is an online exclusive Sapphire Chrome that was a base parallel to the main set. The photo actually works perfectly with the parallel shading. Clippard was already a Blue Jay long before the release of Series 2 last year, but middle relievers aren't worthy of photoshopping. At least he was in Heritage High #s and Update. 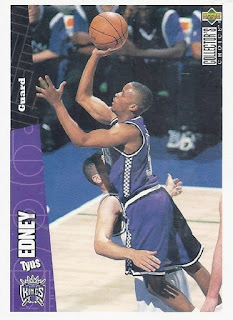 And let's end it with one of the likely better photos in the basketball collection, with some anonymous player catching a face full of Tyus Edney.