I've spent the past few weeks updating my 2/14 collection over at tradingcarddb. It has been actually pretty effective in finding dupes in the collection and pruning them. I'm not sure if this link will take you to my collection, which is almost exclusively 2/14 stuff at this point, but if it works, good!

It has also been pretty effective in finding obscure cards for players to hunt for on ebay or COMC. There's some of the former in this post, as well as some less obscure additions from COMC. 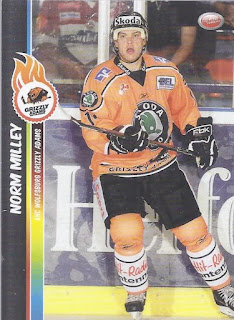 A bright neon uniform? A team called the Wolfsburg Grizzly Adams? How in the San Scratch could this not be the first card to show off? 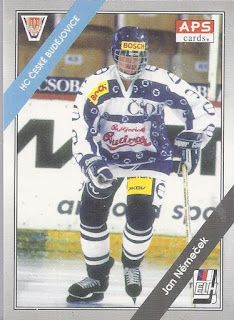 Jan Nemecek rocking the uniforms of the Ceske Budejovice HC didn't have a chance. 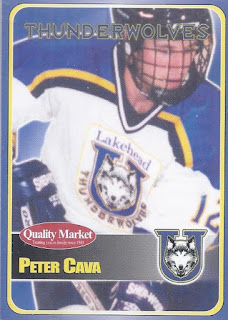 Neither did Peter Cava in the uniform of the Lakehead University Thunderwolves, but this is my first Canadian university card in any of the collections. 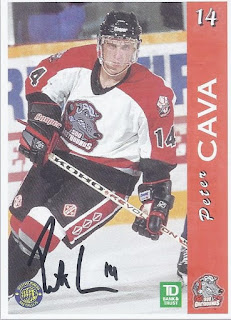 And the ebay portion of this end with a Peter Cava autograph. 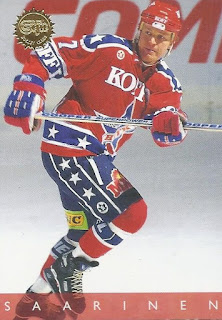 Here's the first of 3 new entries into the collection. He spent 8 games with the New York Rangers as a 10th round pick, but saw most of his action in Helsinki. 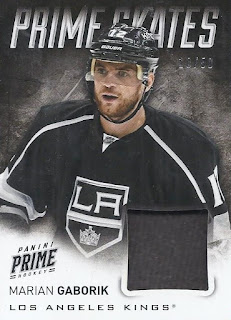 If you didn't get enough of Prime over the weekend, here's one more. This has to be the first skate swatch in my collection. 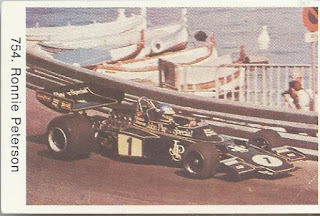 Here's new name #2 for the collection with Swedish Gran Prix driver Ronnie Peterson. He won 10 races over his career, but died after an accident during the Italian Gran Prix in 1978. 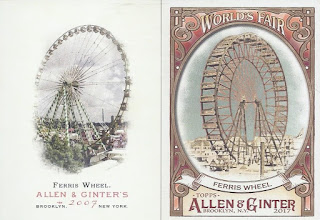 George Ferris, inventor of the Ferris Wheel, was born on 2/14 back in 1859. Since there are no cards of his, cards featuring the Ferris Wheel certainly count towards the collection. 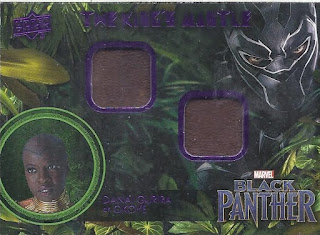 The only thing the back of the card mentions is that these swatches were part of the production of the movie, but nothing if they were wardrobe, or even a couch in one of the trailers. Still, a new card featuring Danai Gurira for the binders. 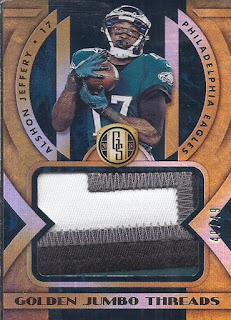 And there's a patch to end this on! One can just look at the photo to realize this was taken from the bottom portion of the '1' on either the back or front of the jersey. I've got some nice Alshon patches from his days with the Bears, but this is listed as game worn as opposed to event-worn. That will always push it up the rankings.

And there you have it!
Posted by buckstorecards at 09:03