Raptors not Straight from the Source

Despite the majority of the cards in the repack being from eras when the Raptors were in existence, I didn't land a single card for my Raptors team collection in that. Fortunately, I had a pile of group break cards around that I hadn't posted yet. Since Toronto lacks any rookies in this years' releases to-date, they tend to be really cheap in group breaks. Low on hits, but still some nice cards. 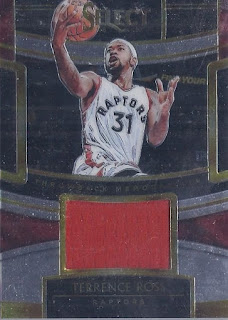 This was the only Raptors hit in all three breaks. Throwback memorabilia basically stands for "We still have a jersey(s) around of his. Might as well use it here". 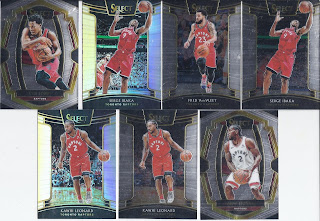 The rest of the Select cards. Some shiny, some not so much so. 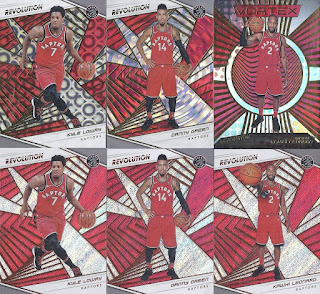 You want some more shiny cards? Your wish is granted! The cards on the bottom are the base cards, which the Lowry on top is a Groove parallel, with the Danny Green being a Fractal parallel. 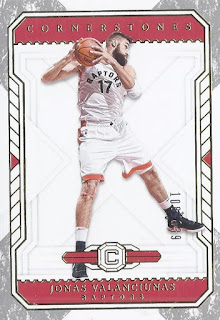 And the only numbered card for the Raptors comes out of the recent release of Cornerstones, sandwiching the top and bottom portions of this with players lo longer on the team.

I also opted to grab the similarly-inexpensive Nets spot in Cornerstones, hoping to land a Caris LeVert to add to a future TMM mailer. That didn't work out, but I did get these. 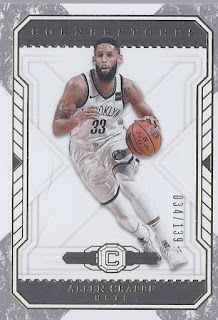 Another base card. They gray borders look better when they're sorta the team colours. 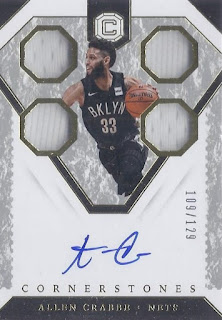 More Allen Crabbe here, this time with the Cornerstones Cornerstones card (yes, that repetition was intentional), and one of the better designs that combine relics and an autograph. Although this probably would have looked much nicer with at least one darker swatch. 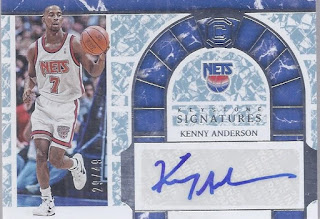 This might have been my favourite pull, since I always like getting autos of guys from the early 90s in these. Kenny Anderson was also a Raptor for a few minutes, coming over in the Damon Stoudamire trade. He didn't want to play in Toronto, so was shipped out before even playing a game.

And there you have some basketball.

Posted by buckstorecards at 10:18