Back to the regular Dollarama, with repacks, and surprise boxes and other card related goodies. 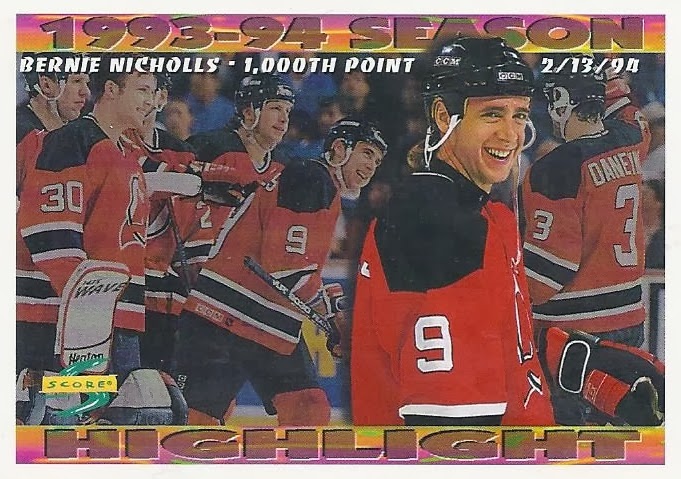 1994 Score Bernie Nichols 1000 Pts - Congratulations on 1000 points, Bernie. At least you're getting it saluted on a card that isn't too hideous (at least by mid 90s standards). 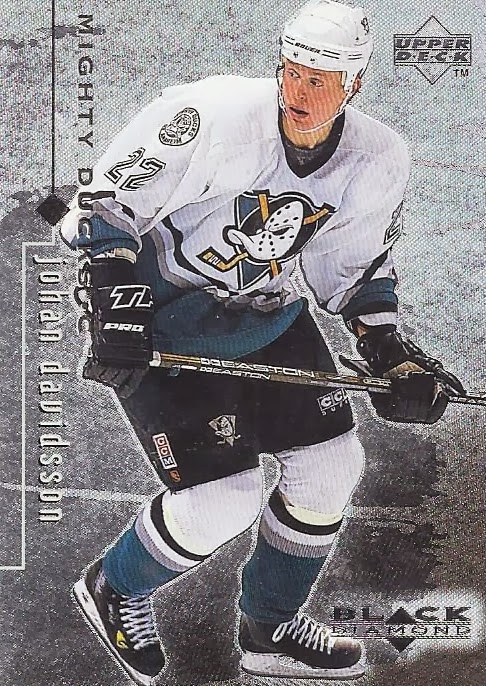 1999 Black Diamond Johan Davidsson - I always enjoy adding cards to my binders of guys who I'd never heard of before. 82 games over 3 seasons. 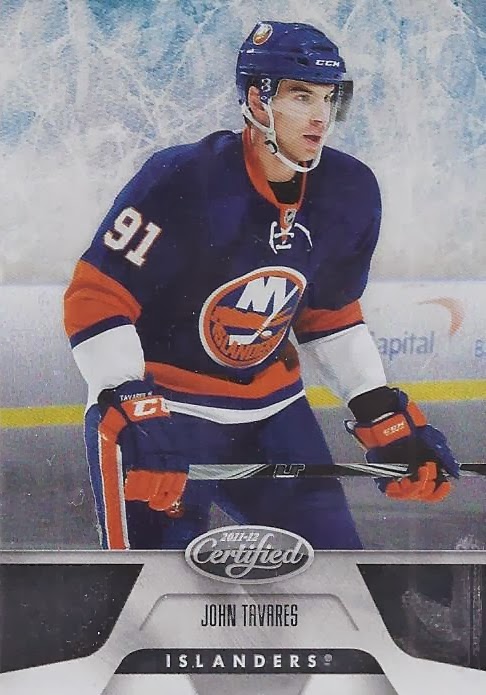 2011 Certified John Tavares - Not too bad for a guaranteed superstar. 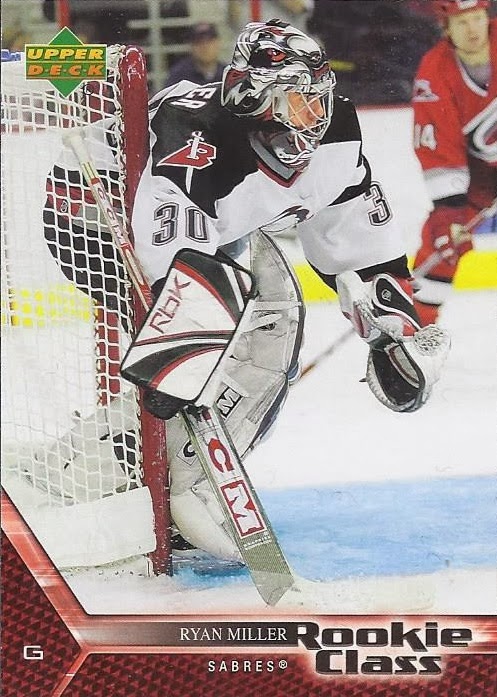 2005 Rookie Class Ryan Miller - When this came out, I thought that this surely couldn't be guaranteed rookie card. It may say rookie class, but Miller's first cards were several years earlier. 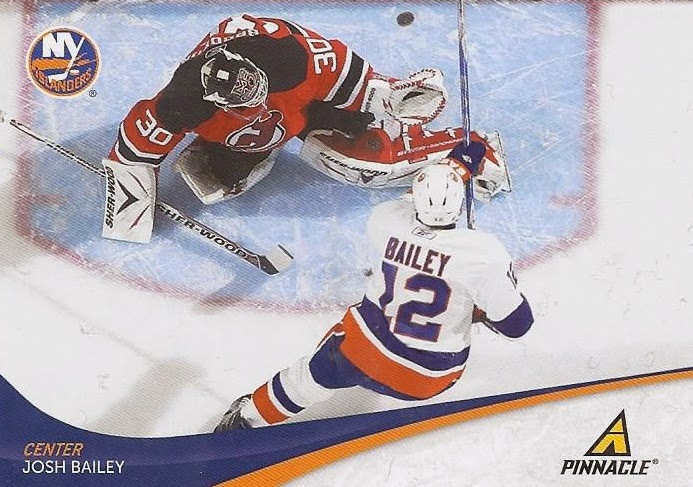 2011 Pinnacle Josh Bailey - Not a rookie, but still a great photo. 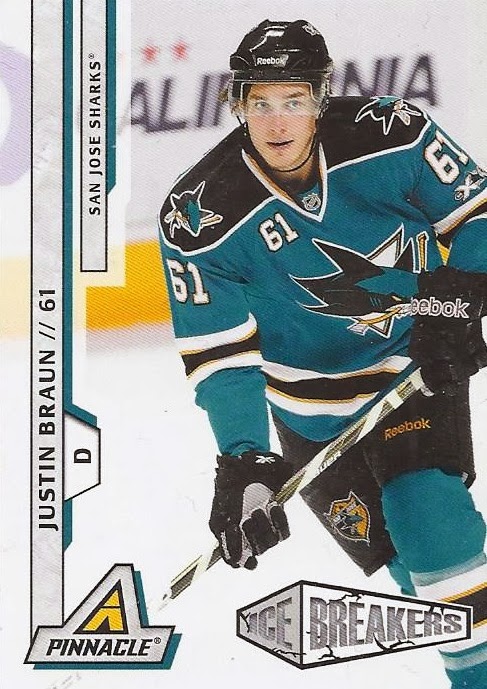 2010 Pinnacle Justin Braun - I guess this is it. At least he's still in the league. 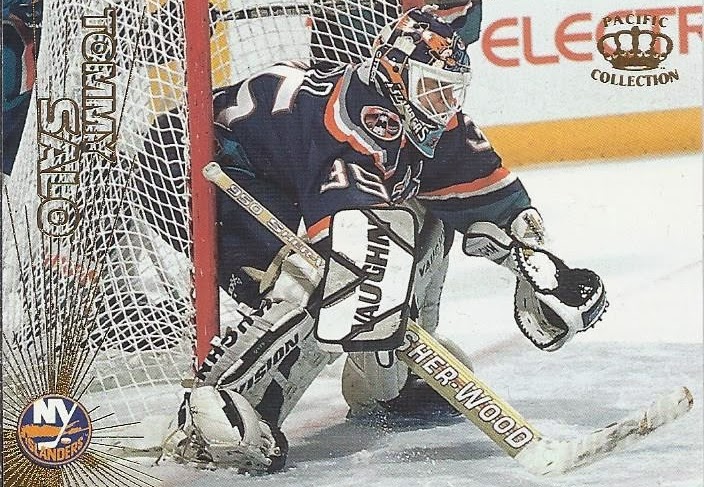 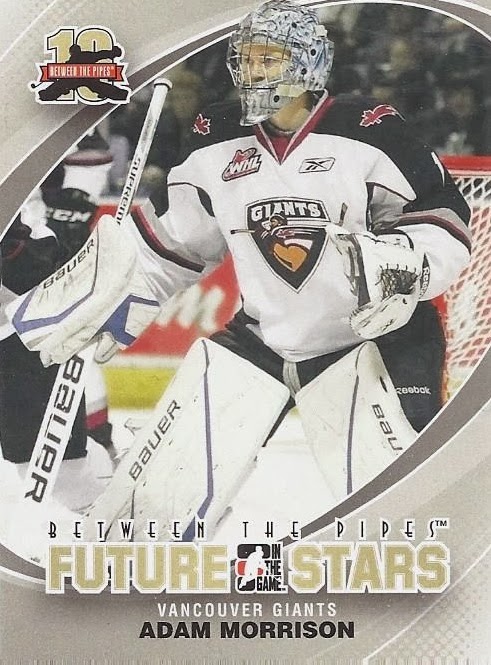 2011 BTP Adam Morrison - Two cards for the mask binder. That's all I ask from these goalie repack packs. 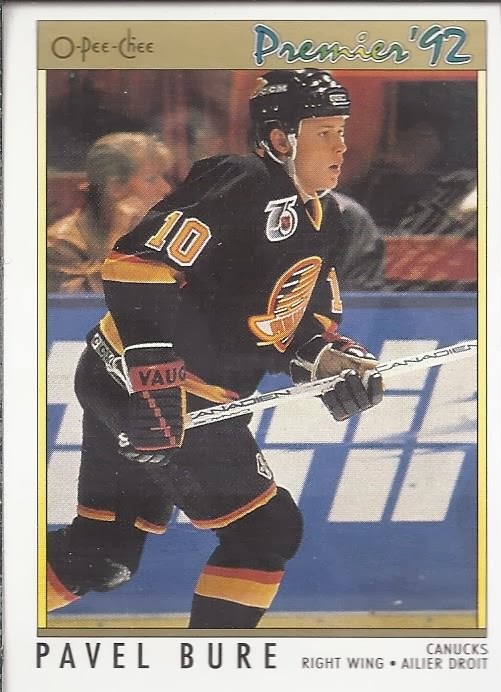 Pavel Bure (RC) - Well if you find a pack of 1992 Premier, there's really only one card you want to pull. And this is the one, the Pavel Bure rookie card is the chase card from this junk wax era set. A shame the centering is way off.
Adam Graves
Steve Duchesne 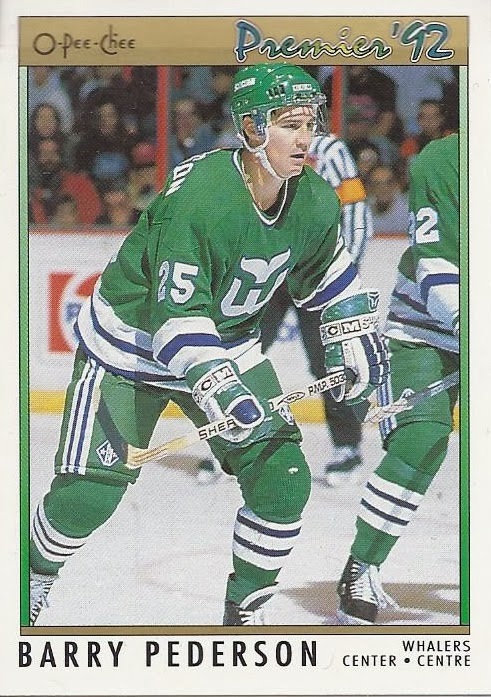 Barry Pederson - I had completely forgotten about his stint in Hartford. 5 games total. Amazingly, this wasn't his only Whalers card. He was also in Score as a Whaler. 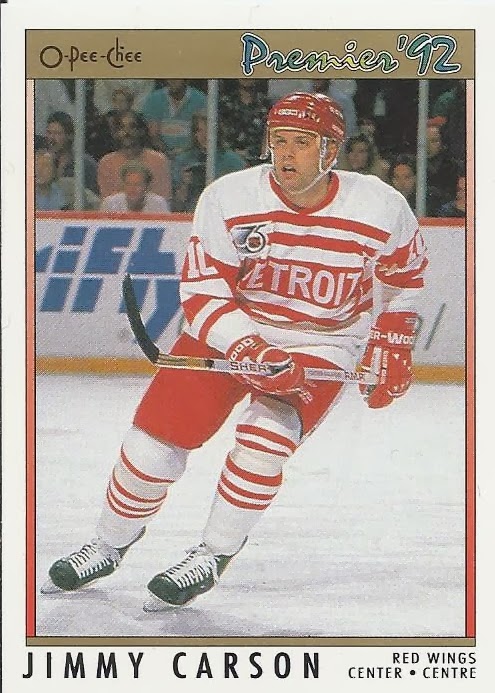 Jimmy Carson - At least you get some great 75th anniversary uniforms out of this set.

Nice to bust an old repack favourite, and there was actually some pretty nice cards in it.
Posted by buckstorecards at 18:11