The first time I busted a "20 packs and a hit repack", one of the retail packs contained a /10 film strip of Terry Bradshaw. This time?

But I still pulled a second hit  from one of the repacks.

Plus the hit. A rather nice variety this time. Volume will force me to break this into two posts, and I'm going to lead with the Topps and Sage stuff. The variety pack of 2 and 1 packs each will get posted tomorrow. Or whenever.

The last time - I wrapped this up with the guaranteed hit. This time, I'll lead with it: 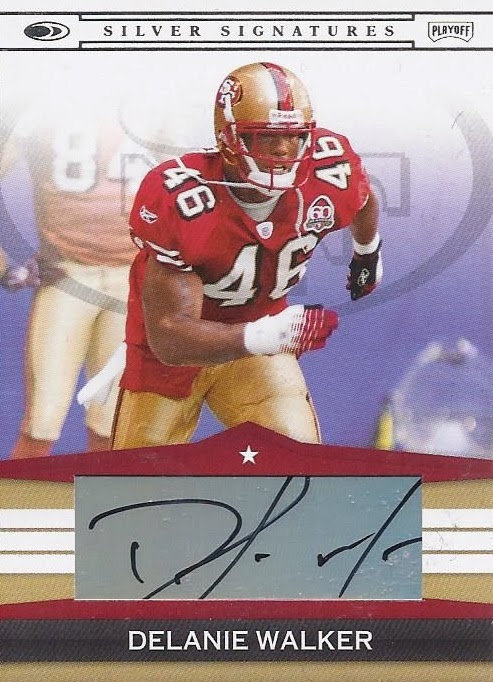 Not too bad. Delanie is still in league, and that's all you can really ask for from an auto. It's from 2008 Donruss/Playoff. It's also rather thick for an auto card, with the sticker below the cardboard. 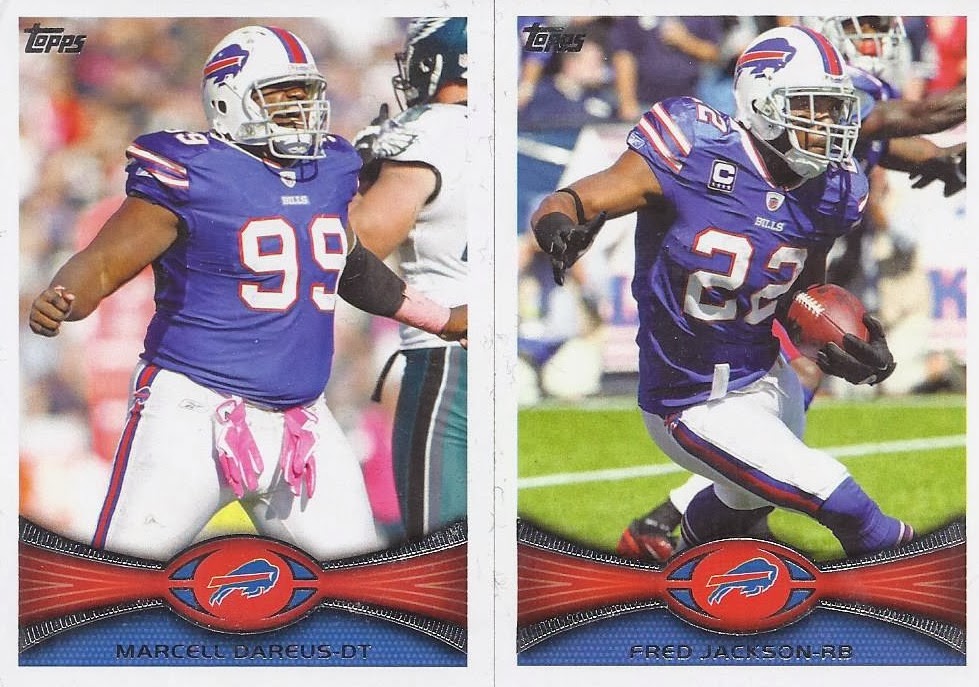 Bills content was minimal in these two boxes. Just these two from the Topps (although I needed the Dareus)... 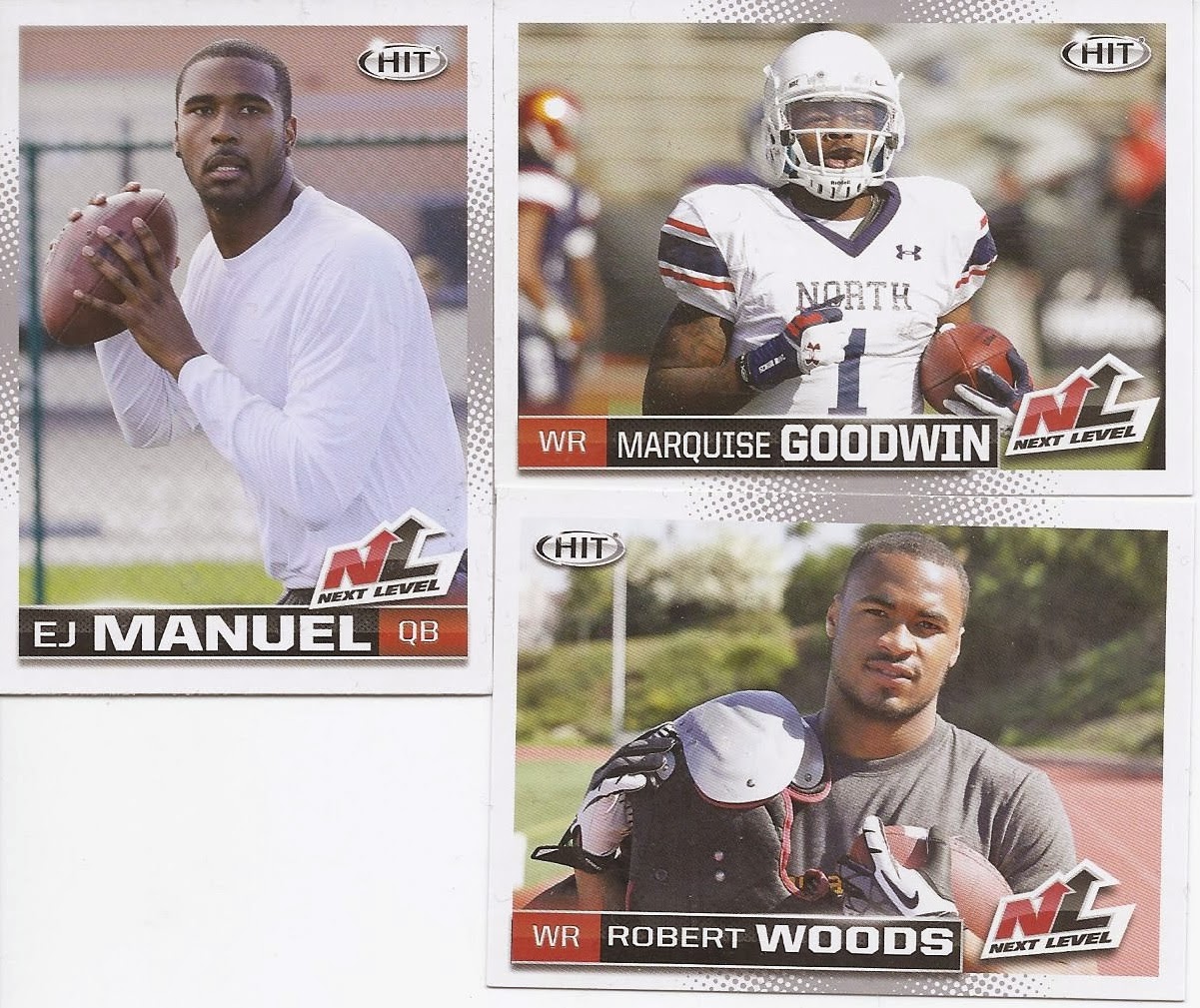 these three future Bills from the Sage... 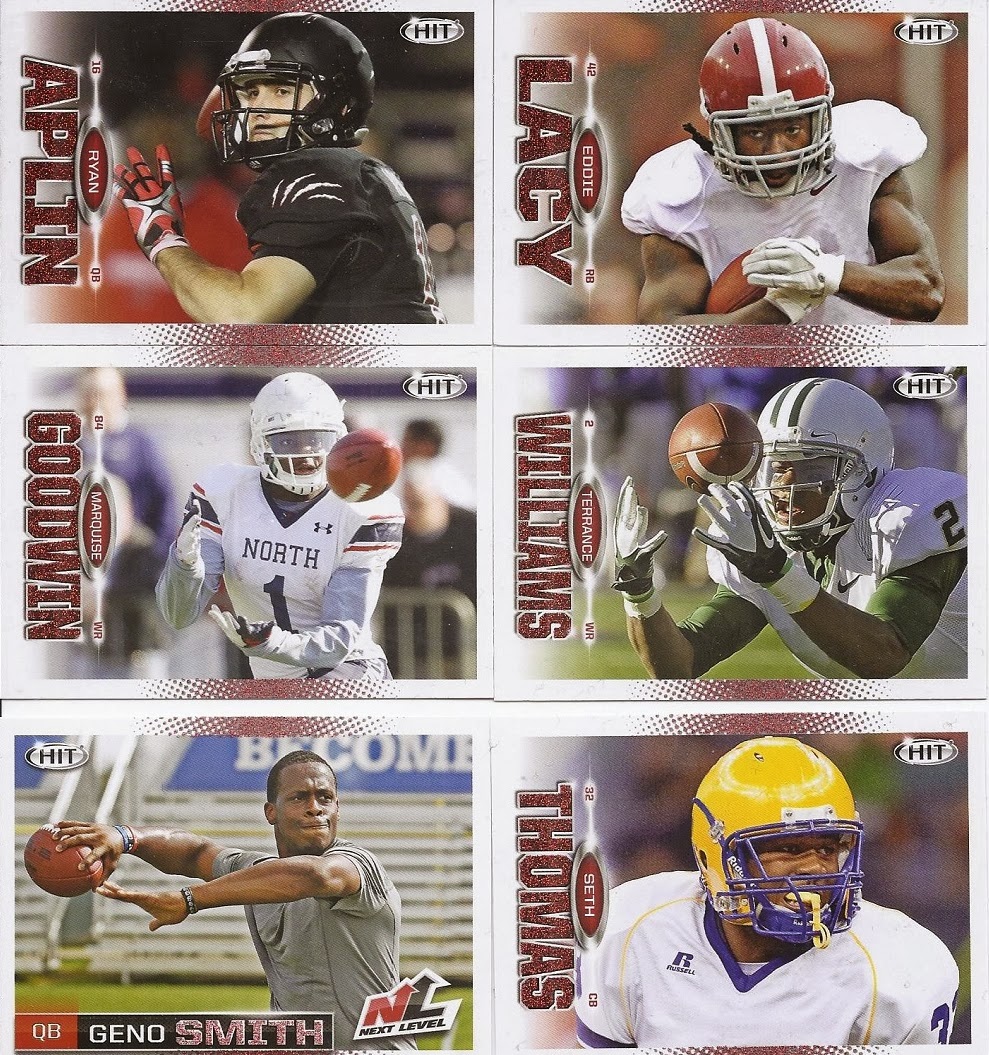 And a Marquise Goodwin among these 6 red parallels in the rack pack. It looks like the Lacy red is the best card of the pack. 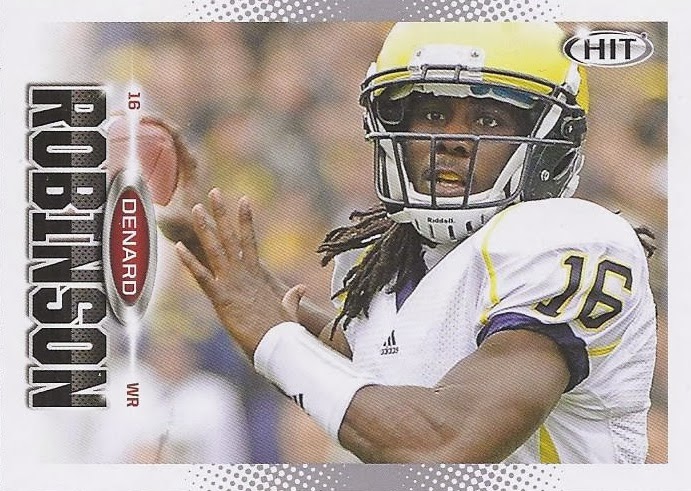 This one is already put aside for TMM. 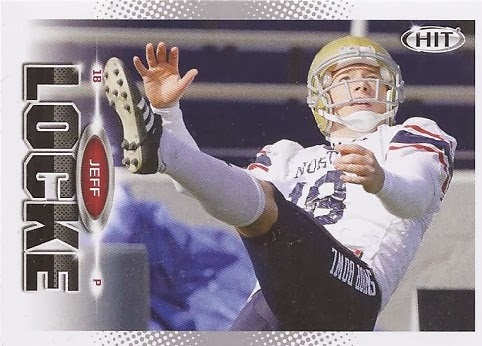 A card for a punter? Are they mad? That's sarcasm, as I love seeing cards for positions that don't get a lot of love in modern sets. 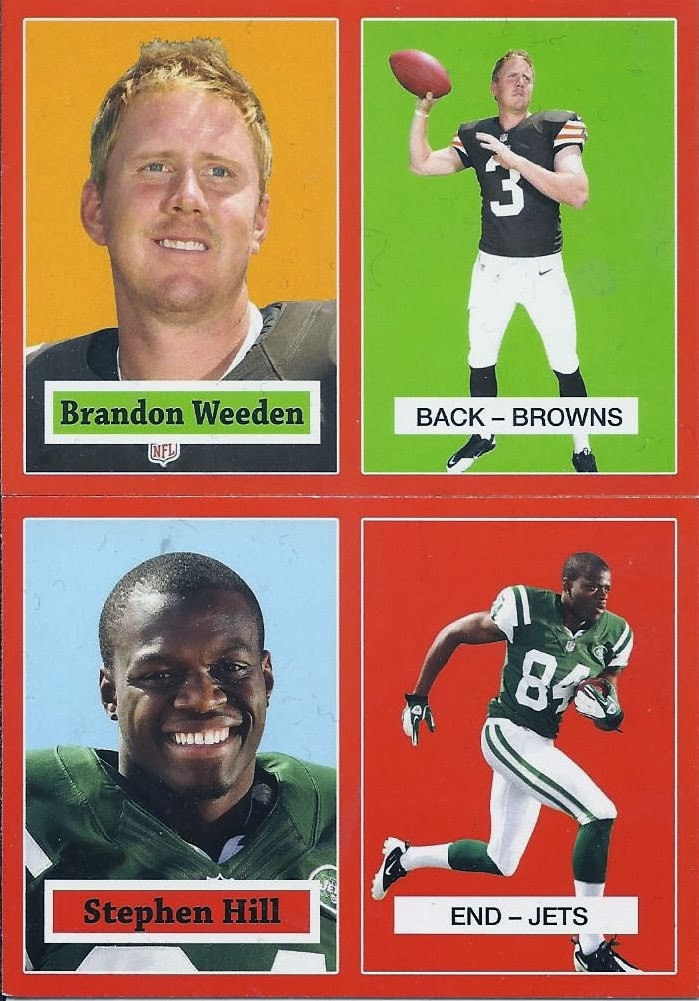 Back to the Topps. These red border were part of the packs, making me think these were originally part of Target packs. But, since the lack of local Targets kept me from busting the packs in '12, it is just a guess on my part. 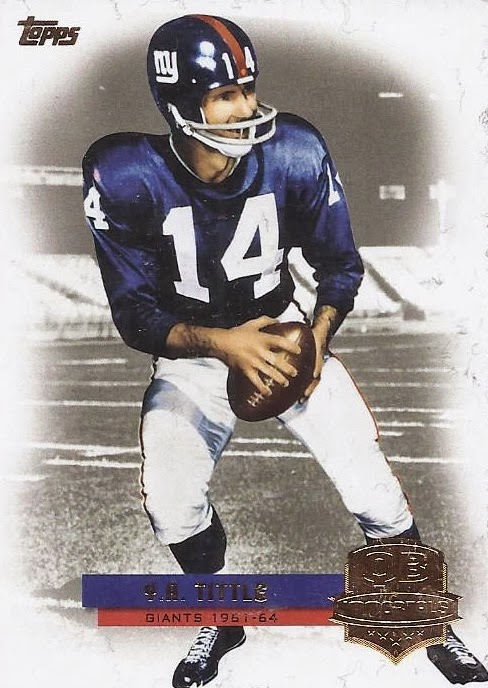 With the quarterback themed subset(s) being loaded with 80s and later guys, it is nice to get an older one. 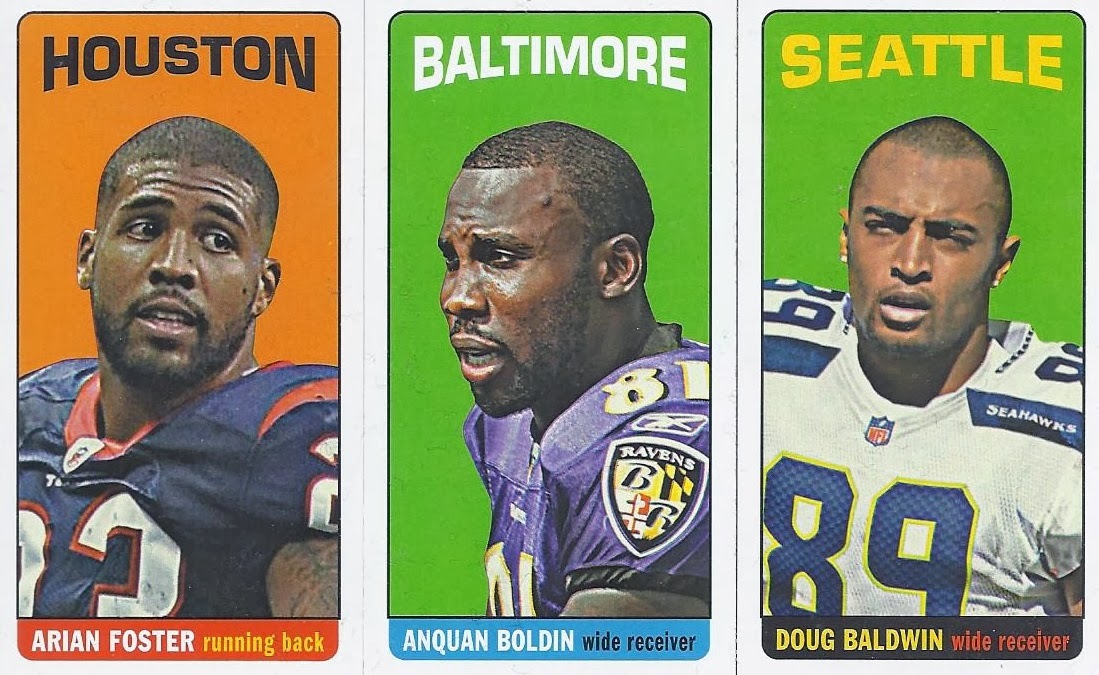 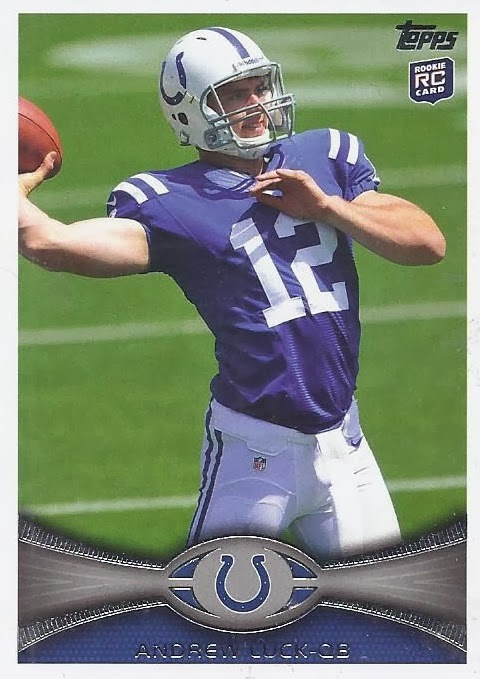 I'm guessing this is the highlight of the cards for someone who cares about book value. 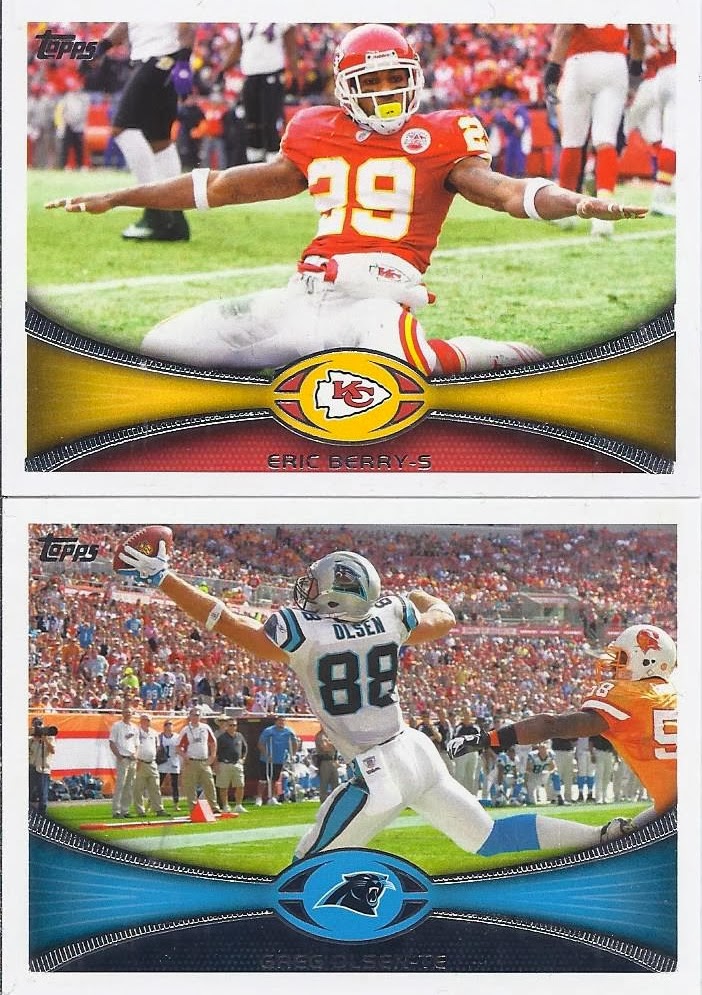 But for me, it is all about the photography. Two very different pictures, but both are great, and use the horizontal medium perfectly. Arms outstretched can both celebrate a great defensive play, or be the lead-in to a great offensive play. Getting both the ball and the defensive player in the shot makes me give the nod to the Olsen as my favourite pull from this part of the repacks.

Tomorrow, variety will be the spice of life as I hit 7 different sets.