Let's wrap up this final box. 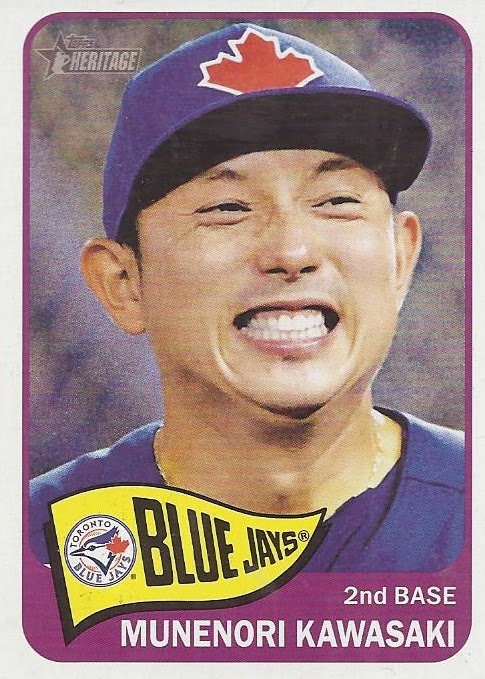 The right side of the box contained the hit. It contained a /565 refractor.

But the best thing it contained was this. Finally, Munenori Kawasaki gets a big league Topps card. He's had WBC cards. He had logo-less Panini cards. But now, he's finally got a big league card with a nice MLB logo on it. WOO-HOO! I pulled a second one in my second box, so I've got one for the set, one for the Jays collection. Perfect. 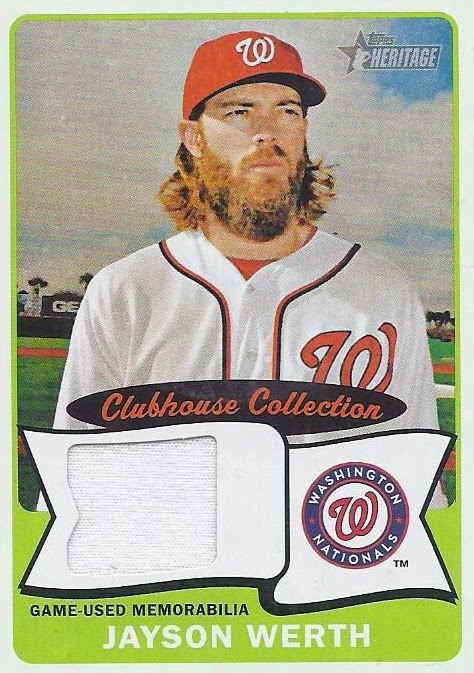 It's a bland, white swatch. But at least my box hit was a former Toronto Blue Jay. And at least it isn't a beard relic. 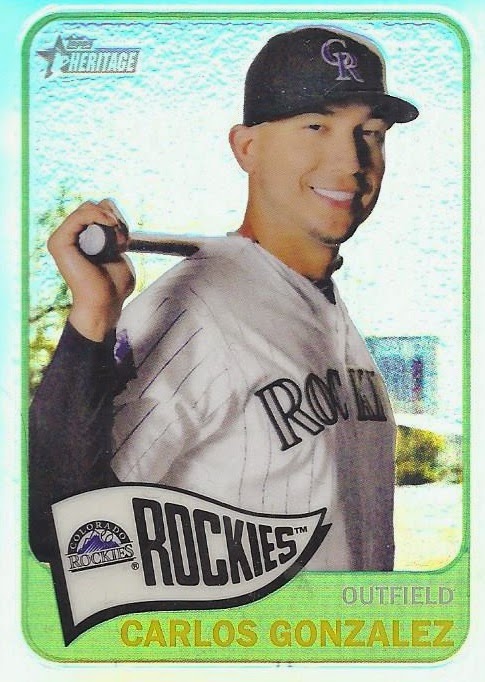 Darn, these shiny refractors scan beautifully. Again, it isn't a suitable number for serial numbered insanity, but I'm sure there are enough Rockies fans in blogland that would be interested in shiny CarGo.

SPs. That's 10 in the box that should only have had 8. Pretty good, although Box 2 would give me several dupes from these 10. Oh well, more trade bait! 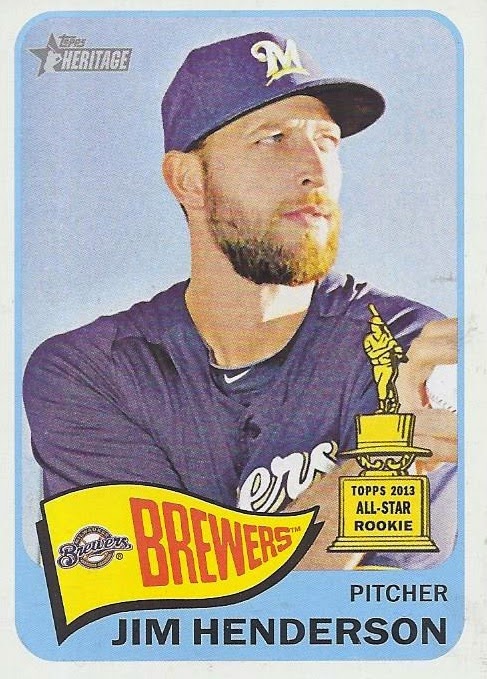 CanCon! Along with a Rookie trophy as well! Greatness! Much like with the Scott Rice I traded for, it's nice to pull a card of a long-term minor leaguer who finally got his shot in the bigs, especially when it falls into one of your PCs. 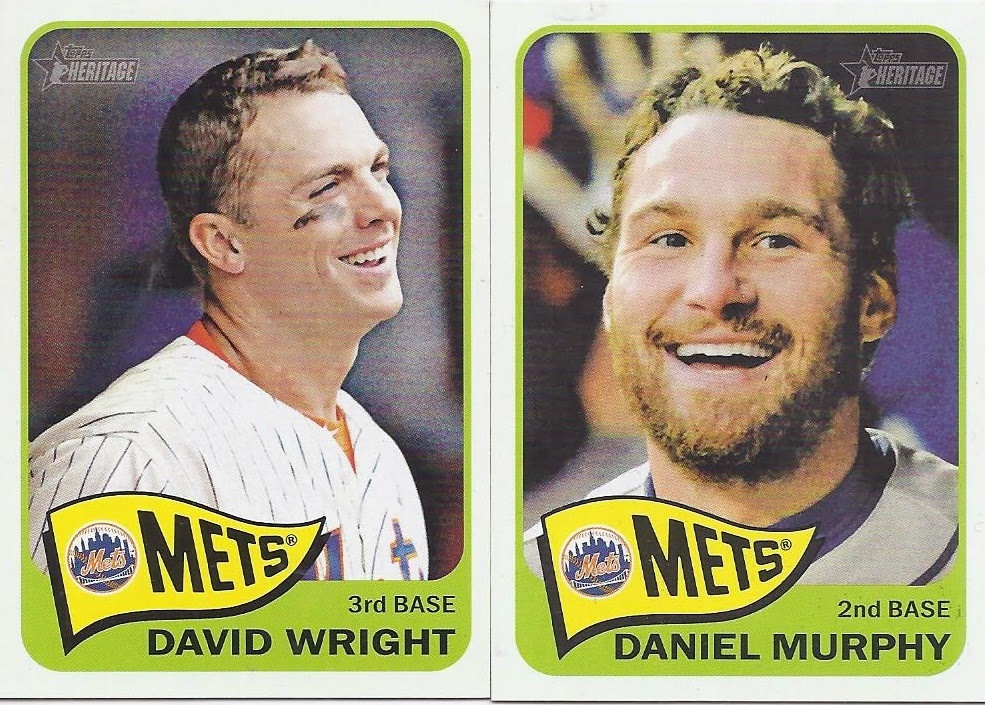 Two Mets! For the first time in a long time, Wright isn't a short-print. 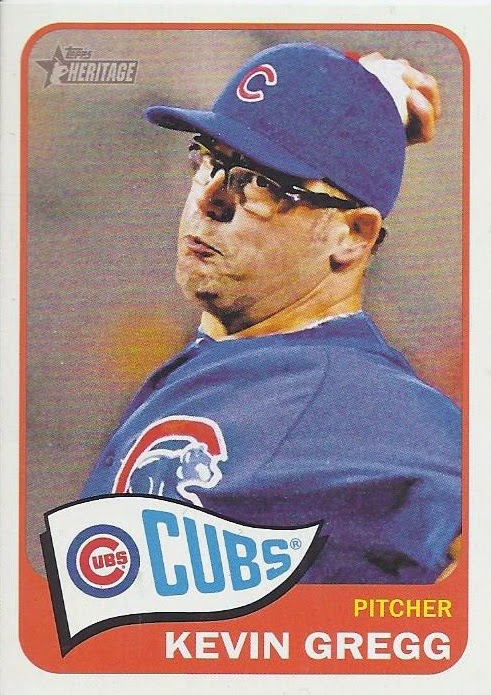 For all I know, this could be a photo from the original 1965 set. Gregg sure looks like a 60s shop teacher as opposed to a 21st century baseball player. 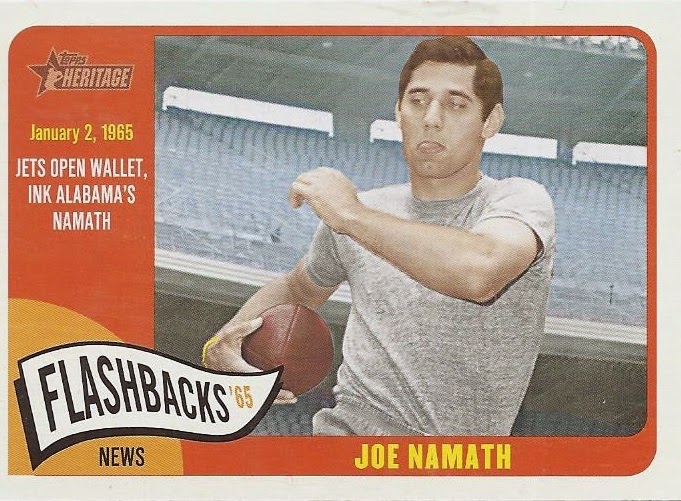 The only flashback insert. I'm never a fan of featuring other sports inside sets. Never remind people of something else they could be doing. 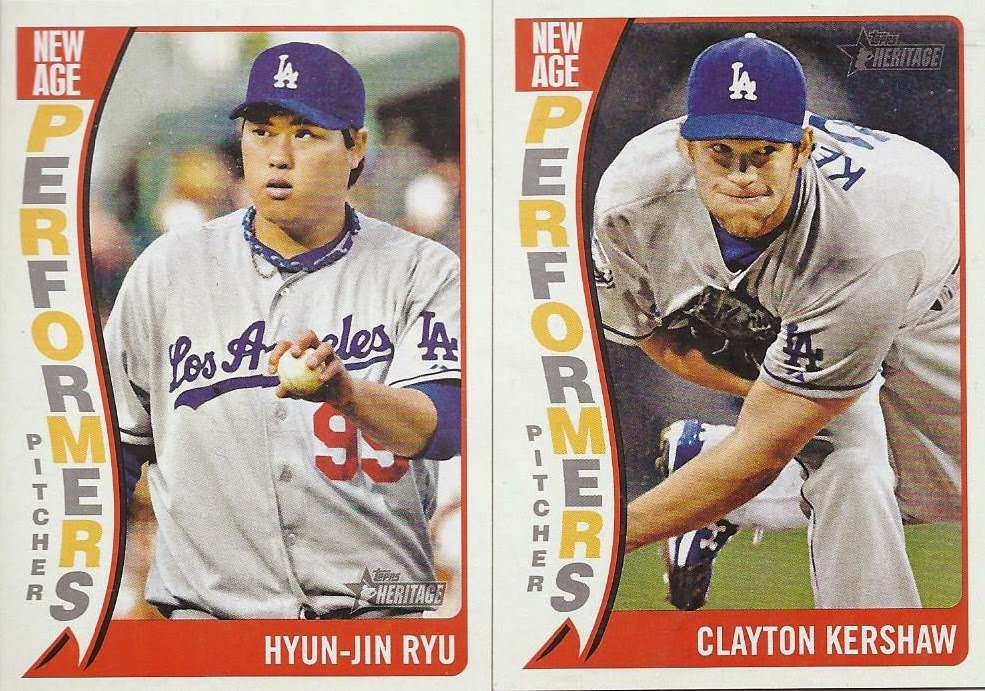 The New-Age Performers on this side were Dodger-riffic. 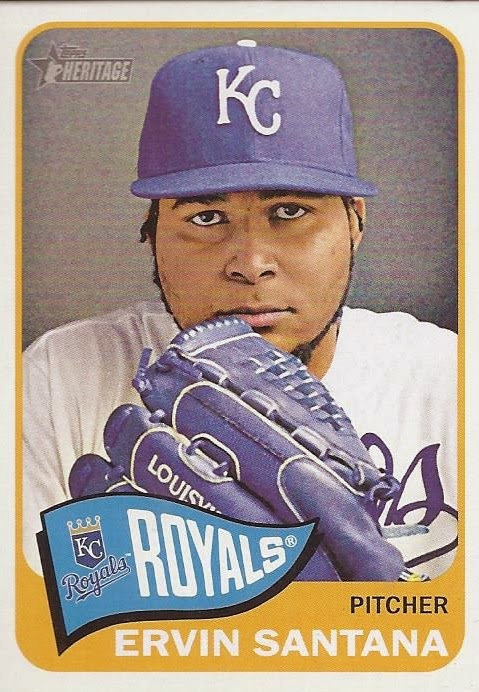 And finally, my favourite photo on this side. Nice, simple intensity.

And there's a box of Heritage. One more to go!

Posted by buckstorecards at 16:30