For those unfamiliar with my turnaround posts, it is simple. Should I pull a really nice card from a pack, I give it a few days in the blogosphere to see if someone can amaze me with a trade offer, and then I ebay it. In this case, it was a /10 manufactured film cell of Terry Bradshaw. And it came at 1:3600 odds from a repacked rack pack. The cards I purchase off the sale count as the turnaround, and I get post material.

I ebayed it, hoping to get at least enough for 1 box of '14 Heritage out of the 2 I plan to pick up. I got enough for one of those, and also enough for a pair of cards. 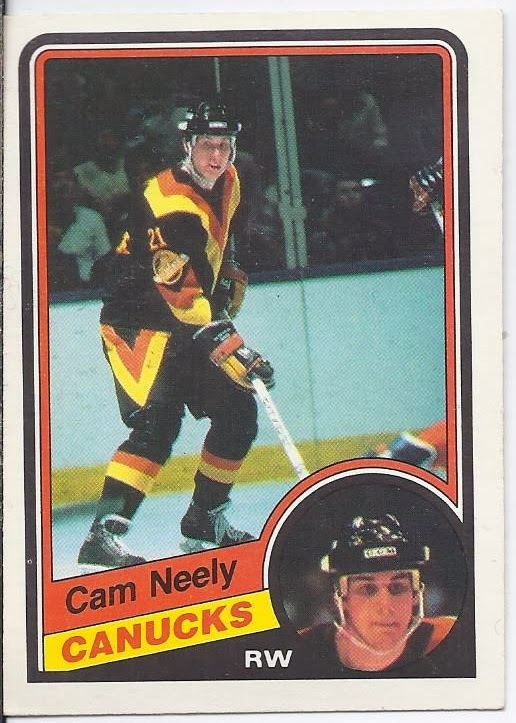 Number 1 is one that I've wanted one of for a bit. I'm not crazy enough to chase down a mint version of this, when an off-center card with a sketchy corner or two will suffice. Can Neely is probably my favourite hockey guy with no ties to either the Senators or the Kitchener Rangers, so this one has been on my wantlist for a long time, but I never had the desire to put a rookie card of a Hall of Famer in my top 10 sidebar. being able to jump on this auction for less than the cheapest cards I could find on COMC or sportlots. This past Saturday, I pulled a Barry Pederson card from a repack, and it reminded me of my desire to get a Neely rookie. With a nice sum in my Paypal account, it was finally time. 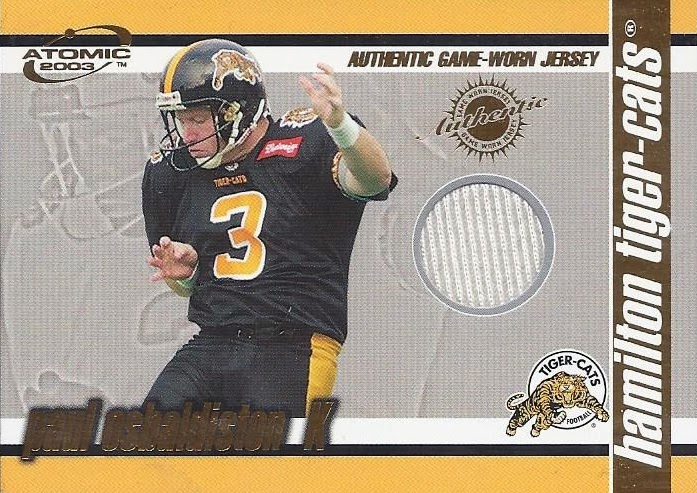 Second up was a simple, plain white relic. But, it is my first relic from my favourite CFL team. As an extra bonus, it is from a position that rarely sees any love from collectors. But, Paul holds pretty much every kicking record in the history of the Hamilton Tiger-Cats, and kicked the Ticats to a pair of Grey Cup wins.

Not bad at all as a repack turnaround, and I've still got a set-bulding box to go.
Posted by buckstorecards at 17:14