OK. Finally time to start digging into the boxes. I really wasn't sure how I'd go about splitting up the post, but the boxes solved it for me. 1 box - 3 rows of cards. Perfect. I'll go left to right on this working my way through the packs.

So, this here is the left side of the first box.

And I'll open with the box topper. In both boxes, the box toppers contained buybacks. Although I was hoping for one of the panels, I'll be thankful these are easier to store. 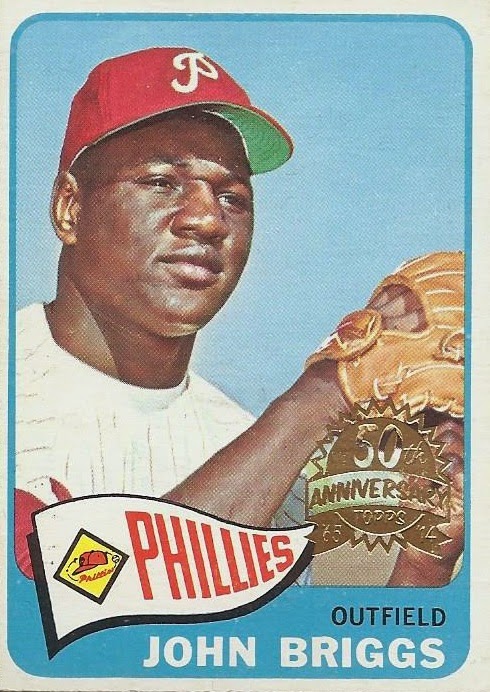 John Briggs is my buyback. The stamp is annoying, but it is placed in probably the best position not to be too annoying and still be there. And on the bright side, it is my first card with that Phillies logo on it. So that's that. 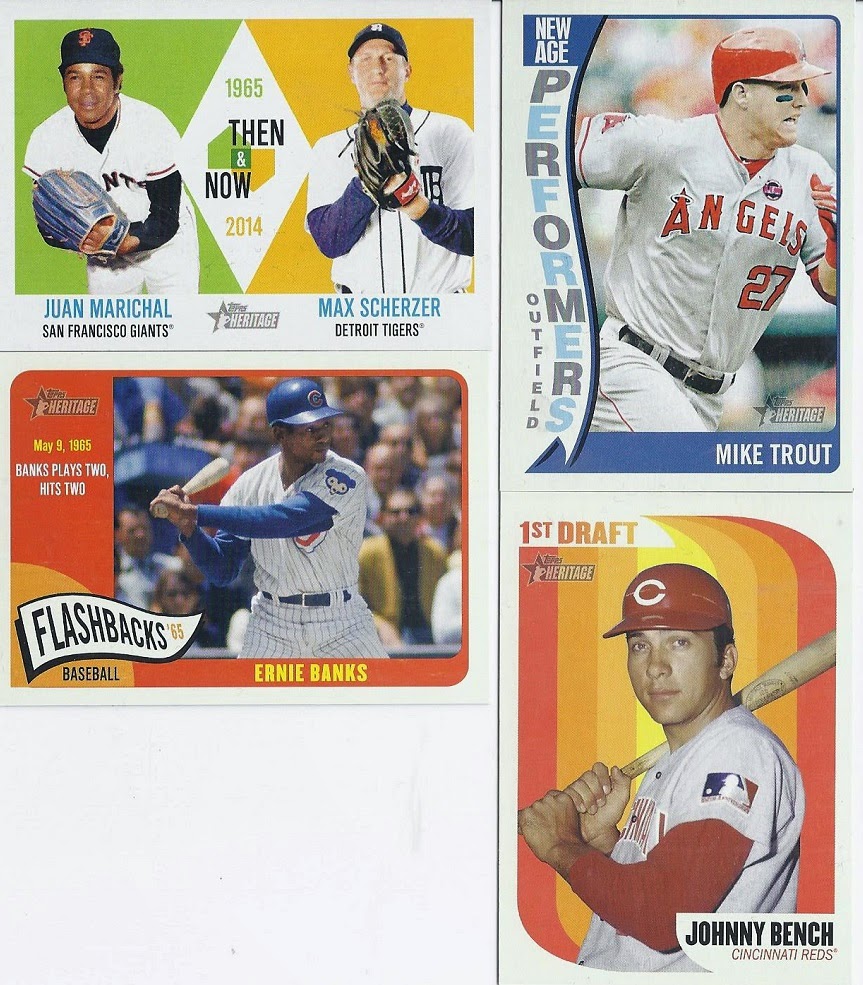 These were the inserts. I think most of these will be offered up for trade at some point, especially considering I pulled a good number of dupes in some of these. I'll  probably get something up by the weekend when I get things collated. 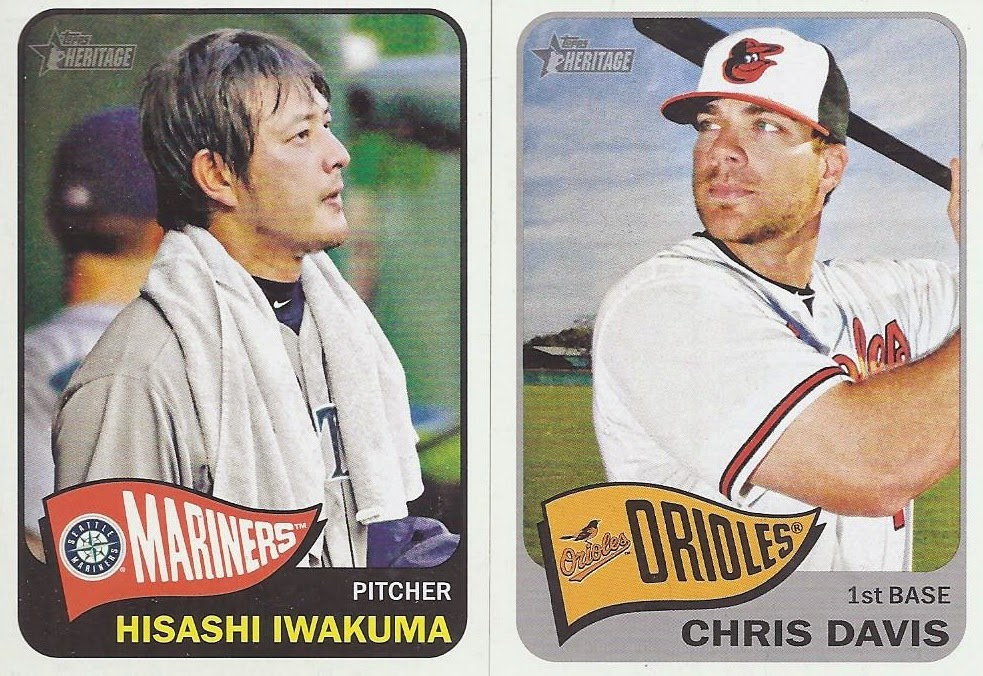 Here are the SPs from this side. Not bad in terms of names. I think one of the even more SP'd Goldschmidt parallels also came from this side as well.

Blue Jays content. Not the most flattering facial expression on Lawrie. 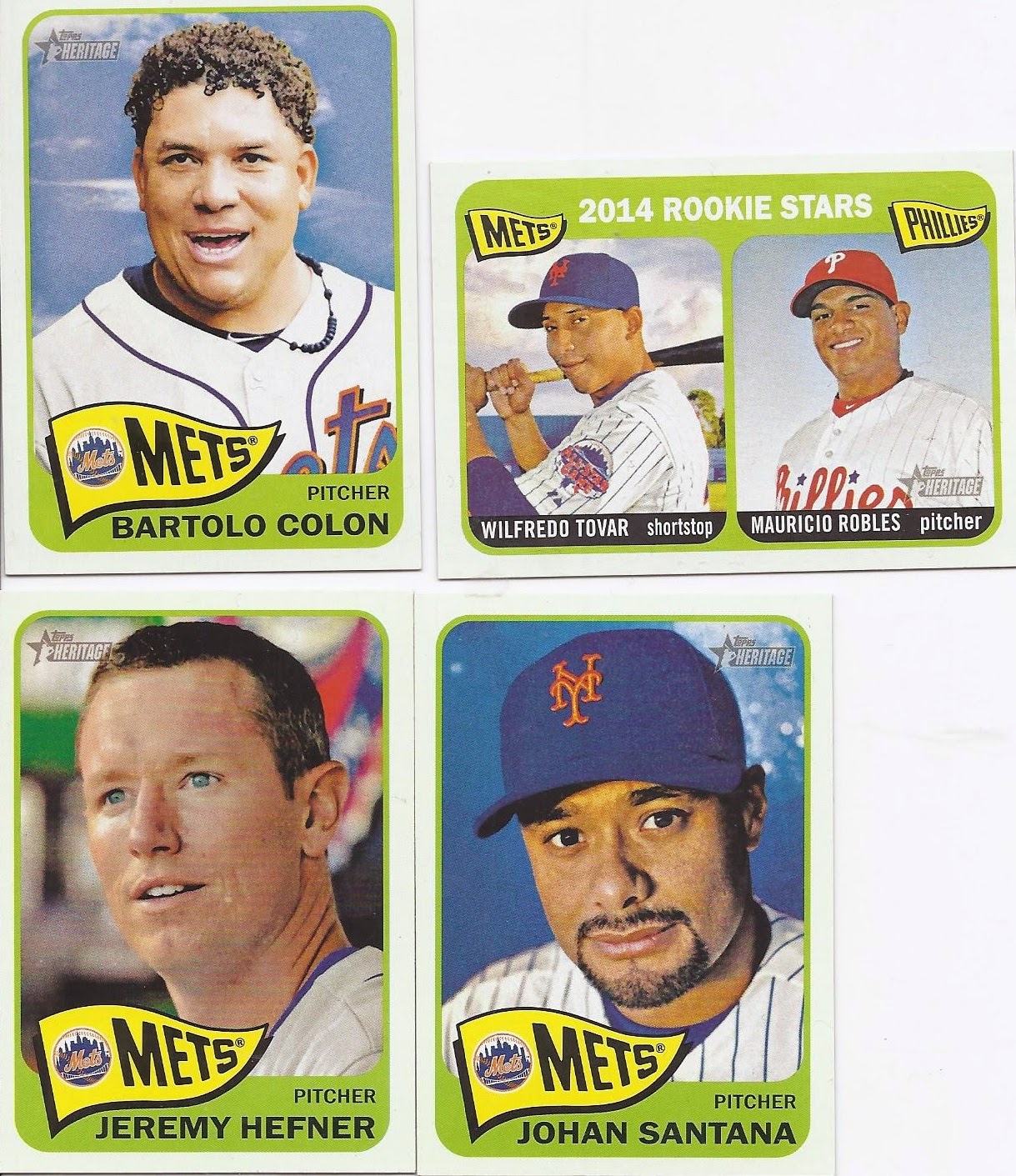 3 Jays are nice, but 3.5 Mets is even better, Photoshopping notwithstanding on the Colon. And the fact they didn't have a chance to photoshop Johan into a new uniform.

You can't really be hoping for great pictures in this, but you still can get some gems. 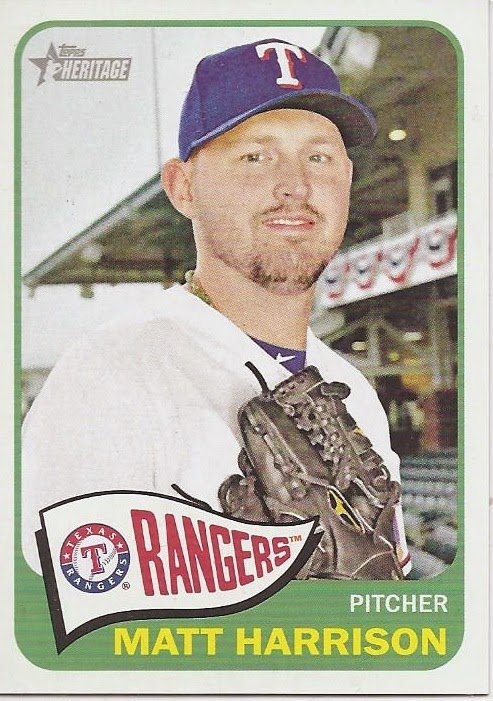 Such as this one with the stadium bunting in the background. 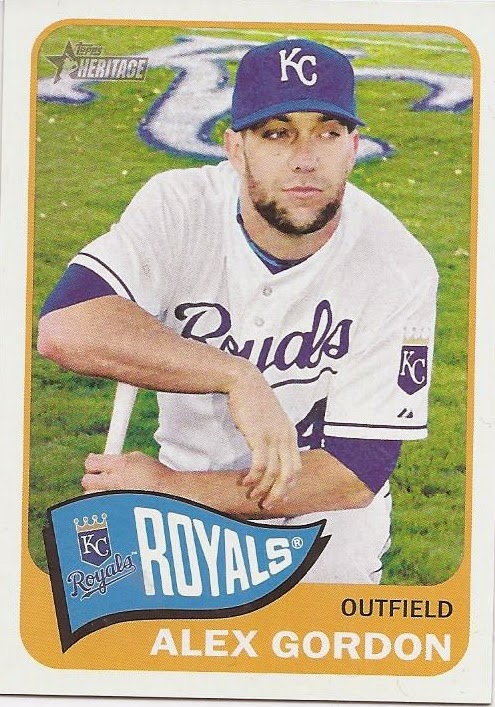 Or the perfect placement of the logo in the grass behind a very bored-looking Alex Gordon. 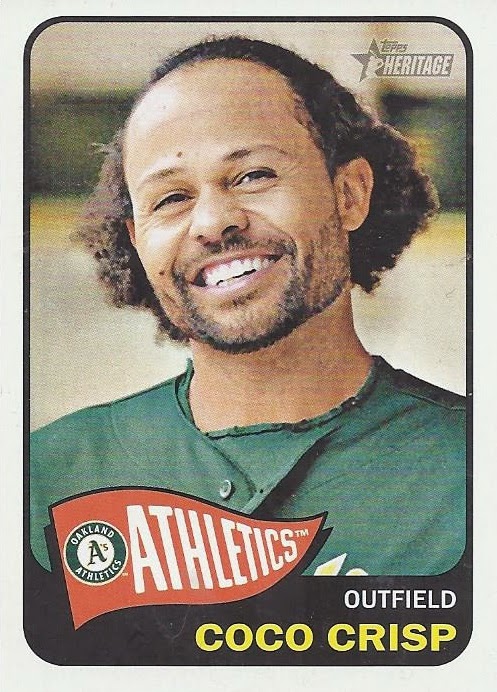 But my favourite of this side goes to this Coco Crisp. Now we know why he was wearing the 'fro in the flagship base. Glare.

Decent enough start, despite the lack of either a hit or a numbered card. Tomorrow, the middle of the box.
Posted by buckstorecards at 16:58