Not quite dime-box goodies - Part 7

Let's wrap up the hockey portion box with some miscellany. 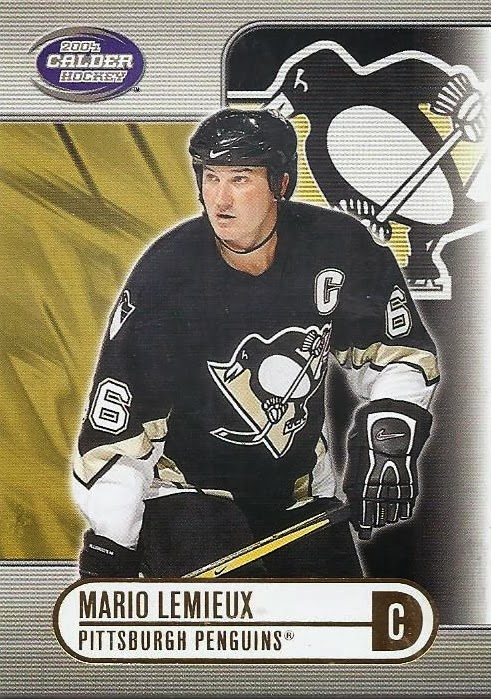 A card of Mario for less than a dime? Sounds like a good plan. 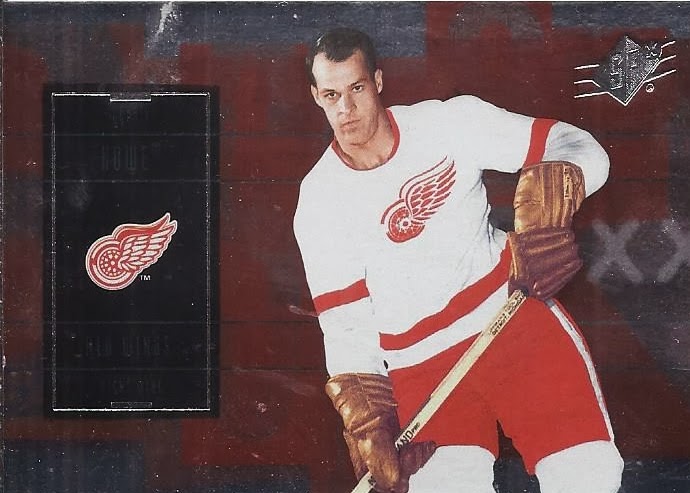 Ditto for Mr. Hockey himself. 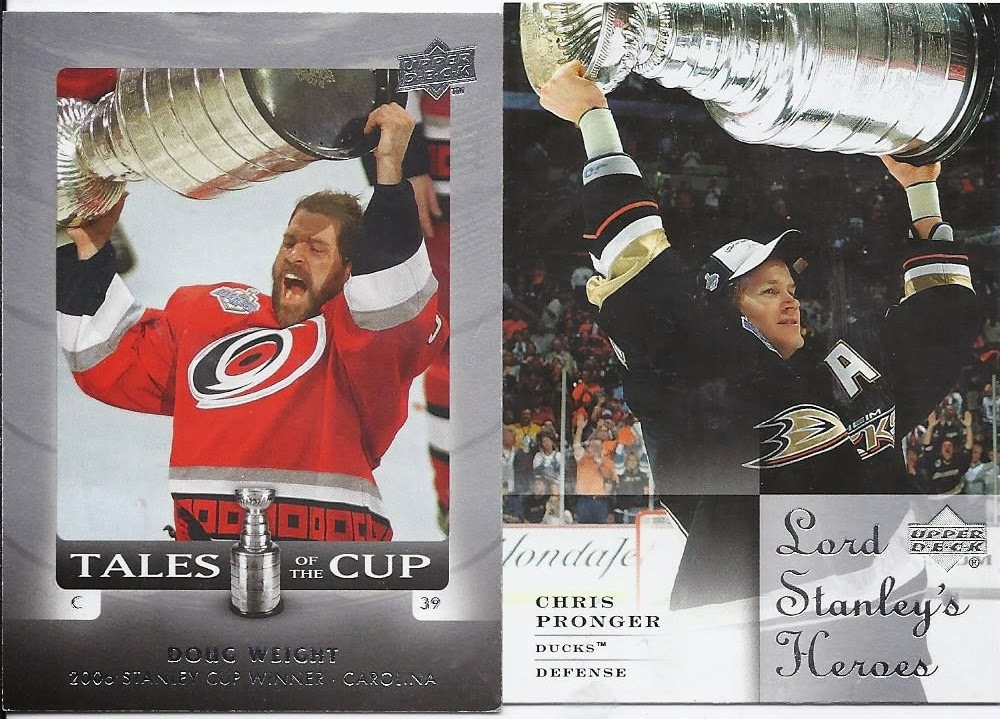 And also ditto for any card that features the hoisting of the Cup. Even if the Ducks one was against my beloved Sens. 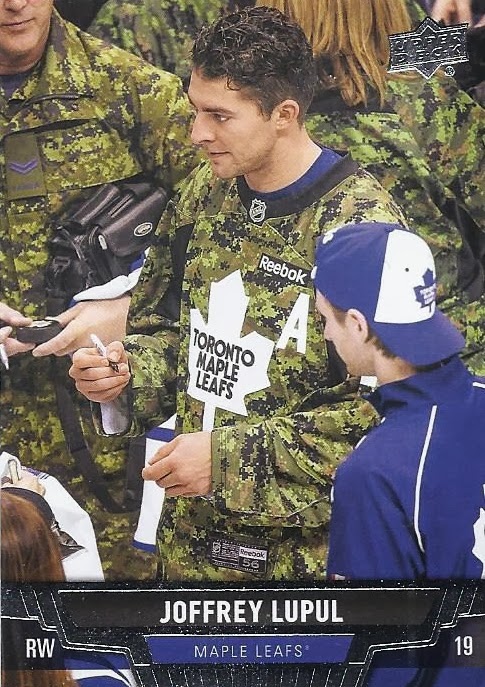 Picking up a Leafs card voluntarily for non-set building reasons? When it features Lupul signing autographs wearing an alternate uniform, it's an easy pick-up. Even though I don't think the Leafs ever wore those during an actual game, but at least if they show up on a card as a swatch, we'll know where the "event worn" comes from. 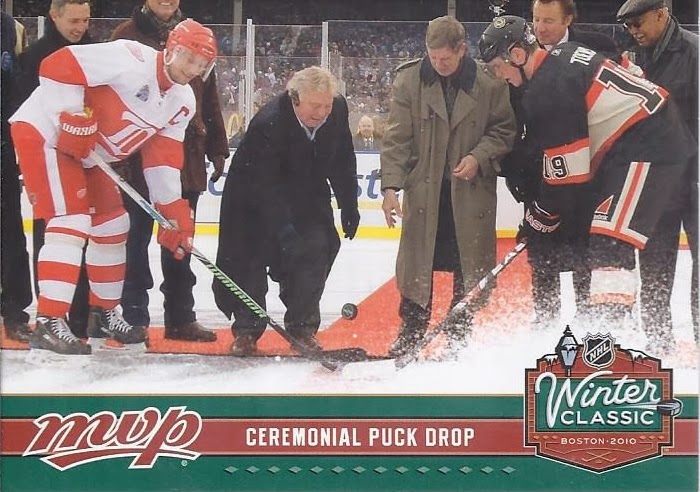 Throwback uniforms. A ceremonial puck drop from the winter classic. A beautiful card. 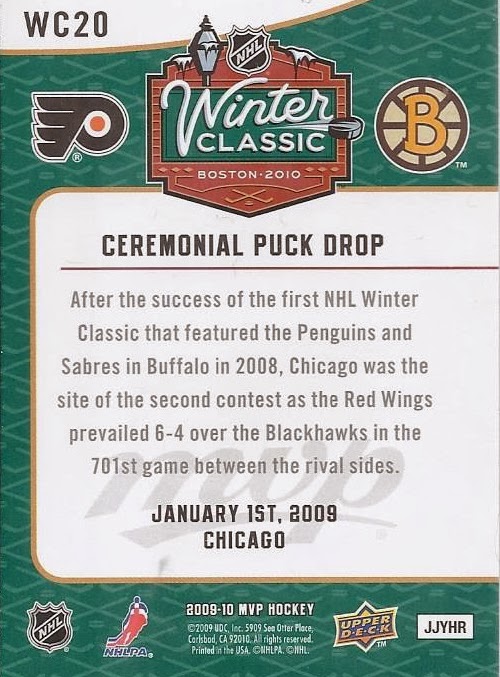 But you'd think that, even they were promoting the Boston/Philly game, that they'd put the Chicago and Detroit logos on the card. How'd you like to handle this one in a group break? 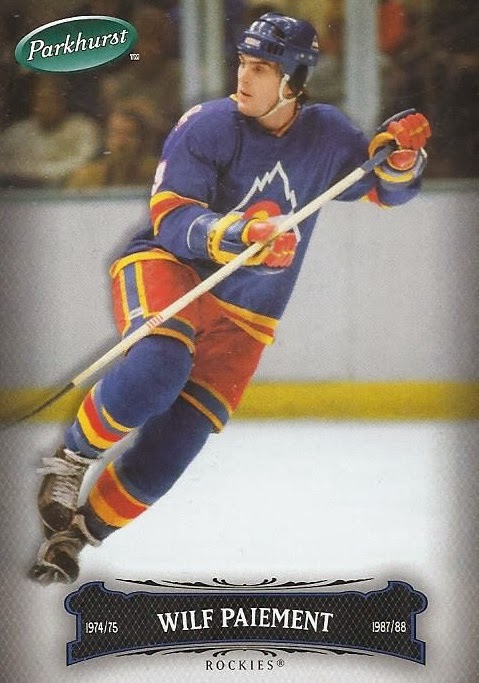 I can't get enough appearances of the Colorado Rockies jerseys on cards. I'd love it if Parkhurst made a return alongside UD's exclusive deal, if for nothing else that some of the oddball players that show up in these. 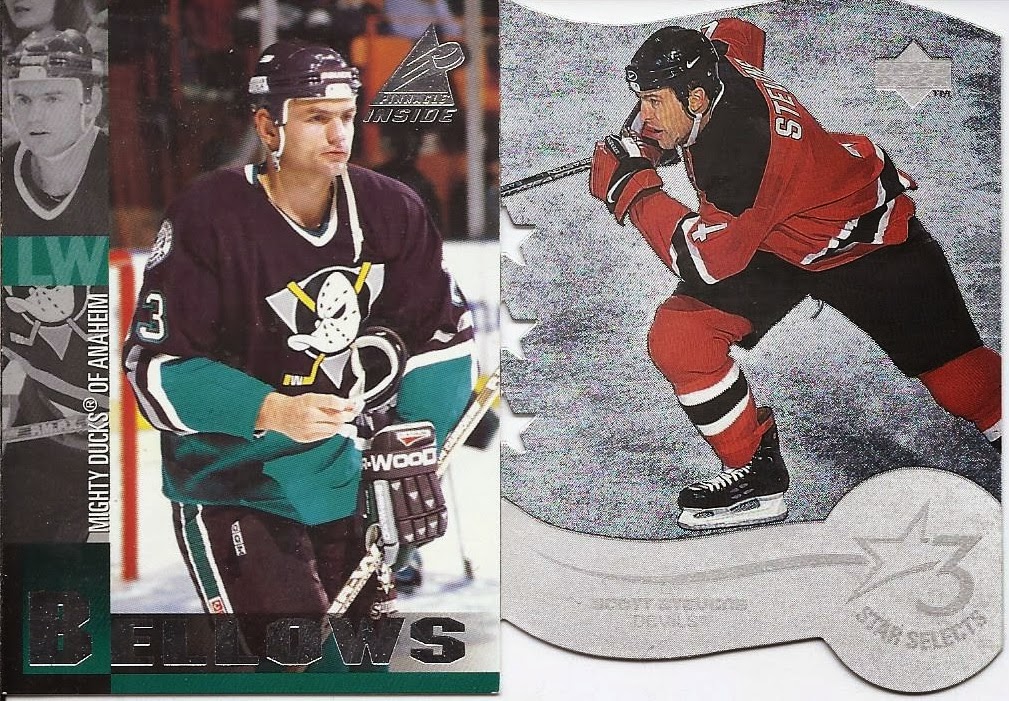 And to wrap this up, here's a pair of Rangers alumni.I'd completely forgotten about Bellows' time with the Ducks.


Posted by buckstorecards at 08:51